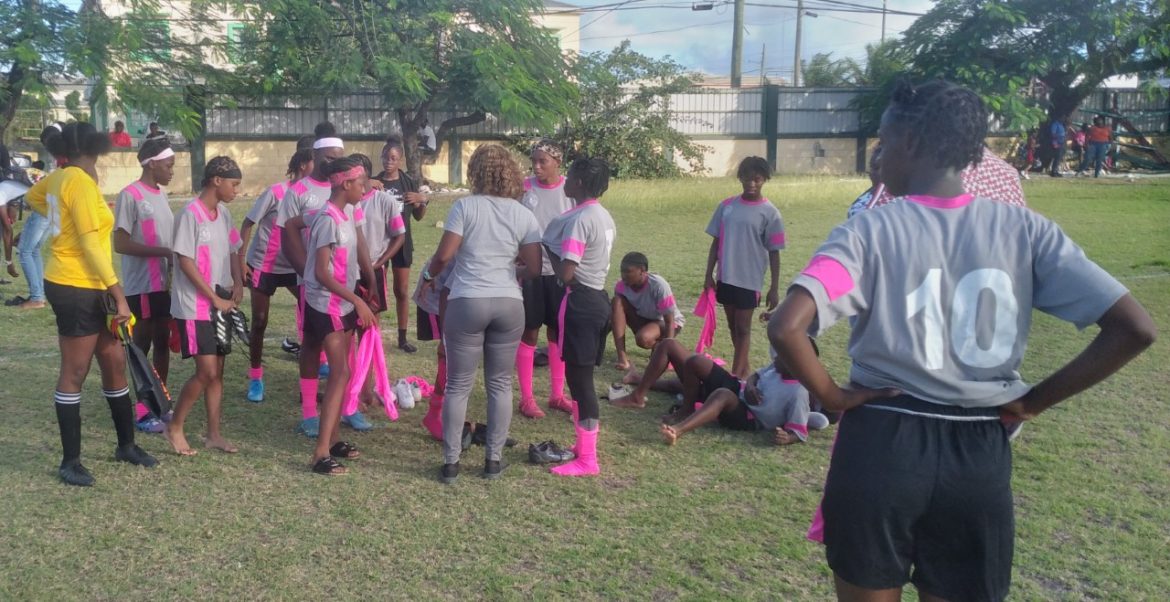 Coordinator of the Ministry of Sports’ Inter-Schools Football Programme, Rohan “Porridge” Benjamin,  has issued an apology to Principal Colin Greene, the school’s Under-20 Girls football team and the staff of the Princess Margaret School (PMS).

Benjamin’s apology was issued after a representative of the Ministry of Sports failed to show up to the trophy presentation ceremony awarding the PMS Under-20 Girls football team for winning the knockout title at the King George V Grounds on Thursday, 12th January.

Princess Margaret School hammered the Antigua Girls High School (AGHS) 9 – 0 in the final to capture the Knockout title and add to their victory in the Under-20 Girls’ league which they completed undefeated.

To everyone’s surprise and dismay, however, no official from the Ministry of Sports attended the ceremony to present the trophy at the end of the game.

In his apology, Benjamin said the unfortunate incident was the result of miscommunication with the Ministry of Sports official who was designated to make the trophy presentation to PMS.

Benjamin, who is also the coach of the Antigua and Barbuda Institute of Continuing Education’s (ABICE) Senior Boys, said he was unable to attend the presentation last Thursday because he had to prepare his team for the Under-20 Boys’ League final the following day.

“I just want to apologise for what happened. I couldn’t be there because I had to prepare the ABICE team for the Senior Boys’ final, but someone else was supposed to do the business; it never got done,” Benjamin said.

“It’s not really totally their fault. We got it totally mixed up with the people who are really responsible for the trophies and medals and so on, but what we will do, we will ask them (PMS) to prepare a day and the Ministry of Sports, obviously, will have to go there and make the presentation officially.”

The 2022/23 Ministry of Sports Secondary Schools’ Football League came to an end with ABICE defeating All Saints Secondary in the final to win the Under-20 Boys’ League at the ABFA Technical Center on Friday, 13th January.

Benjamin expressed gratitude to all his colleagues for their support through a challenging 2022/23 Secondary Schools Football season due to the lack of key infrastructures at the Ministry of Sports’ headquarters.

“I would say that we had some challenges; we had to work through them. At our workplace we don’t have all the things that we would have needed –  the internet and telephone and so on – but we never gave up,” Benjamin said.

“We worked hard, everybody had to double up and I want to say congratulations to all the coaches, the person who is responsible for the bus system to transport the players, Mr (Stanfield) “Shipwreck” Joseph, the Deputy Director, Mr Evans “Jawakie” Jones, and the Director, Mrs Heather Daley for doing a wonderful job.

“Now we turn our attention to the primary school football, and that will be kicking off on the 10th of February.”