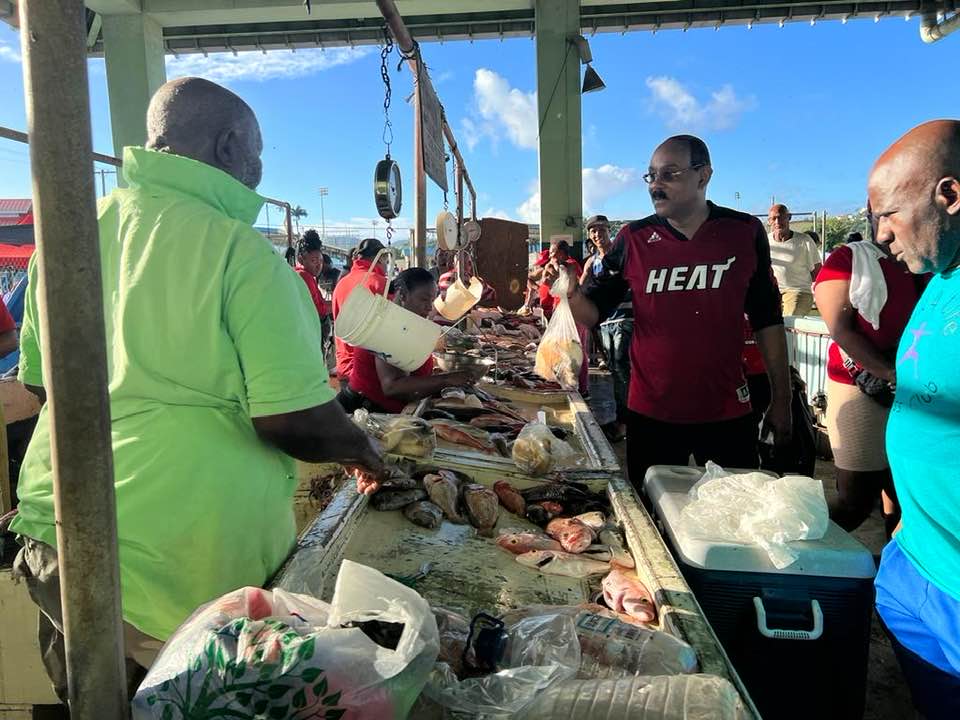 Concerned about the poor conditions in which fish vendors are plying their trade, Prime Minister Gaston Browne has undertaken to make improvements.

On Saturday morning, the head of government greeted shoppers at the Public Market and Fish Market, following his regular weekend fitness event.

Speaking on the Browne and Browne show on Pointe FM, the prime minister expressed dissatisfaction with the conditions in which fisherfolk conduct business.

He highlighted their need for a constant supply of water and mesh screens to protect the fish and other seafood products they sell from flies.

These necessities, he said, will be given urgent attention.

Browne also expressed concern about the garbage strewn around the public market.

“I have asked Minister Molwyn Joseph to reassign this guy [Jamale] Pringle who has made hundreds of thousands of dollars picking up dead dogs, to reassign him to the Fish Market to pick up the garbage on a daily basis.

“So, anytime at all that the garbage does not get removed, blame Jamale Pringle,” Browne stated.

While calling on vendors to take responsibility and avoid littering, the prime minister stressed that relief should be immediate for fish vendors that will allow them to operate under sanitary conditions.