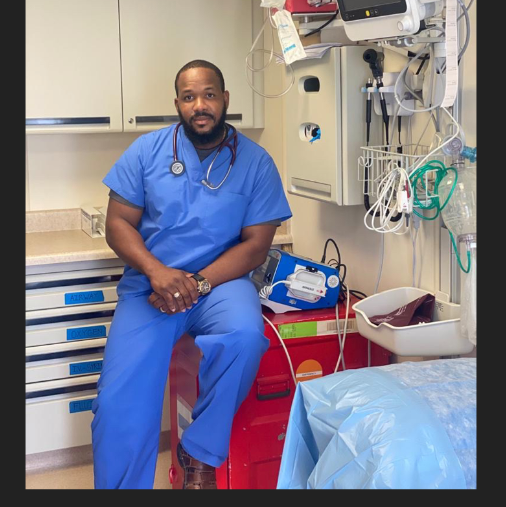 Resident district medical officer for Barbuda, Dr. Jeremy Deazle, on Saturday disclosed that 682 persons on the sister isle have received their first dose of vaccination, while 546 have received both doses.

Dr. Deazle was a guest on Pointe FM’s Browne & Browne Show when he provided the information.

He lamented that too many people are basing their choices and decisions about whether or not to get vaccinated on what he termed “nonsensical information” picked up on Facebook and other social media.

Dr. Deazle expressed hope that there will be a silver lining coming out of the recent death of a pastor who, on September 2, became the first COVID-19 fatality recorded in Barbuda.

The 64-year-old minister of religion breathed his last just as he was boarded onto a marine vessel for transportation to Antigua where he would have undergone additional medical interventions in an effort to save his life.

Dr. Deazle also lamented that many persons who are hesitating to get vaccinated are often lax and irresponsible about adhering to safety protocols such as mask wearing and social distancing.

“That is why I sometimes call the police to enforce the law. Because if you are not going to take the vaccine, but still be out and about, not wearing the mask, socializing, having parties, then you are going to put people’s lives at risk. And these are the problems we have right now: You don’t want to get vaccinated, but at the same time you are not doing what is required to protect yourself and protect other persons,” he stated.

Deazle added that unless members of the public play their part, the number of cases would continue to rise.

Health Minister Sir Molwyn Joseph, who was also a guest on the program, referenced the Pfizer vaccine which is now available and approved for use among minors aged 12-17.

Sir Molwyn urged parents to set the example by getting vaccinated, and also to “take their children to get that vaccine as well”.

However, Dr. Deazle explained that the Pfizer vaccine has not yet been deployed in Barbuda.

He warned that if safety measures – including vaccination – are not adequately put in place for students in time for the reopening of schools on September 13, Antigua and Barbuda could find itself “in a place that will be very difficult to return from … because kids are the ones who can carry the virus mostly without symptoms”.

Dr. Deazle suggested that mandatory vaccination for schools is something that needs to be seriously considered.