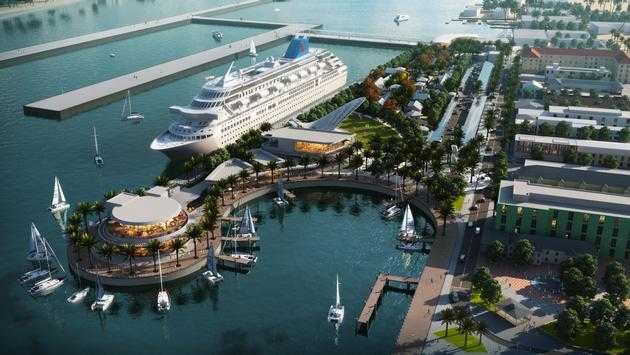 Angelo Butler – senior analyst at CFAL, the book runner for the BIF offering – told Eyewitness News: “It’s been going well, as expected. We have in excess of 500 subscriptions so far. That is in excess of $11 million.”

The $25 million IPO (initial public offering) that allows Bahamians to invest in the redevelopment of Nassau’s cruise port launched last Wednesday and the offering closes on December 17.

The cruise port operator has a 25-year concession to operate and manage Prince George Wharf, which starts when construction ends in 2022-2023 with an extension period of 15 years.

The board of directors of the fund is comprised of Anthony Ferguson, Antoine Bastian, and Owen Wells.

According to BIF documents, Bahamian citizens over the age of 18 are eligible to invest as the retail fund “aims to provide economic opportunity to tens of thousands of Bahamians by providing a pathway to share ownership in the port through NCP”.

“It is intended that the vast majority of shareholders will be small investors,” the BIF documents state.

“In order to ensure wide local participation, NCP will also provide financing to Bahamians so that the ownership base is as widely distributed as possible.

“The fund minimum investment for equity is B$1,000 to facilitate small investors.”

Work being carried out at the port includes dredging of a new Oasis-class berth on the northeastern cruise pier extension; the creation of a new mega-yacht berth, also on the northeastern pier; maintenance dredging to accommodate Quantum-class vessels on the passenger pier; and dredging at the rehabilitated Prince George Wharf pier, which is also being extended, to move from accommodating Dream-class vessels to providing space for the much larger Oasis-class ships.