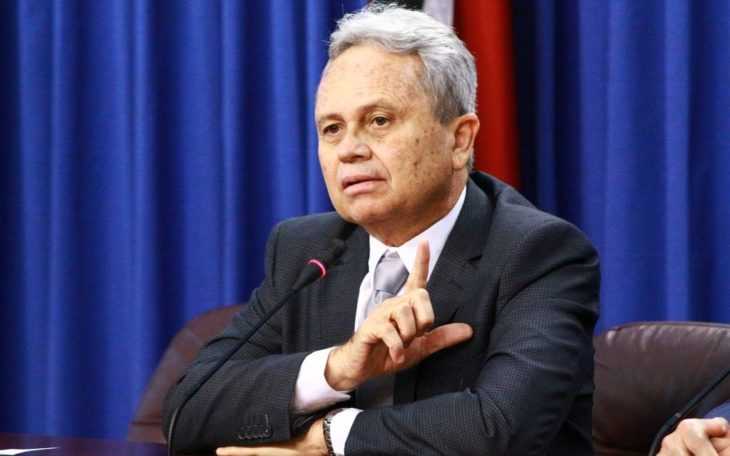 CMC – The Trinidad and Tobago government has tabled legislation in Parliament providing for a TT$10 million (One TT dollar=US$0.16 cents) and 10 years in jail for anyone who establishes or operates a Ponzi or pyramid scheme.

Finance Minister Colm Imbert tabled the Finance Bill No 2 which also provides for a five million dollar fine and five years’ imprisonment for anyone who participates in a Ponzi scheme, or a “prohibited scheme”.

Imbert told legislators on Monday that there is no specific legislation in Trinidad and Tobago which criminalises Ponzi and pyramid schemes and schemes of that nature, though there are various provisions in pieces of legislation that would allow the authorities to act once the scheme falls within certain definitions within the Securities Act.

“Some of these operators are quite clever and are fairly familiar with the grey areas in the law, and therefore have attempted to get around the areas of the law with their Ponzi schemes and pyramid schemes,” he said.

Imbert said Clauses 3 and 13 of the Finance Act address the criminalisation of these schemes under the Proceeds of Crime and Securities Acts, adding that the traditional “Sou Sou” arrangement was not being prohibited or outlawed because it had none of the features of the “prohibited scheme” or Ponzi scheme.

Attorney General Faris Al-Rawi sid the new legislation would deal specifically with fraudulent investments and financial transactions, and separate them from legitimate systems of finance.

He said the amendments would strengthen and broaden the ability of the Financial Action Task Force (FATF) in the use of administrative sanctions which could protect the public who may be swindled out of their money.

He told legislators that while under the existing Securities Act, fraudsters could use shortfalls in the law’s definition of an investment contract to justify their schemes in court, the amendments would close these gaps using case law to tackle criminals.

“Ponzi schemes and pyramid schemes weren’t a part of Trinidadian landscape today or last year. They have been around for a while. But when you look the fact that these investment, too-good-to-be-true schemes can fall outside of the definition of an investment contract, we came up with this particular definition so we can capture two very important aspects of case law … In our definition of a prohibited scheme, we are making sure to capture where last incoming money is used to pay for investments that have been put in already.

“In other words, if you put in your TT$3,000 and they promise you TT$28,000, you don’t want to use other people’s TT$3,000 to come and pay for your TT$28,000,” Al-Rawi said, adding that the  amendments of the Proceeds of Crime Act would also seek to raise fines and deal with shortfalls in the legislation and widen the net to deal with white collar crime.

Imbert reminded the Parliament that in September last year, in the public domain, “There were many reports in the local media suggesting the operation of a well-organised money laundering scheme under the guise of a pyramid scheme in Trinidad and Tobago.”