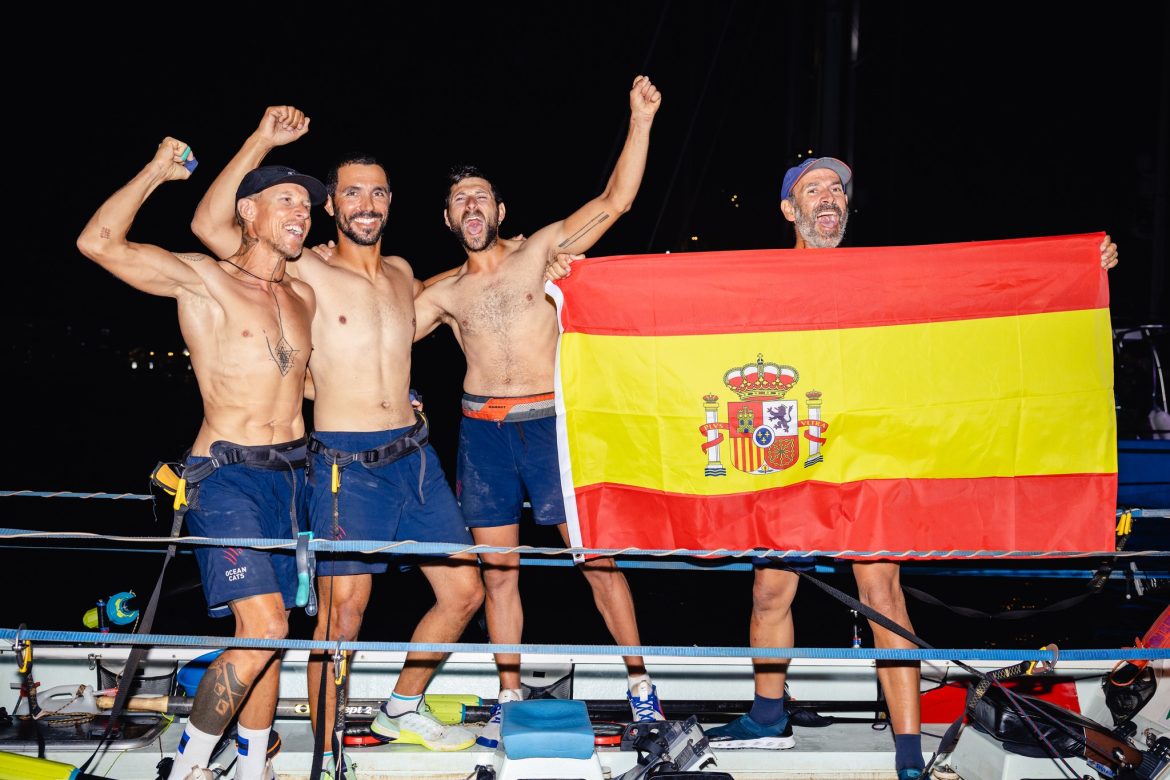 The Spanish team, Ocean Cats, was declared the overall winner of the Talisker Whisky Atlantic Challenge, which is described as the world’s toughest row.

As the overall winner, the four-member team lifted the coveted MacAskill Trophy.

They took on the challenge to raise funds for and highlight the work of Surfrider Foundation Europe, a non-profit organisation involved in the fight for the protection of the ocean and its users.

With family, friends and other supporters staying up late to welcome them, team Ocean Cats from Spain disembarked their vessel to loud cheers and applause.

CEO and race director of Atlantic Campaigns, Carlston Heron, was among those on hand to welcome the rowers.

“To see you take off in La Gomera, to see the preparation you have gone through has been focused. You had one thing on your mind and that was to win the race. I am happy to give you the McAskill Trophy as the winner of the Talisker Whisky Atlantic Challenge 2022.”

An Ocean Cats team member spoke of the journey they undertook and the challenges they encountered in the Atlantic Ocean after leaving La Gomera on 12th December, 2022, including the failure of the battery system on their vessel.

“We got lucky that we are all safe. We have felt a lot of feelings, in some ways happiness. We have been in a storm during Christmas, so it has been a very special Christmas for us.

“Heavy rain, strong winds, high waves, but at the end we have managed to be here, so, we are very happy,” the team member recalled.

More teams arrived in Nelson’s Dockyard over the weekend and others are expected in the coming days as the curtains fall on the 2022 Talisker Whisky Atlantic Challenge.

Major plans in the pipeline for Barbuda

TIME TO SAY YOUR PRES.