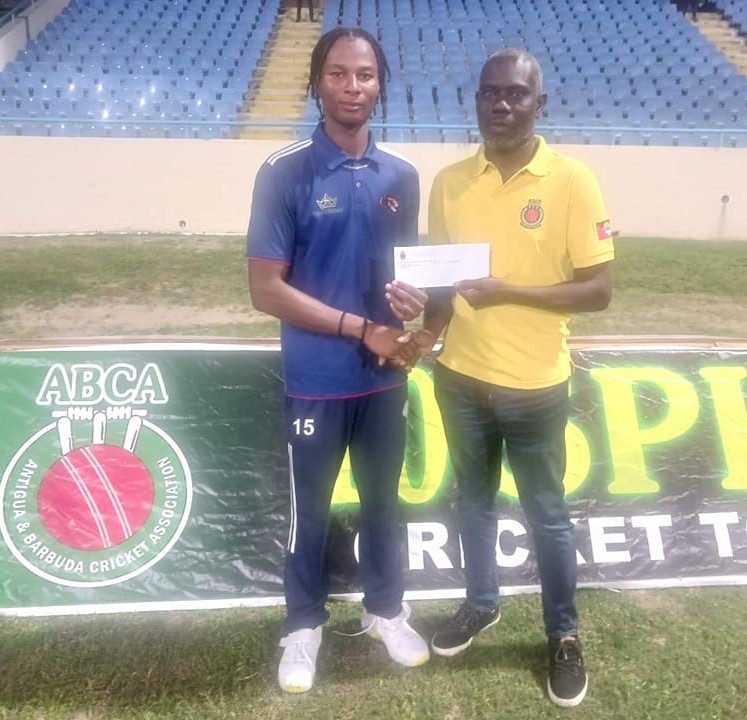 They pulled off an eight-wicket victory over Bolans Blasters in the second match of a Zone A double header at the Sir Vivian Richards Cricket Stadium.

Bolans produced a poor batting display, only managing to reach a total of 53 for 9 off their allotted 10 overs after winning the toss and opting to bat.

Thirteen extras were the top contributors to the total in which opener, Tajeja Tonge, was the only batsman to reach double figures with a knock of 11 runs off 12 balls.

New Winthorpes Lions then coasted to victory by scoring 57 for 2 with 23 balls to spare.

Hilroy Andrew Jr. struck an unbeaten 28 off 14 balls with 3 sixes and a four and Ishmael Peters, who opened the innings, made a run-a-ball 14.

It was the first win in three matches for New Winthorpes Lions while Bolans Blasters tumbled to their third loss in as many outings.

Meanwhile, Wednesday’s second ther Zone A affair between PIC Insurance Liberta Black Hawks and Police was abandoned due to rain.

Police were unable to bat because of the rain, but Liberta Black Hawks made 89 for 3 off their 10 overs after winning the toss and choosing to bat.

Tariq Charles chipped in with 11 runs off 14 balls while Lashorn Barnarde picked up 2 wickets for 6 runs.

It was the second time in four encounters that a match involving Police had to be abandoned due to rain.

The ABCA 10 Splash continues with a Zone A double header on 13th January.

A Zone B triple header will take place at the Sir Vivian Richards Cricket Stadium this Saturday.

Empire Nation will oppose Jennings Tigers at midday, Combined Schools will face Freetown at 2:30pm and Caribbean Union Bank Bethesda Golden Eagles will clash with All Saints Pythons at 5:30pm.

Abolition of works permits: an example for regional integration