New creole initiative to begin in Dominica’s schools in June, 2021 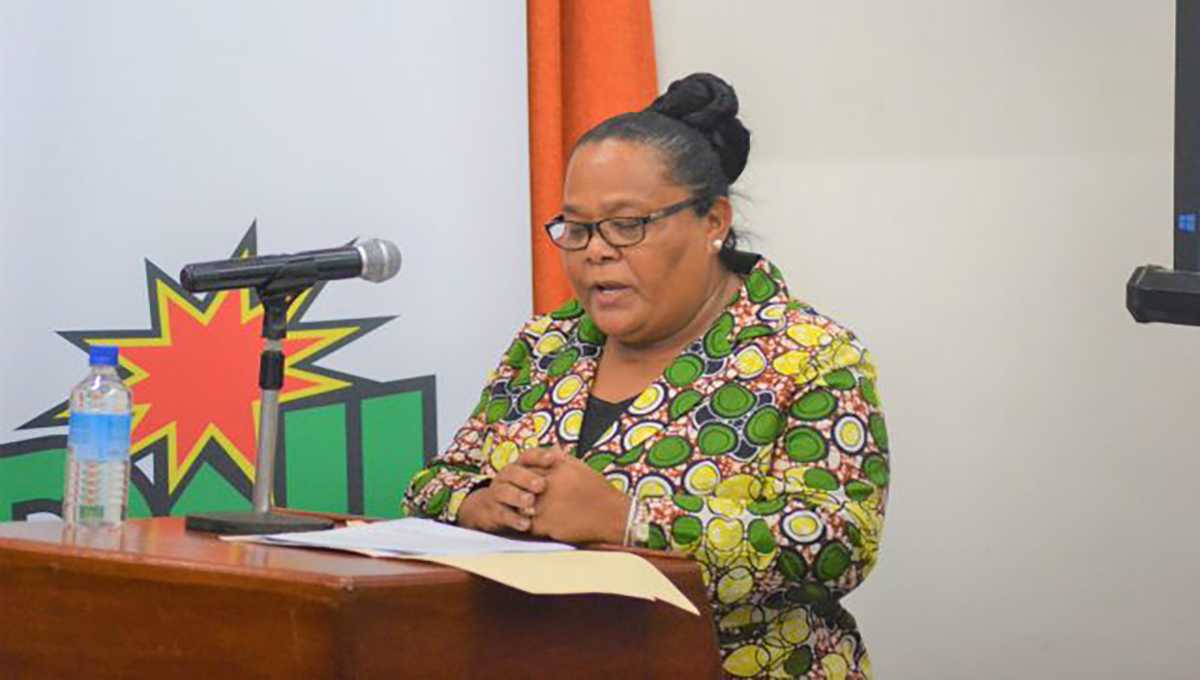 In an effort to enhance the creole language among students here on island, Minister for Education, Human Resource Planning, Vocational Training and National Excellence, Octavia Alfred, has announced a new programme which will be implemented in all schools come June 2021.

Speaking during a Creole Symposium held on February 24, 2021, under the theme “Language and Culture Preservation: The impact of Creole on Dominica’s Education System,” Alfred disclosed that it’s time to stop talking and take action.

“A simple two-page guide will be ready to send to the schools by the end of this term. This will be directed at two levels, primary and secondary. The document will be used at all schools to conduct a simple programme called ‘A five-minute pause for the Creole cause’,” she revealed.

According to the Education Minister, this programme will be conducted in Term III and all schools will be given the option to choose their five minutes, but the entire school must pause at the same time.

She further informed that the learning institutions will use a simple guide to engage the students daily for the timeframe in creole exercises and encouraged the schools to use a nice cue to alert students when the period has started.

“Maybe a special ring by the bell…or a piece of [a] Creole song on the school speaker, so when those children hear that, they know to drop everything and get ready to take a five-minute pause for the Creole cause,” Alfred explained.

The Education Minister is hoping that by the end of the year, all students in Dominica will be able to hold a basic Creole conversation.

“We will keep this simple, no writing yet, no spelling of words, just oral language, conversational and the singing of a few songs,” the Minister said. “Sometimes we fail because we complicate and sophisticate simple things.”

She is of the view that in Dominica, culture isn’t pushed in our schools as with other Caribbean islands and lamented that the culture has changed to the point where students are ridiculed for speaking the language and the educators themselves can barely understand Kweyol.

“It is not enough to try to create a deep awareness, a broad or simple understanding and a big celebration of the culture of a people and who we are for just one month out of an entire year,” she stressed. “Dedicating a month to our heritage, culture and nationhood of who we are and what we stand for will not suddenly make everybody celebrate who we are and take time to learn more, it will not.”

The former school principal-turned-government minister called for greater action and collaboration from all stakeholders and pointed out that the focus is often placed too much on financial gain as opposed to the commitment and effort to develop our rich cultural heritage.