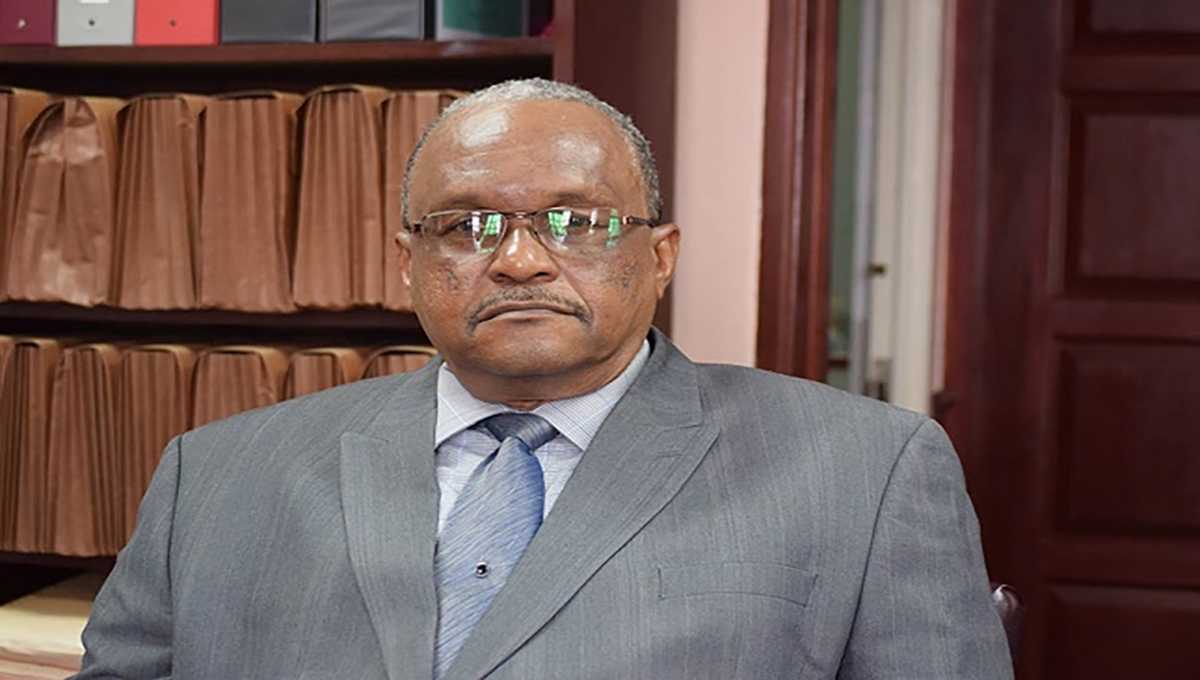 He said the National Security Strategy provides a comprehensive plan for an “all-of-government approach” to ensure a safe and secure environment for citizens, residents, and visitors.

“The objective of the NSS is to clearly determine the threats that impact, or could impact, the Federation of St. Kitts and Nevis, inform the citizenry, as well as provide for and take those actions that are necessary to ensure the safety, security, and stability of the nation and its interests,” said Major General Saunders.

“The document represents the results of a detailed and in-depth study that was embarked upon by the Government of St. Kitts and Nevis, together with consultations with all the relevant stakeholders to include a very wide cross-section of the public,” said Major General Saunders.

“The Government now presents the strategy for dealing with the Federation’s threat realities and outlines the threat assessment, approach, tier rating system, responsibilities and their allocations, tangential or cross-cutting issues and closing statements,” explained Major General Saunders. “Through the strategy, all government agencies, ministries, and departments are expected to review their structure and operations to ensure that the security of the nation receives priority attention as required.”

Major General Saunders said the threat assessment is derived from a cross-section of entities.

“I would like to point out that the threat assessment is not something that has been pulled out of a book,” he said. “It is as a result of the interaction between people, organizations, agencies, ministries and other departments and these have been compiled.”

Major General Saunders said the NSS document outlines steps that the Government intends to take to make sure that a proper National Security Architecture is in place to deal with these threats.