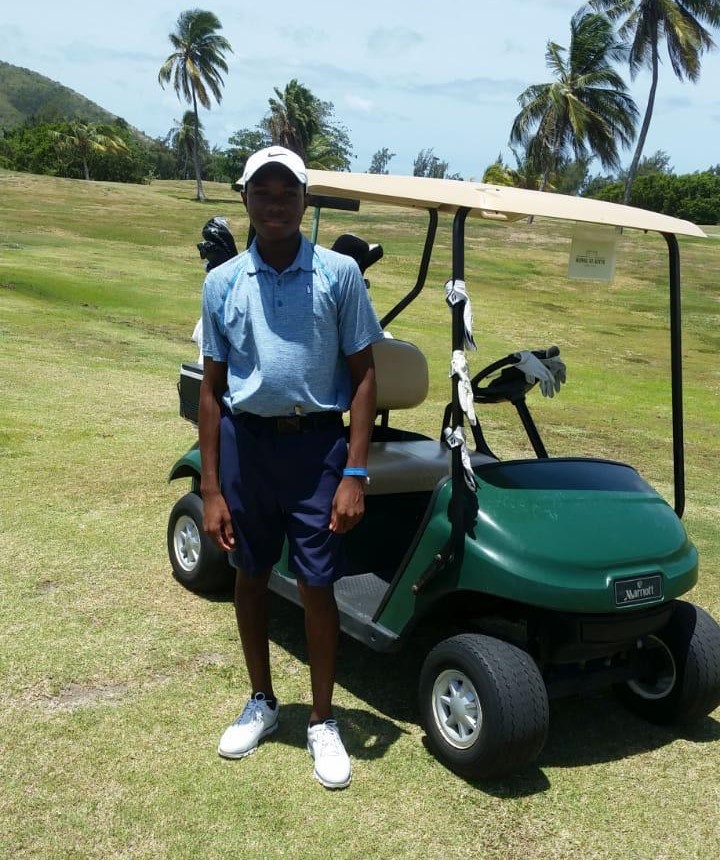 The 18-year-old James will be pursuing studies in Business Management at Kentucky State University.

James will make his debut on the golf course for Kentucky State University during the Men’s Golf Spring Schedule which will commence with the Delta State Invitational at the Cleveland Country Club in Cleveland, Mississippi, from 13th to 14th March.

James will participate in the Shorter Hawk Invitational at Stonebridge Golf Club in Rome, Georgia, from 2nd to 4th April and the SIAC Conference Championship at location to be announced on 17th to 19th April.

The young Antiguan golfer is also planning to contest either the NCAA Regionals or the PGA Collegiate Championship on 8th to 10th May.

accomplishments and Awards in Antigua and other countries in the Caribbean.

James won the Trinidad Junior Open in 2018 and the St. Kitts Open Junior Championship in 2016.