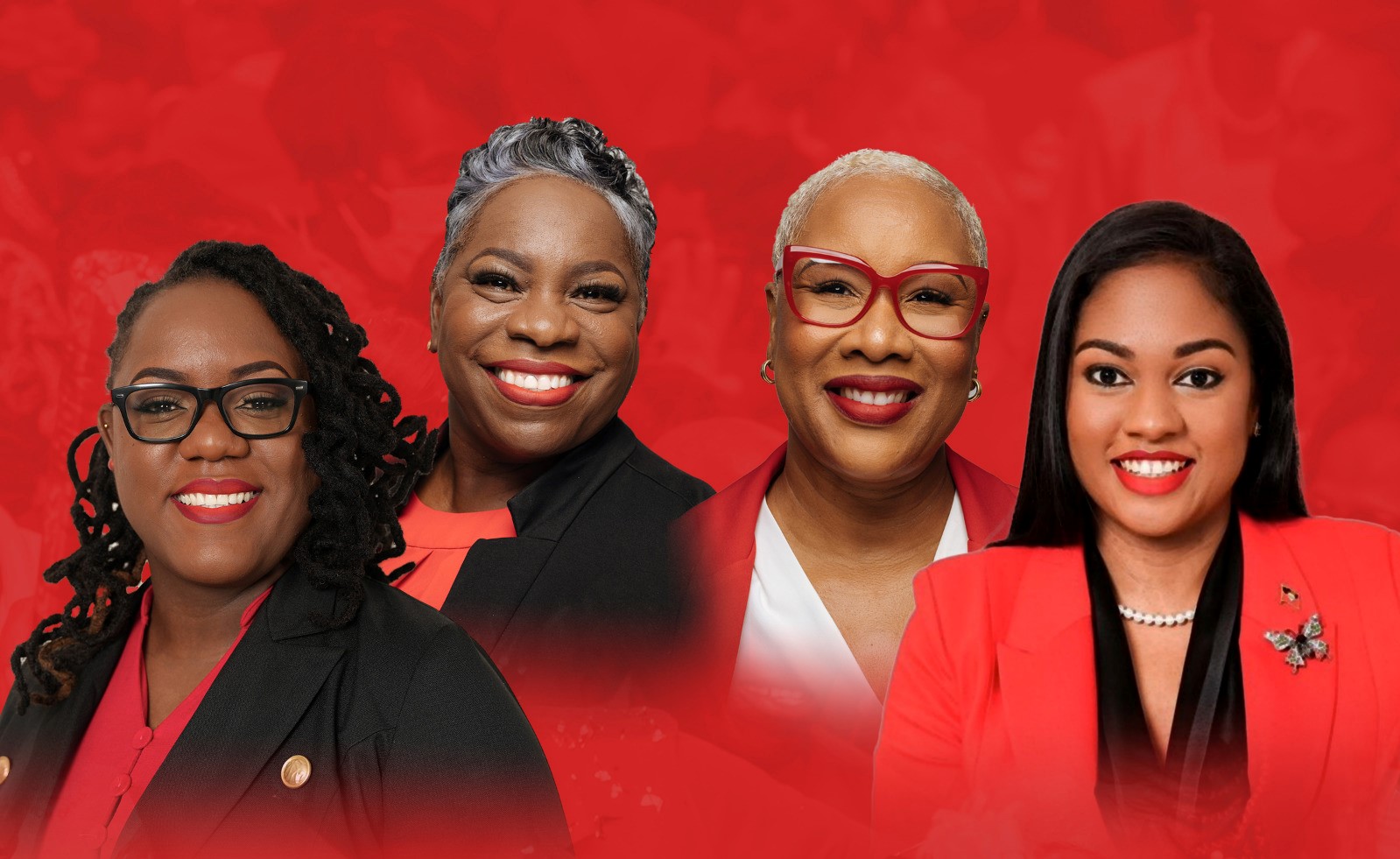 Prime Minister Gaston Browne says when his administration is returned to power after the next election, women will play a prominent role.

In an appearance on Pointe FM this week, the Antigua Barbuda Labour Party (ABLP) leader said Samantha Marshall and Maria Browne, who are poised to retain their parliamentary seats, will be joined by Gail Christian and Knacyntar Nedd who are both expected to win in their constituencies.

“It’s not very often I go as far as guaranteeing Cabinet positions, but I’ll say here that in the case of Samantha Marshall,  who is the Labour Party female pioneer in the Lower House, I mean, her position in the Cabinet is assured.

“Minister [Maria] Browne has a great seat in the Cabinet, so evidently, her position is also assured.

“Now…we know for sure that Comrade Gail, based on empirical evidence, is winning, and we haven’t polled Barbuda, but we have information to confirm that Comrade Knacyntar Nedd is definitely on her way into the Lower House,” Browne said.

The prime minister in the latter part of this administration has made clear that he is intent on closing the gender gap and including more youthful representation at the highest levels of government.

To this end, he noted both Christian, who will appear on the St. John’s City West ballot, and Nedd, who challenges the incumbent Trevor Walker in Barbuda, will be welcomed to his cabinet in the new ABLP administration.

“I want to assure both Comrades Christian and Nedd that [they] have a place in the Cabinet.

“This is driven by the need for greater gender equity, not only in the Lower House, but also gender equity in the Cabinet,” said Browne.

The Gaston Browne administration has been the most progressive in its inclusion of women and young people in top roles.

Most recently, it was announced that Caleb Garniner, 22, will replace Eustace Lake in the Senate upon his retirement.

The prime minister also noted that several young people will take top leadership positions on various boards, as directors within the government and other key positions that will allow for a smooth transition of leadership in the country over time.