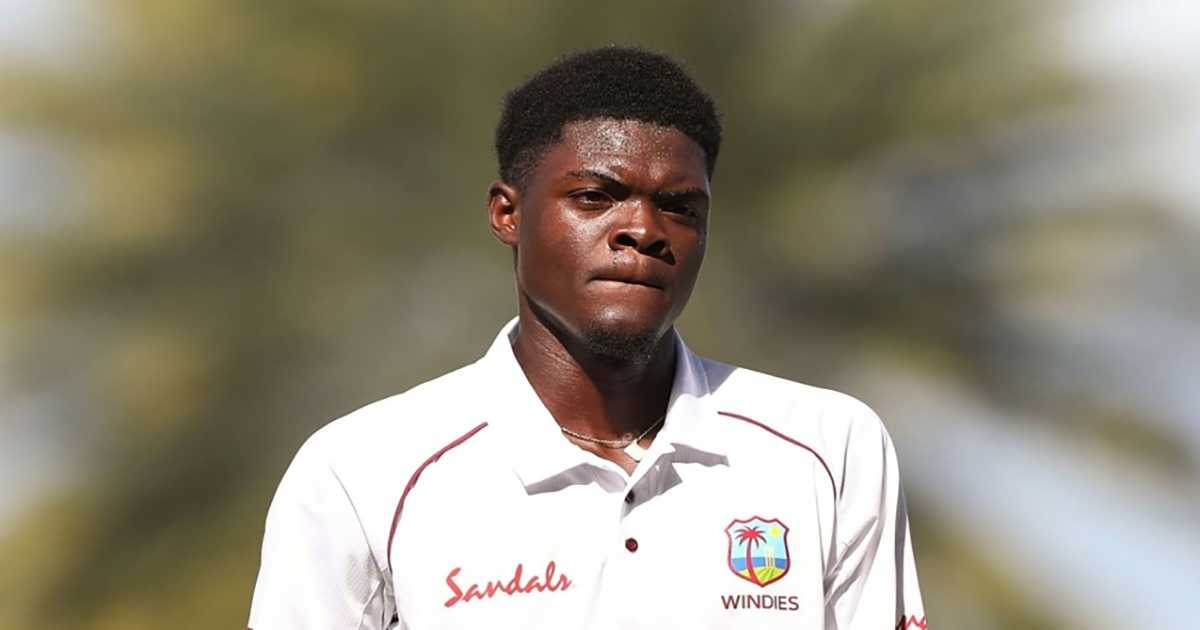 SportsWorld Magazine – It was not all smooth sailing for West Indies emerging all-rounder Alzarri Joseph on his English County Championship debut, but he still managed to take four wickets and got a useful score with the bat as the match ended in a draw on Sunday.

Antiguan Joseph finished with figures of 2/86 in the first innings after taking the wickets of Fynn Hudson-Prentice (6) and Michael Cohen (0) off consecutive balls of the 99th over of the first day’s play against Derbyshire on Thursday at Derby.

Derbyshire had ended on 360/8 with Matt Critchley scoring 109 and Leus du Plooy 98 in a trying day for the Worcestershire bowlers. They were eventually bowled out for 390 on Friday’s second day.

Joseph ended with figures of 18-3-86-2 on his first day of play for the Division 1 County Championship team.

He returned with the bat to make a valuable 46 off 55 balls in 85 minutes with eight fours and a six.

The attacking right-hander shared a vital seventh-wicket stand of 51 with Ed Barnard (23) which took the score from a shaky 231 for eight to 282 before Barnard was dismissed. Worcestershire’s 309 was 81 runs less than Derbyshire’s first innings.

He took one for 18 in the second innings as Derbyshire were 268 for five in their second innings on Saturday, leaving 353 runs at the end of Saturday’s third day.

Joseph scored only four in Worcestershire’s second innings score of 193 for eight as the match ended in a draw.

Back to back centenarians celebrations