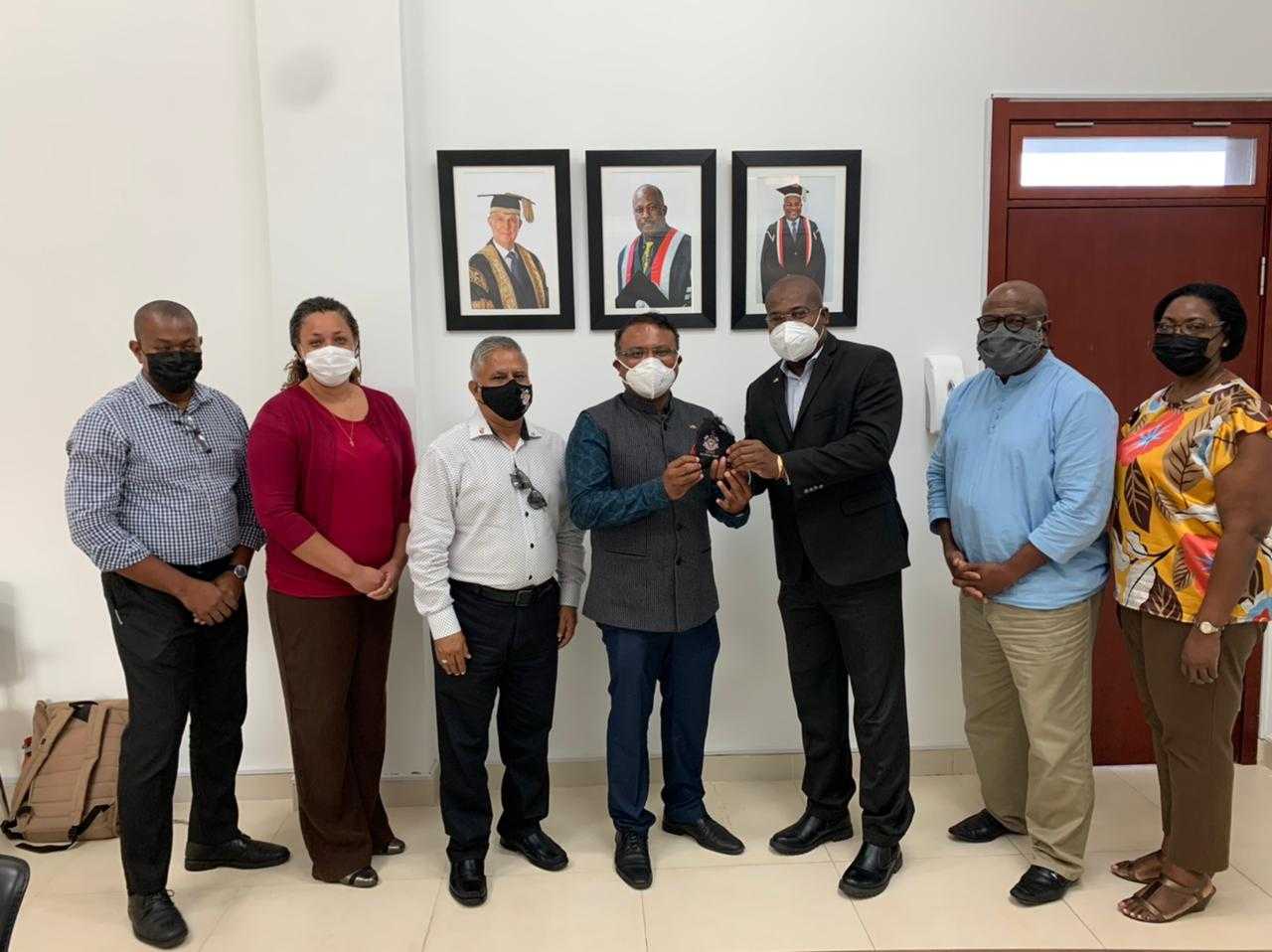 The University of the West Indies, Five Islands Campus welcomed the Indian High Commissioner to Antigua and Barbuda, His Excellency, Dr. K.J. Srinivasa to its campus on Tuesday 21 September.

The High Commissioner paid a courtesy visit accompanied by Honorary Consul of India in Antigua and Barbuda, Mr. Vijay Tewani.

This visit was in keeping with a pledge by Honorary Consul Tewani who paid a formal visit to the campus in May 2021.

Principal of The UWI Five Islands Campus, Professor Densil Williams, thanked the High Commissioner for including the university in his visit and looked forward to working with him and the Government of India, as well as other Indian stakeholders, to build strategic partnerships.

Discussions were held between High Commissioner Srinivasa and the senior management team of the Five Islands Campus, and included potential areas of collaboration between Indian institutions and The UWI, as well as opportunities for expanding training and exchange programmes.

One major area of discussion was the collaboration in Information Technology, as India is an ‘IT global powerhouse’. The UWI Five Islands launched its School of Science, Computing & Artificial Intelligence in August 2021, which aims to prepare upcoming digital learners for transformation in the job market.

The High Commissioner thanked Principal Williams and his team for hosting him and pledged his support in working to build the alliances that will help to benefit The UWI and the people of Antigua and Barbuda.