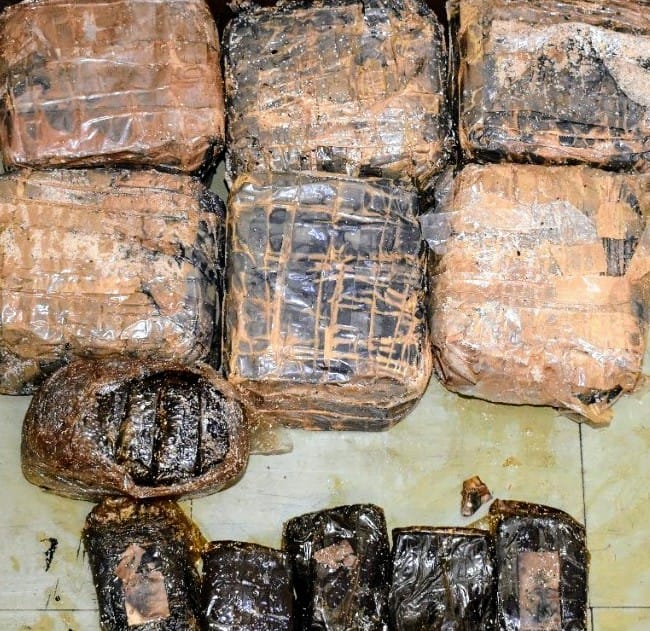 Police say the drug washed ashore off Weirs Beach and was handed over to the Narcotics Department.

No indication of its source or who made the discovery was disclosed.

Hashish, also known as hash, “dry herb” or hay” is a drug made by compressing and processing parts of the cannabis plant, typically focusing on flowering buds containing the most trichomes.

It is consumed by smoking, typically in a pipe, bong, vaporizer or joint, or via oral ingestion.

It is a particularly potent form of cannabis.

Police say they are investigating the discovery.