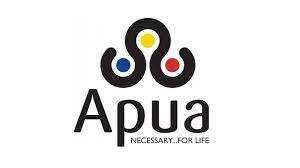 With residents placed on notice that several roads will be dug up to facilitate the laying of new pipes, Cabinet Spokesman Melford Nicholas says he has stressed the need for improved communication between Antigua Public Utilities Authority (APUA) and the Works Department.

For years, residents have complained that the two departments are not working in tandem and no sooner they begin benefitting from paved streets and roads, it is only a matter of time before they are destroyed to allow for APUA to carry out repairs.

Those concerns are being renewed after the Cabinet notes revealed that when the pipes arrive and work commences, streets in Point, Camacho Avenue, South Street and all of Montrula will be inconvenienced, since the roads will be dug up in order to replace old pipes.

Information Minister Melford Nicholas told reporters yesterday he is pressing for more dialogue to ensure when work is complete, there won’t be the need to dig up areas that were re-surfaced.

Minister Nicholas agreed that the lack of cooperation by the two departments is a matter that must be addressed.

“It has been a decades old problem and it requires greater coordination between APUA in the first instance and Public Works. It would be my dream that we would have some type of joint working committee that before an intervention is made that a study is done of the terrain to ensure that after the intervention, there is going to be restitution of the environment to its original useful position,” Nicholas posited.

Managers of APUA told the Cabinet on Wednesday that work on replacing old pipes will commence once they arrive from Europe. They are being purchased there because they are less expensive than in the United States.

Supply chain issues have affected the timely delivery of the polyurethane pipes.

APUA will undergo a major project to improve water supply to consumers throughout the country. They have blamed drought conditions and leaking pipes as reasons for the worsening water woes being experienced.

According to the utilities company, more than 20% of potable water is lost through leaking pipes.