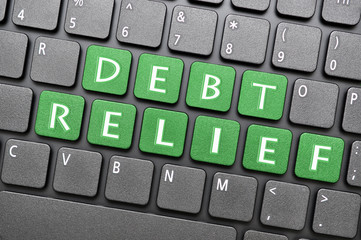 To provide economic relief to those people who are still out of work in the aftermath of the pandemic, the Cabinet has agreed to wipe out outstanding debt up to December, 2021 on bills owed to the Sir Lester Bird Medical Centre (SLBMC), Antigua Public Utilities Authority (APUA) and property tax.

This was indicated in this week’s Cabinet notes and confirmed at this morning’s post-Cabinet Press Briefing by Minister of Information, Melford Nicholas.

Nicholas said that any debt incurred this year will have to be paid, however, the government has determined it is necessary to intervene to remove some of the financial burden on those in need while ensuring that their access to essential services remains uninterrupted.

In addition to the APUA amnesty, disconnected customers who pay the current month’s obligation will be reconnected by November 1st 2022.

Residents and citizens with outstanding hospital bills owed to the Sir Lester Bird Medical Centre, and who have been in arrears for more than 180 days, will have their balance forgiven.

The amnesty also applies to those in arrears with property tax. Unpaid property taxes up to December 31st 2021 will benefit, provided that the owner pays the current year’s tax.

While a figure was not stated, it is expected that across the three entities identified, the value of the amnesty could total in the millions.

Minister Nicholas said Thursday while there will be a loss to the government and APUA, much of the debt is uncollectible as many people are still out of work and are trying to piece together their lives in the aftermath of the pandemic.

“Much of the debt is perhaps, maybe, uncollectible. Without an income, how could [a] person reorganise themselves in such a way that they can find new means of themselves and their families, and so it is within the context of those impacts that it has had on individual families, that the government is making this decision.

Regarding APUA, the information minister said similar debt forgiveness has been extended in the past, however, given the life altering changes brought on by the pandemic years, the government believes the time is right to offer relief to those in need once again.

“Now that we have begun to see economic growth, and better and more improved employment opportunities, that without that heavy load on their backs, that they will be able to…become new customers who are actually in a position to pay to the APUA, and so we think at the end of the day, it will have a positive uptick on the incremental revenue that APUA collects on a monthly basis,” Nicholas said.