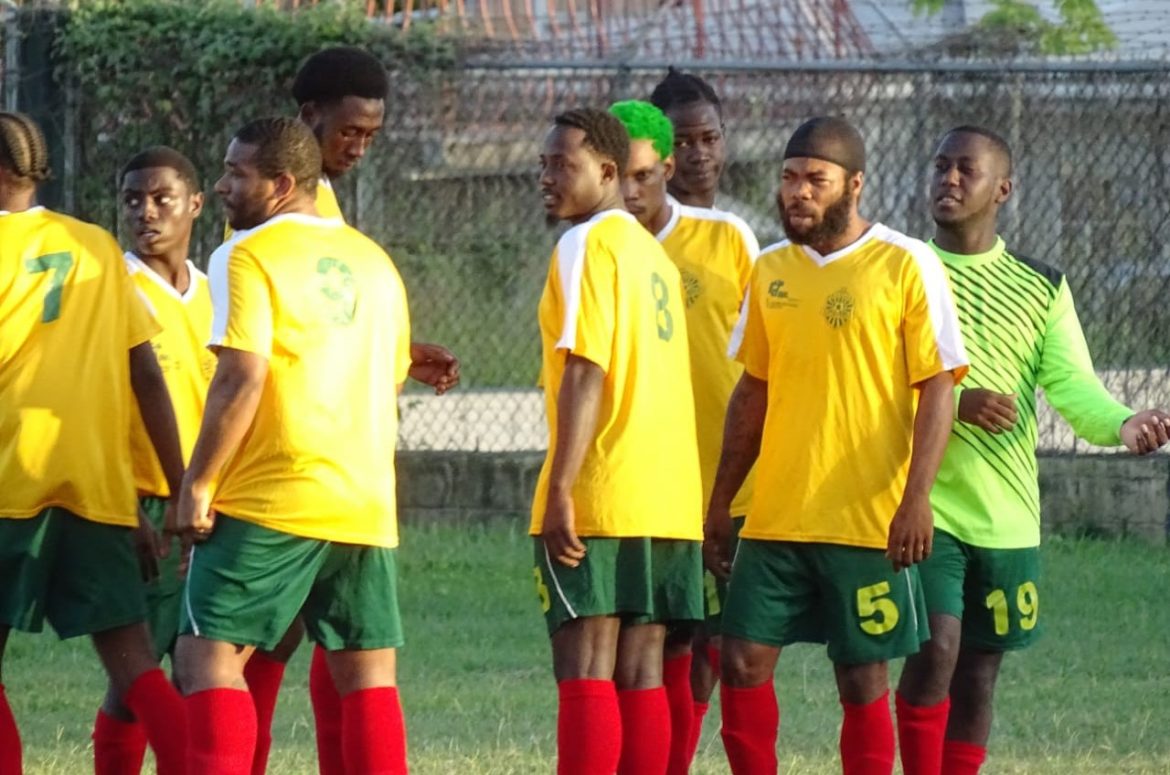 Golden Grove came from behind to hammer Belmont 4 – 1 at the Golden Grove playing field to claim their first win in three matches.

Iandre Hodge scored in the 7th minute to give Belmont a 1 – 0 lead, but Darryl Samuel scored an equaliser for Golden Grove in the 45th minute to ensure both teams went into the interval deadlocked at 1-1.

Golden Grove went on to score three goals in the second half to take control of the match and secure their first victory in the competition.

Justin Periera produced a 48th minute conversion to give Golden Grove a 2 – 1 lead.

Curt Francis netted in the 59th minute to extend his team’s advantage and Akeem Francis scored in the 73rd minute to seal Golden Grove’s victory.

It was the third loss in seven matches for Belmont who remained on 10 points.

There were wins as well for Bethesda and Freemans Village in the Second Division on Tuesday.

O’Shale Simon scored a brace as Bethesda romped to a 4 – 1 victory over CPTSA Wings at the St. Johnston’s playing field.

Simon scored his first goal in the 11th minute to put Bethesda ahead and Chunsae Martin netted in the 34th minute to make it 2 – 0.

Rickoy Johnson scored a penalty in the 36th minute to reduce the deficit to give Bethesda a 2 – 1 halftime lead, but Orson Lloyd restored Bethesda’s two goal lead with a 64th minute conversion as Simon followed in the 72nd minute to score his second goal of the match and wrap up his team’s victory.

It was Bethesda’s third win in six matches and the fifth loss for Wings in six appearances.

Kahluque Kellman scored the lone goal of the match in the 18th minute. It was the third loss in seven matches for English Harbour.

The ABFA First Division continues with four matches at 4:20pm on Thursday.

John Hughes will entertain Garden Stars at John Hughes, Police will host Fort Road at the Police Recreation Grounds, Bolans will take on Green City at Bolans and JSC Progressors will face Potters Tigers at the St. Johnston’s playing field.