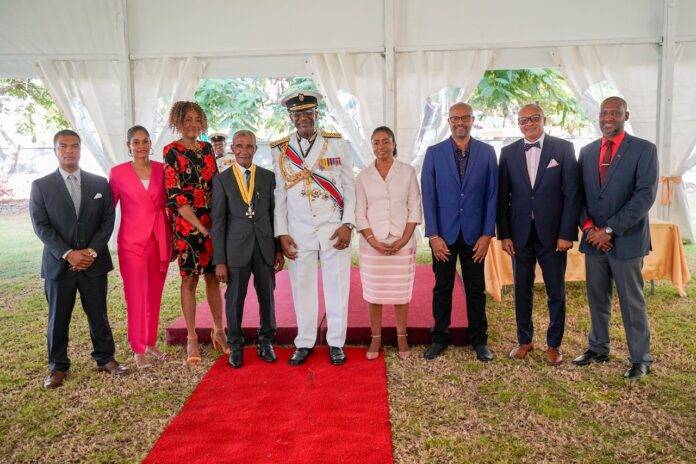 The historic opening ceremony of the US$90 million, redeveloped Deep Water Harbour Port will get underway this afternoon and during the ceremony another notable and touching event will occur.

During today’s festivities, Winston Gomes, the port’s very first employee will be honoured for his years of dedicated and loyal service.

According to Port Manager, Darwin Telemaque, Gate 3 where the historic ribbon cutting ceremony to open the new port will be held, will now bear Gomes’ name.

“We need to elevate the folks at the port who have made contributions over the years and one such individual has been at the port since 1969 and tomorrow we will be unveiling gate number three the Winston K. N. Gomes gate.

“We are going to name that part of the port after a long-serving member who worked there from 1969 to 2004 and is now a member of the board in the latter part of his life.

“We are going to celebrate him and it is going to be a fun time,” Telemaque said on Thursday.

On Tuesday, Gomes was awarded with the insignia Grand Officer, The Most Illustrious Order of Merit (GOM) by Governor General, Sir Rodney Williams, for his outstanding contribution to the development of the port and shipping in Antigua and Barbuda.

Gomes is regarded as a founding member of the port.

He was employed with the government’s Harbour Division and later with the Antigua Port Authority for over 30 years in various operational and managerial capacities.

Under his tenure, the port was transformed into a viable economic organisation by instituting regional best practices, training employees and improving overall standards.