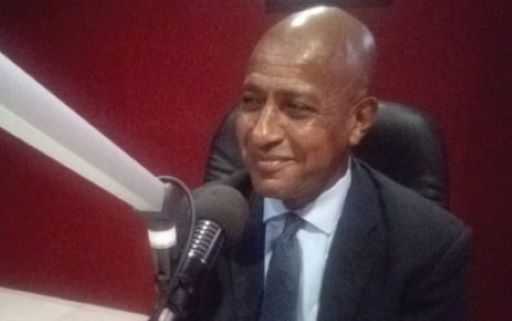 President of the Antigua and Barbuda Football Association (ABFA) Everton ‘Batow’ Gonsalves will seek re-election and is not worried about one of his executive members, Barbara Coates, declaring her intention to contest the election constitutionally due by December 2021.

The former national striker said there are some members who, if they are not fast tracked or able to leapfrog senior members, tend to take up their bat and ball and leave.

“I was responsible for bringing Coates into the ABFA executive as part of our drive to recruit more females at the top,” said Gonsalves who was a guest on the PointeFM Touchline program on Tuesday.

Rated as one of the greatest strikers in the history of football in Antigua and Barbuda, Gonsalves noted that the feedback he has been receiving from the membership has been positive and he is confident he will be victorious when election comes around.

Consultations with the clubs will start today as the ABFA moves forward with the initative to educate its members about bringing their constitutions in line with that of FIFA where individuals are allowed to contest election only as part of a slate.

FIFA want its 211 members to bring their constitutions up to date to facilitate only slates. The ABFA will meet with first division clubs today, followed by meetings with second division and premier league clubs over the next two weeks.

Gonsalves noted that if re-elected he will focus on assisting local clubs with upgrading their facilities, while intensifying his attention on the continued development of youth and Women’s football on island.

All of the clubs have received their FIFA COVID-19 relief funds and the second disbursement is expected in the next eight weeks, Gonsalves explained.

‘Batow,’ as he is affectionately called in football circles, said he cannot give a definitive date on when football is expected to start playing competitively again and his executive is watching the situation day to day.

“We have the Super 50 cricket tournament coming up and the closest start point, if possible, would be summer,” Gonsalves said. There is over US$100,000.00 worth of equipment ready to assist the clubs when football restarts, the former Aston Villa striker said.