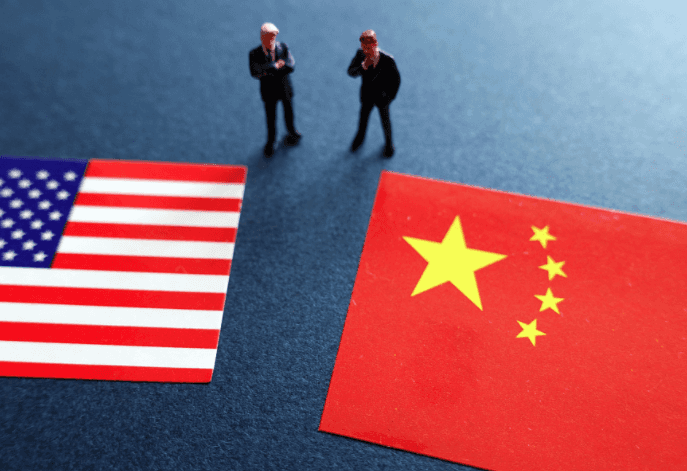 (The writer is Antigua and Barbuda’s Ambassador to the U.S. and the OAS. He is also a senior fellow at the Institute of Commonwealth Studies at the University of London and at Massey College in the University of Toronto. The view expressed are entirely his own)

Of all the questions that both Kamala Harris and Mike Pence dodged during the U.S. Vice Presidential debate on October 7, the most revealing concerned China. Susan Page, the moderator, from the publication, “USA Today”, put a clear question to Pence and Harris in turn: “We have no more complicated or consequential foreign relationship than the one with China. It is a huge market for American agricultural goods. It’s a potential partner in dealing with climate change and with North Korea; and, in a video tonight, President Trump again, blamed it for the Coronavirus saying China will pay… how would you describe our fundamental relationship with China: Competitors? Adversaries? Enemies?”.

Apart from being very categoric, in keeping with President Trump’s position, that “China is to blame for the coronavirus”, and “China had been taking advantage of America for decades”, Vice President Pence did not say whether China was a competitor, adversary or enemy of the U.S. Senator Harris was no clearer in her response. She said President Trump’s trade war with China “resulted in the loss of over 300,000 manufacturing jobs and a manufacturing recession, and the American consumer paid thousands of dollars more for goods because of that failed war”. She added that, “Pew, a reputable research firm has done an analysis that shows that leaders of all of our formerly allied countries have now decided that they hold in greater esteem and respect Xi Jinping, the head of the Chinese communist party, than they do Donald Trump”.

From these answers, it is little wonder that people in the U.S. have no clear picture of their country’s relationship with China. The real situation is far more complex, and both Pence and Harris know it. The U.S. and China are the two largest economies in the world. They have an inter-dependent relationship not only in bilateral trade and investment, but in the maintenance of a stable global economy that serves both their interests for markets and supply of raw materials that neither of them has. Both Pence and Harris know that it is not in the interest of the U.S. to encourage hostility with China. They both dodged the question because they each weighed their answers on a narrow, ‘political opportunity’ basis.

Pence’s response fed prejudice against Chinese, and Harris’ answer nurtured a sentiment of horror that an American leader could be less respected than a Chinese ‘communist’. Neither of them set-out a clear and constructive strategy for relations with China. The absence of a China strategy is also obvious in the 15-nation Caribbean Community (CARICOM) whose membership is divided between recognition of China and Taiwan. Nine of the 14 independent CARICOM states have diplomatic relations with China, and five others with Taiwan. Once this division remains, there can be no “CARICOM Strategy” on China.

Although, as I have argued in other writings, CARICOM, by now, should have negotiated a formal collective partnership with China that covers the terms of trade, investment, labour practices (including the use of imported Chinese workers for projects); competition; and dispute settlement through independent machinery. Instead, the nine CARICOM countries have an adhoc relationship with China that is characterised by Chinese investment and loans, as well as a trade surplus in China’s favour. The increased presence of Chinese companies in the 9 CARICOM countries as well as their importation of Chinese labour for their projects have caused resentment in local populations. These concerns have not been adequately addressed.

The ground for growing anti-Chinese sentiment has been fertilized recently by statements from high representatives of the U.S. government. These include questioning the value of Chinese money if it “feeds corruption and undermines your rule of law”, and calling for investments to be examined “if in fact they ruin your environment, and don’t create jobs for your people”. Ahead of the March 22 meeting between President Trump and leaders of five Caribbean countries – Bahamas, the Dominican Republic, Haiti, Jamaica and St. Lucia – a White House spokesperson said one of its aims was to “counter China’s predatory economic practices.” Within CARICOM countries, these unsubstantiated statements appeal to prejudiced-thinking in certain sections of the societies. This thinking could be tempered by better information. Misapprehension lingers because governments have failed to inform their people fully. For example, the amount of money borrowed from China to finance much-needed infrastructural projects, is considerably reduced by using Chinese labour. It is also little known that China, as a donor state, contributes to regional economies through its membership of the Caribbean Development Bank, the Inter-American Development Bank, the World Bank, and as a Permanent Observer to the Organization of American States.

Its investment outreach to the Caribbean is not only bilateral; it is also multilateral. Many – if not all – of these matters could be addressed in a transparent and balanced manner if CARICOM countries could jointly negotiate a partnership agreement with China as they have done with the European Union. Further, joint CARICOM negotiations, using the leverage available to the entire region would be more advantageous than national bargaining where China would be in a much stronger position. This observation equally applies to the CARICOM relationship with the U.S. which is no less ad-hoc and lacking in regional strategy. The U.S. enjoys a perennial trade surplus with Caribbean countries that topped $4 billion in 2019, notwithstanding preferences for a narrow range of goods exported by some CARICOM countries.

While the U.S. has withdrawn from offering loans and investments to the majority of Caribbean nations, and International Financial Institutions have disqualified many of them from concessional financing, China filled the gap with soft loans and, in some instances, grants particularly in the struggle with the COVID-19 pandemic. From 2006 to 2015, under the George W. Bush and Barack Obama Administrations, while expressing concern about China’s influence in the region, the U.S. generally viewed China’s engagement with the region positively, regarding it as a contributor to economic growth. Such collaboration with Caribbean participation would be beneficial to all. CARICOM countries need joint strategies toward the U.S. and China. They should be based on being partners not pawns in any game of competition, rivalry, or enmity. Response and previous commentaries: www.sirronaldsanders.com

A call to action