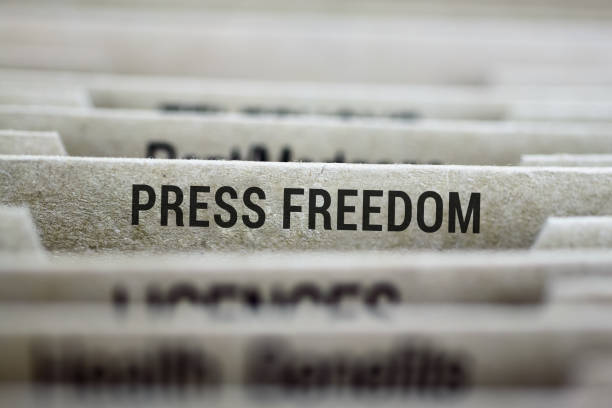 The Democratic National Alliance (DNA) has issued a statement condemning what they have described as “direct assault and onslaught against a sacred principle in journalism”, a reference to the drama that unfolded on Saturday when an Observer Radio talk show host resigned over the company’s interference in his show.

In a sternly penned press statement, DNA said it opposed any action aimed at “suppressing” the rights and freedoms entrenched in the Constitution of Antigua and Barbuda.

“The Protection of Freedom of Expression, including Freedom of the Press, was fought for by valiant and courageous citizens over many years of tyrannical government abuse and suppression of free speech during the 1970s, 1980s and 1990s.

It continued: “The DNA reminds all right-thinking citizens and residents that the freedom of the press is essential to freedom of speech. Journalists must give the population the unvarnished truth regarding national issues and be unafraid to expose reprehensible conduct by our public officials and those aspiring for political leadership.”

The secondary opposition political party added: “The abrupt resignation of independent investigative journalist, Kieron Murdoch, from his position as Host and Producer of the weekly Big Issues program at Observer Radio aka NewsCo Ltd., is concerning and sad for multiple reasons.

“Murdoch represented and demonstrated fearlessness, impartiality, professionalism, objectivity and depth as weekly, he tackled numerous provocative issues of local, regional and international interests for which other journalists took a hands-off stance.”

After Observer media, through a social media post, announced that that Prime Minister Browne would appear in the final segment of the talk programme on Saturday, Murdoch issued a statement on his personal Facebook page hours later stating that, “The station leadership resolved to cancel the interview which I had booked with the PM, and to announce this evening that it had been cancelled.

“I was unprepared to continue in the circumstances.”

The Big Issues did not air at its usual time on Sunday this week.

This week, Watts said while he had nothing negative to say of the young journalist, whom he described as “a sharp, sharp knife” who would “go places”, he continued that “he needs to understand as well that at the end of the day, you work for somebody – you don’t have the final say”.

Watts, who is also the United Progressive Party’s candidate for St. George’s, added while he supports the concept of press freedom, he, and his company, reserve the right to make policy decisions that serve the best interest of NewsCo Ltd.

A defiant Watts went on, “This candidate has decided now that nobody will use this station to keep me out of office and anybody who has an issue with that, my door is open to accept more resignations.”