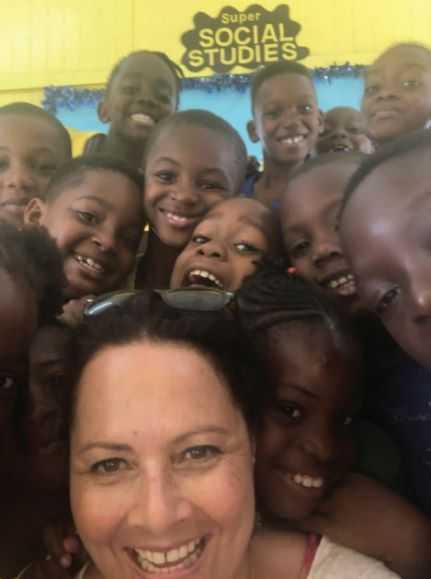 A donation of quality cricket gear and equipment by an England-based charity has started to roll out across schools and communities in Antigua and Barbuda.

Cricket Kindness, the brainchild of Australian Tamara Lowe, who pioneered the Caribbean Children’s Cricket Charity, has sent a number of bats, balls, shoes, pads, gloves, kit, helmets, and other items to the Ministry of Sport for distribution.

Lowe, who now resides in London, England, and started her mission in Antigua in 2017, says she is once again delighted to make the gesture, especially during the COVID-19 era.

Tamara says her work is receiving tremendous support in England.

“Cricket Kindness relies on cricket clubs and schools I contact, taking time to organize equipment collections through their communities. I am particularly grateful to members of the Hawridge & Cholesbury Cricket Club and the Tring Park Cricket Club for gathering much of the equipment and generously donating to the Cricket Kindness crowdfunding campaign to help pay to sea-freight the gear to St. John’s,” she disclosed.

Antigua and Barbuda’s Commissioner of Sports Colin James, who has been liaising with the ‘cricket angel’ during the period of the pandemic, says the country’s youngsters will benefit from this latest contribution.

“Tamara has done a tremendous job to solicit and send this shipment to Antigua and Barbuda. She has demonstrated her love and commitment to us and it’s only fitting that she be given the title of ‘cricket angel’,” said James.

Ridley Jacobs, who is the school’s cricket coordinator, received a portion of the items on behalf of the government and says the donation was timely for the Combined Schools team.

“[S]ome of the players have been struggling because they don’t have any gear or equipment so these will assist them,” said the former West Indies captain and wicketkeeper/batsman.

Sir Curtly Ambrose, the legendary West Indies pacer rated among the best of all-time, assisted with the presentation to his alma mater, All Saints Secondary; while former Windies captain Richie Richardson was present at the J.T. Ambrose school event.

Irene B Williams Secondary in Swetes, Villa Primary, C.T. Samuel Primary in John Hughes, and Old Road Primary have also received gear and equipment since the distribution started on Monday.

Other presentations will be made next week to other secondary and primary schools.