Copyright 2021 - All Right Reserved
Home Local News Country Above Self: The danger of the devolution of political discourse
Local News

Country Above Self: The danger of the devolution of political discourse 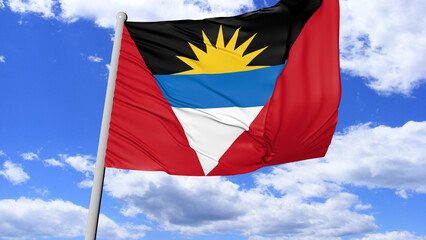 In political parties’ quest to win office, political campaigns can at times become acrimonious and heated. Despite this reality, the emphasis should remain centred on the problems affecting the country’s people. Unfortunately, this often is not the case and the discourse digresses and degrades to involve personal attacks between the contenders.

In the political atmosphere of the Caribbean, it is not uncommon to witness brutal and degrading attacks take place between politicians. This often spills over to include ordinary members of the public who may come into the spotlight because of their political views.

Pointe Xpress talked to several leaders about the value of staying focused on the issues and refraining from denigrating attacks.

According to Gail Christian, a senator in the Upper House of Parliament, there should be no room for acrimony and conflict if Antigua and Barbuda and its people are prioritised. She believes the misplaced energy used to engage in this behaviour would be better spent concentrating on developing policies that advance and improve the nation.

This behaviour, according to her, “Only supports the tearing down and dragging down of one’s opponent.”

If the politicians’ goal, she continued, is to “put the people of this country first” there would be no room for this to occur.

“There is no need to degrade another person’s character,” she said. “When you start getting personal, you move or veer away from what is in Antigua and Barbuda’s best interest.”

“We live in a Caribbean society where people attack other people rather than confront concerns and this shouldn’t be,” he asserted.

He went on that it is crucial to address and resolve issues that arise rather than use them as a political tool to advance oneself.

“Issues are what govern our actions. Addressing issues, whether they are right or wrong, leads us to a place of awareness, and only when we reach a place of knowledge can we create lasting solutions that will benefit everyone,” he said.