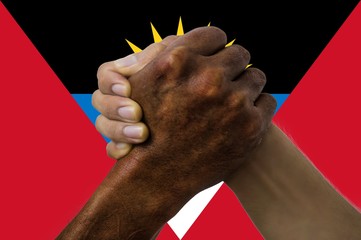 The government is breathing fresh life into its policy of empowering the nation’s youth by placing them in positions of leadership throughout the public sector.

Heads of a number of boards, directors of several government agencies and members within the Senate are also being targeted in this renewed drive.

“The Cabinet agreed that it is compelled to create space for youth leadership and that there are several candidates that had in fact been appointed following the 2014 and 2018 general elections.

“The Cabinet recalled that it had appointed several 20-plus year-olds following the 2014 and 2018 general elections – Senators Lee, Fortune and Govia following the 2014 elections – Minister Maria Browne who won a seat in the lower house at age 26 and Senator Knacyntar are among those who filled legislative positions within the parliament of Antigua and Barbuda,” the Cabinet Notes detailed.

The Notes said these appointments will join previous youth appointments such as the Director of Gender Affairs and top management for State Insurance Corporation.