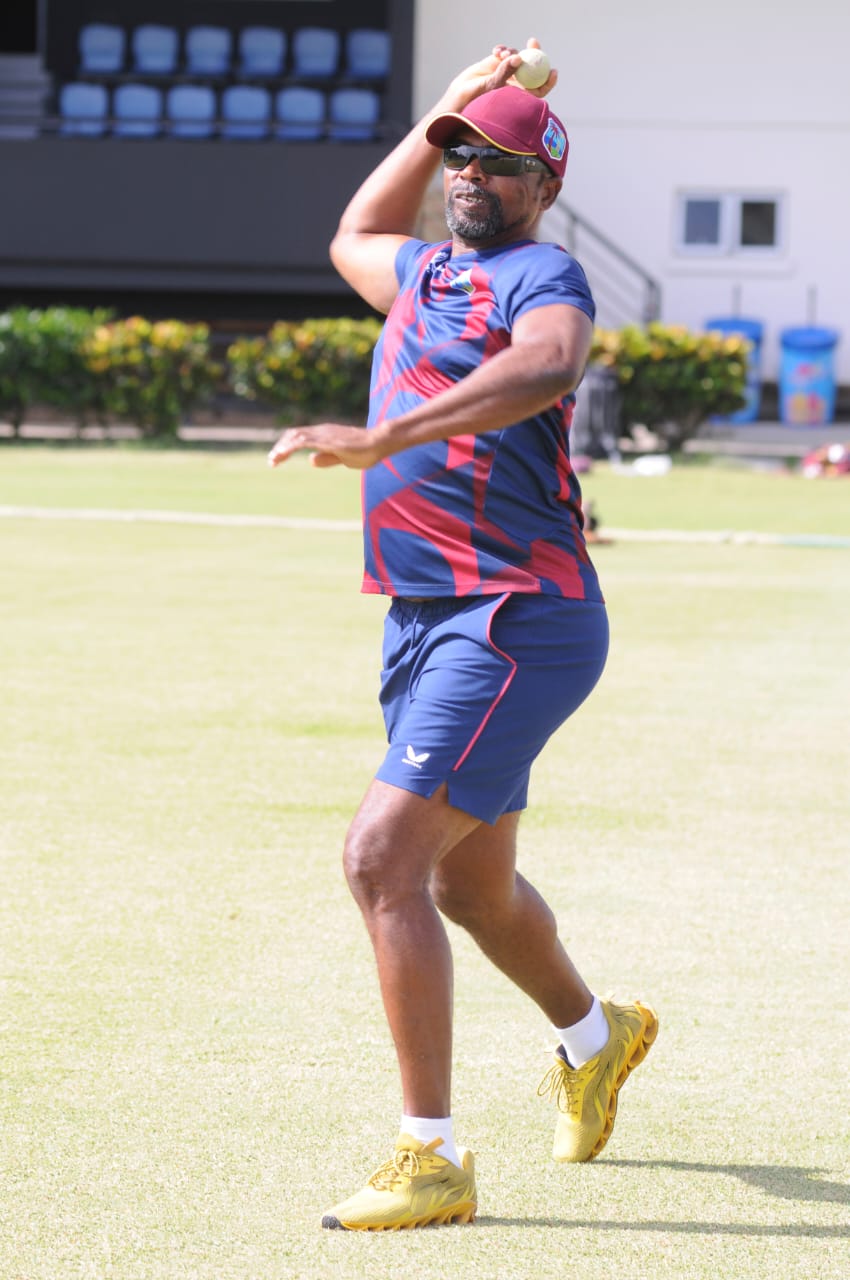 Former West Indies, Leeward Islands and Antiguan fast bowler Kenneth “Flipper” Benjamin is looking forward to undertaking his role as the Bowling coach of the current senior West Indies team for their upcoming tour to Zimbabwe and South Africa.

The 55-year-old Benjamin was named as part the Team Management Unit to support interim Head Coach Andre Coley throughout the two-Test tour of Zimbabwe from 28th January to 16th February, as well as the multi-format tour of South Africa, which includes two Tests, three One-Day Internationals (ODIs) and three T20 Internationals (T20Is) from 21st February to 28th March.

Benjamin will also be working alongside Assistant Coach, Rayon Griffith, current Head Coach of the Guyana Amazon Warriors, who continues in his coaching role with the West Indies.

Benjamin said he welcomes the opportunity to continue the work he has been doing at the Cricket West Indies (CWI) Academy programme alongside Coley, who is the head Head Coach.

“The interim coach, Coley, and myself, we have been working with the West Indies Academy and we did the West Indies A Team series versus Bangladesh in July and August (2022) in St Lucia,” Benjamin said.

“So, I think it is just a situation where he (Coley) probably feels he wants to continue with me as the bowling coach. I actually think it is a good thing to go and have a look to see what contribution I can make and also to have an eye on what we need to do back at the academy to get these youngsters ready for that level.”

Benjamin, who has played professionally in the South African domestic league with Gauteng from 1999 to 2000 and Easterns from 2000 to 2001, also served as the bowling coach alongside head coach Gus Logie during the West Indies tour to Zimbabwe in October to November 2003 for a two-Test and a five-match One-Day International series.

Benjamin, who has also been honing his skills in Antigua with PIC Insurance Liberta Black Hawks since ending his stint with the West Indies in which he claimed 92 wickets in 26 Test from 1992 to 1998, said he is also looking forward to returning to the African Continent to continue to make his contribution to West Indies cricket.

“Yes, it is familiar territory. I have been to Zimbabwe and South Africa in 2003 with Gus Logie. Yes, it is something that I am looking forward to,” Benjamin said.

“Whenever you get an opportunity to see what contribution you can make in a positive way; it is always something that you are up for.

“So it is a sort of a two-fold situation where you can make a contribution at that level and in the meantime, you can do some assessment to see what it is that we need to do back at the academy level and even lower down so that these guys can be well equipped when they get to that international level.

“So, I just look at it as an opportunity to further make an impact into the academy.”

The West Indies team will land in Zimbabwe early next week ahead of a three-day warm-up match against a local side set for 28th to 30th January at the Bulawayo Athletic Club.

West Indies will then play two Test matches against Zimbabwe at the Queens Sports Club in Bulawayo, with the first Test running from 4th to 8th February, and the second match from 12th to 16th February.

The squad will then travel on to South Africa for West Indies’ last two matches in the current ICC World Test Championship (WTC) cycle.