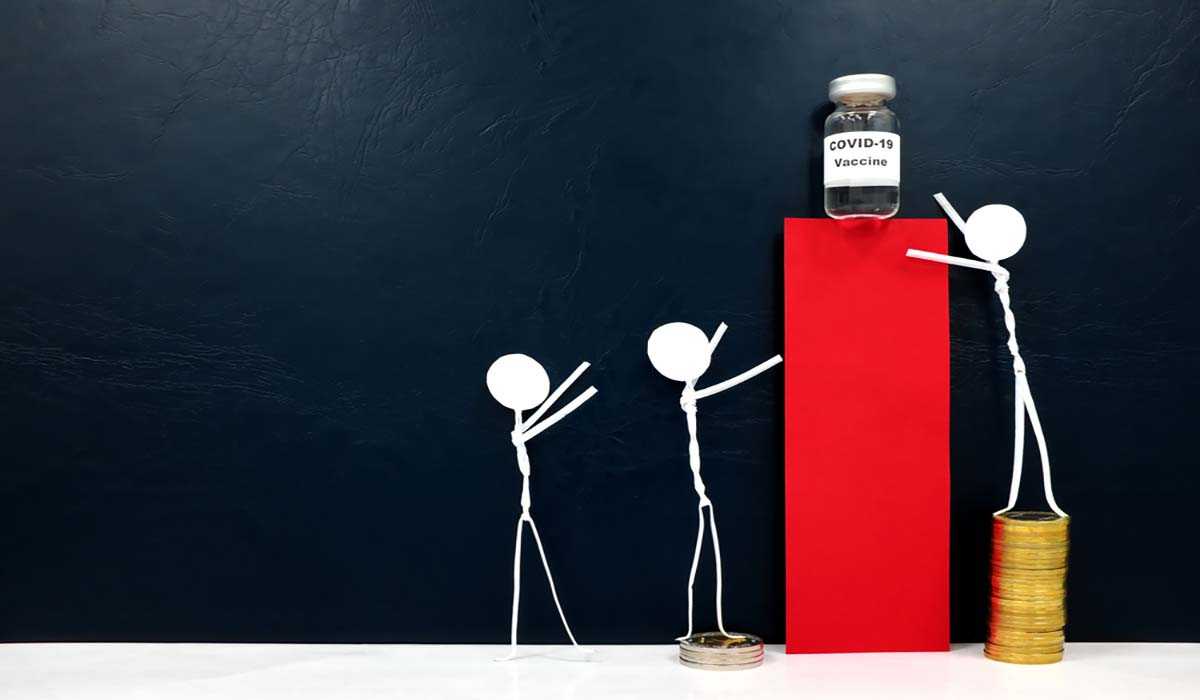 We’re a year into the pandemic and, thanks to vaccines, it appears we may finally have an end in sight. But, as is too often the case, vaccine distribution has been anything but equitable.

People in rich countries such as the United States and countries in the European Union are receiving a far larger share of vaccine doses relative to their share of the global population, according to analysis from Agence France-Presse. Meanwhile, the poorest countries are left waiting in despair as Covid-19 cases continue to rise. 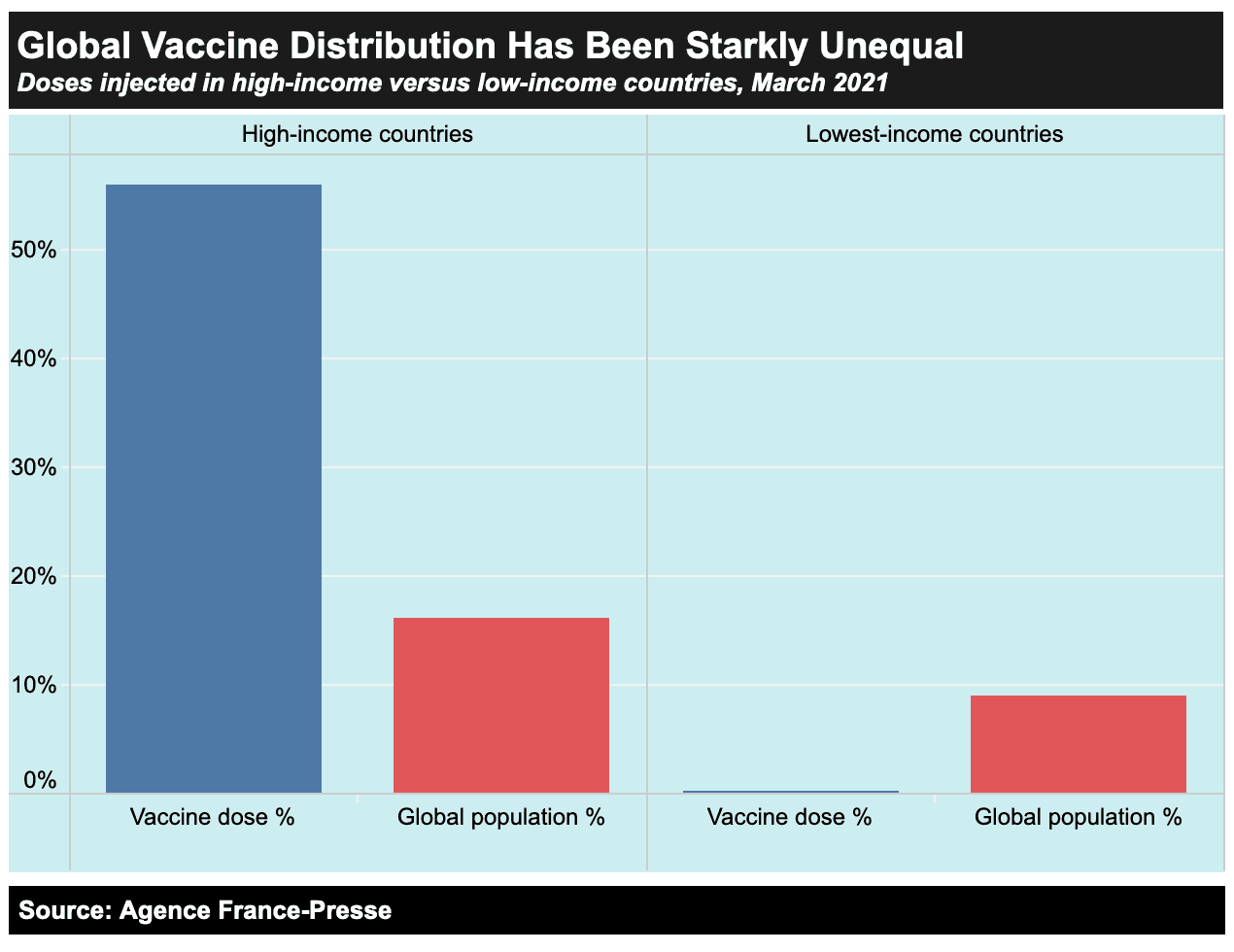 The World Health Organization is sounding the alarm on this inequality.

“The inequitable distribution of vaccines is not just a moral outrage,” said WHO Director-General Tedros Adhanom Ghebreyesus in a press conference this week. “It’s also economically and epidemiologically self-defeating.”

There are many reasons for this growing inequity. One is that rich nations used their wealth to jump to the front of the line and purchase as many doses as possible. As one Yale epidemiologist described it as being “like a run on toilet paper,” with rich countries barging their way through to snap up limited doses like customers did with Charmin at the start of the pandemic.

Another major factor is that Western nations joined up with pharma giants to invest in vaccine development and are protecting corporate patent monopolies. According to leaked documents, the United States, the UK, and the European Union are shamefully blocking further cooperation within the WHO to open up vaccine access.

Global health advocates and nations like South Africa and India are pushing for a waiver in WTO intellectual property rules that would allow expanded global vaccine production and a quicker end to the pandemic.

If we are really serious about ending this pandemic as swiftly as possible, it is imperative that these patents are opened up. Corporate profits are not more important than the lives of millions of poor people around the globe.

ANTIGUA AND BARBUDA PM SEEKS REPARATION FROM ALL SOULS COLLEGE