Antigua and Barbuda benefits from good relations with Saudi Arabia 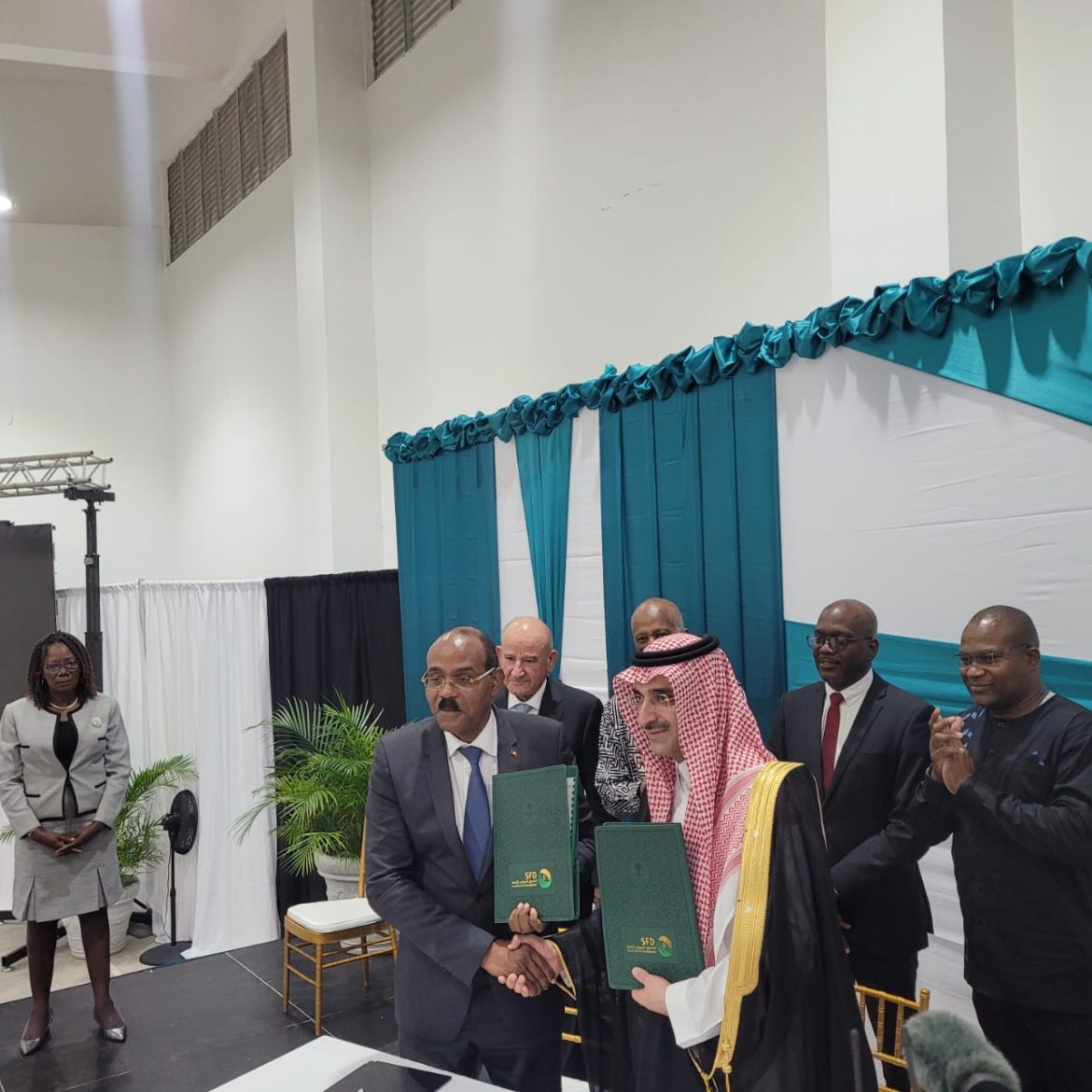 The ability of the Antigua and Barbuda government to secure a US$80 million loan from the Saudi Development Fund was not accidental. Rather, it was the result of a concerted effort to foster amicable diplomatic relations with the Kingdom of Saudi Arabia.

Was the position taken by Prime Minister Gaston Browne in his address on Tuesday at the University of the West Indies Five Islands Campus during the finalisation of the loan agreement between the government and the Saudi Development Fund.

“We have been nurturing a relationship with the Kingdom of Saudi Arabia for several years. In fact, I will go as far as to say that Antigua and Barbuda has been the most active country engaging the countries of the Middle East, including Qatar, the United Arab Emirates and the Kingdom of Saudi Arabia. I also believe that we have stronger relations with these countries than any other country in the region,” Browne said.

The prime minister recalled when Saudi Arabia was campaigning for a seat at the World Trade Organization (WTO), it based an aircraft in Antigua and Barbuda which was used to facilitate the travel of its officials throughout the region as they lobbied Caribbean nations for support.

PM Browne said he actively supported the Saudi’s efforts by encouraging his colleague prime ministers to back their bid to join the WTO.

Meanwhile, the prime minister provided insight into the structure of loan agreement for the expansion of the UWI FIC.

The loan has been provided over a term of 20 years at a concessionary rate of 2 percent per annum. A five-year moratorium has been extended, after which repayment of the principal will begin.

PM Browne expressed confidence that the university will generate enough money to service the loan based on the increases projected for its student body.

PM Browne also announced once his government is returned to power following Wednesday’s elections, Antigua and Barbuda will appoint a non-resident ambassador to Saudi Arabia as the country seeks to strengthen bilateral relations with its Middle Eastern partner.