Antigua and Barbuda and the USA agree to strengthen relations 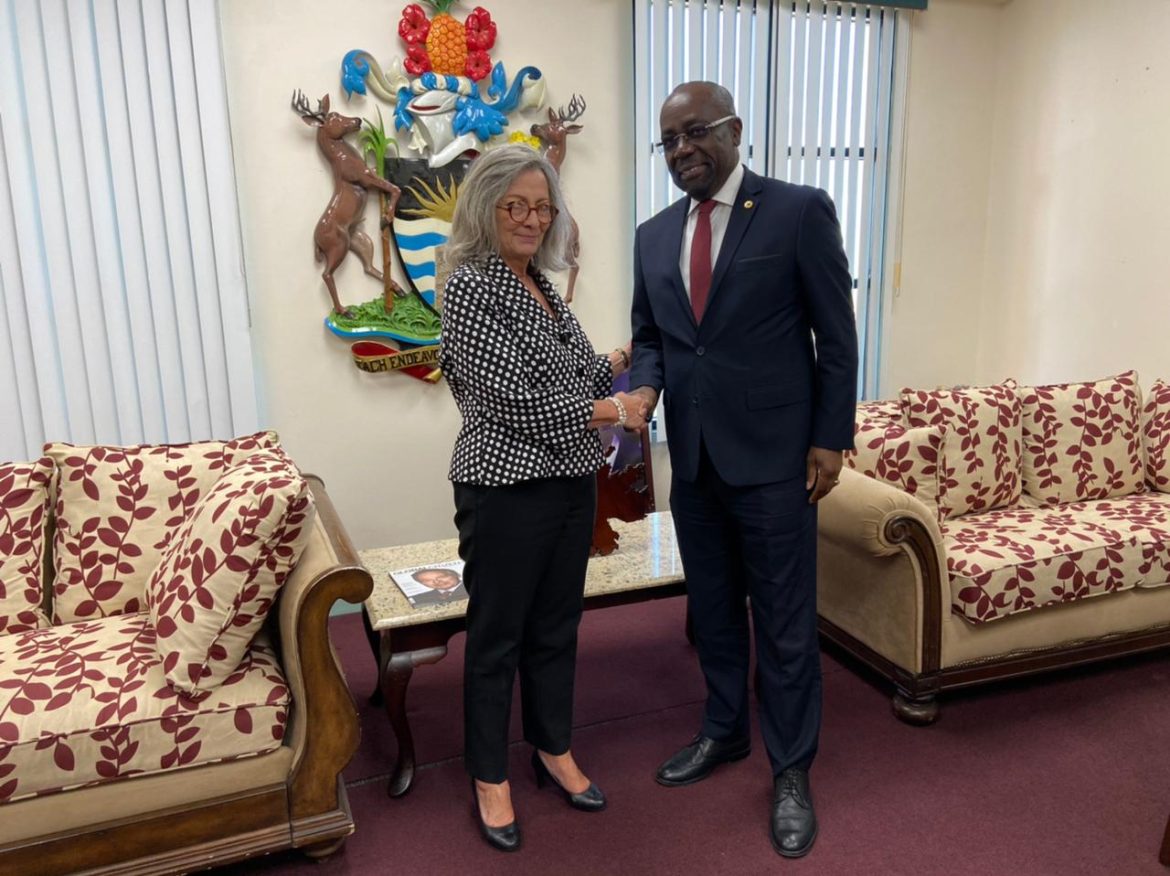 Antigua and Barbuda and the United States of America have agreed to strengthen their already close ties.

The renewed commitment came on Thursday during a courtesy call on Foreign Minister, E. P. Chet Greene, by the US Ambassador to Barbados and the Eastern Caribbean, Linda Taglialatela.

Greene thanked the ambassador for her country’s assistance in countering Trafficking in Persons (TIP).

The minister noted that the US provided the services of an expert in TIP to liaise with the TIP Unit in St. John’s in a collaboration that saw the exchange ofbest practices.

The issue of climate change also came up during the discussion with both the US and Antigua and Barbuda confirming their resolve to tackle the “existential threat” to all life on earth.

Greene also acknowledged the involvement of the US company, Eagle LNG Partners, which is collaborating with Antigua Power Company Ltd. to establish the Antigua and Barbuda’s first LNG (Liquid Natural Gas) power plant. He said the plant will help to advance Antigua and Barbuda’s transition to a low-carbon, greener economy.

Minister Geene said highlighted the escalating danger of the situation in the north Caribbean nation which is now firmly in the grasp of warring, well-armed gangs, who are kidnapping and massacring residents and foreign officials with impunity.

“There is an urgency to reestablish the rule of law and security in the country so that the Haitian people can start living normally again,” he remarked.

Greene disclosed that during a recent meeting of CARICOM Foreign Ministers and US Under Secretary of State, Victoria Noland, the dispatch of a joint mission to Haiti to include CARICOM, US and Canadian personnel was discussed with a view to initiating support for Haiti and ascertaining the the situation on the ground with a view to making recommendations for follow-up action.

According to Greene, CARICOM preferred an independent mission given Haiti’s troubled history with foreign intervention.

Antigua and Barbuda has signaled its willingness to work along with its CARICOM partners to facilitate meaningful dialogue that would help bring peace and stability to Haiti.