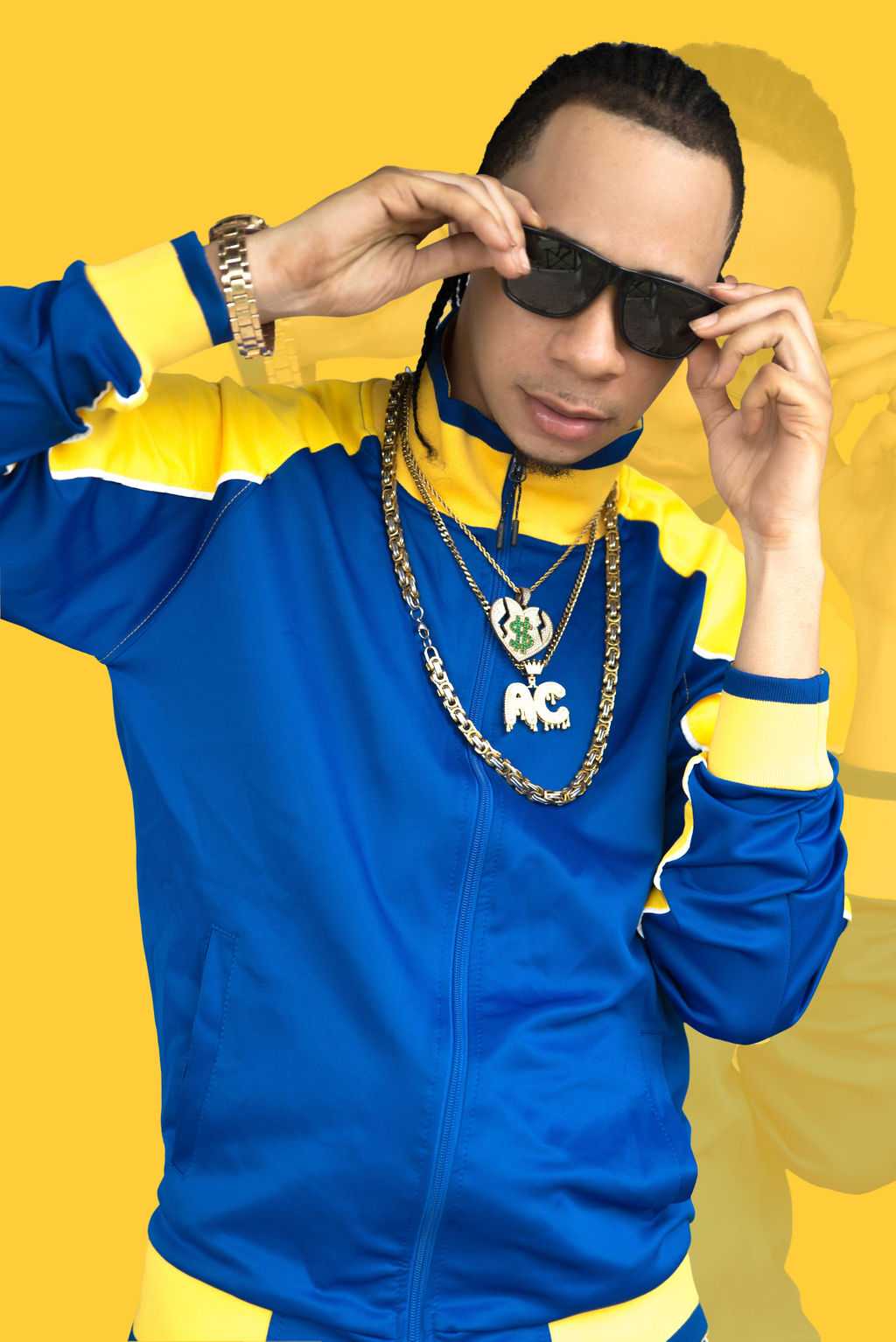 Inspired by some of the best in today’s soca world, one of Antigua and Barbuda’s budding artists is hoping to use their inspiration to join this esteemed clan.

AC Tafari (real name Theodore Daisy) is considered by music observers to be a rising talent and is about to become a fan favourite.

He says his music is rooted in traditional Antiguan Benna which is a cross between folk and calypso.

“You know the up-tempo with hard drums and a driving bass,” is how he describes it.

He is versatile enough to command a Buyon Riddim from Dominica, control any Dancehall beat from Jamaica and still hold his own on any Dennery segment tune from St, Lucia.

“My goal is to make good music for people to dance. I want the ladies to express themselves and forget their troubles. My music style is limitless, I don’t want to be placed into a box. People have a tendency of boxing in artists, my interests lie more in reaching the international markets and beyond. So, for me, versatility is the key.” My manager tells me all the time “Don’t think outside the box, think like there is no BOX!!”

After making videos on YouTube, the twenty-two-year-old singer, songwriter, and producer has captured the attention of prominent Soca artists and creators. His mega hit song ‘Boom Pon It’ was released in 2019 and is still blazing up the airwaves.

“I’m twenty-two years young, born in Gray Hill, Antigua. I started learning music around eleven or twelve years old and just ran with it. Music was never forced upon me, but it was something that flowed naturally. Right now, I’m still on the grind, trying to show myself to the world.”

“When I first started out, I wasn’t doing it seriously until around the age of fourteen music became my only passion. I used to sing at school and one day during recess some girls were going crazy about my singing. That is when I began to think I had some talent. I later performed at a talent show at school and I got the same reaction from my peers, and that persuaded me to begin pursuing music.”

The influence from his home also spurred him.

“My mother (Cynthia Daisy) and sister (Erica Daisy) are always encouraging me. They really believed in me and didn’t want to force me to do something that really wasn’t my passion. They both encouraged me to follow my love for music. Their encouragement gave me more hope and the push to follow my dreams,” AC recalls.

Born in an era when Burning Flames’ jam-band up-tempo rhythm was still holding sway and the rise of Claudette “CP” Peters and Tian Winter, AC’s imagination would have been moulded.

“Antigua is home to a lot of talented musicians and artists like Tian Winter, Burning Flames, Ricardo Drue, K-Lee, Island Prince, Laurena Davis, Claudette Peters, Menace, just to name a few. There is a lot of musical competition in Antigua.”

“Everyone here does music or something in the entertainment field, so there are pros and cons of trying to thrive and make a name for yourself here. The pros are that it is easy to meet and connect to a lot of people who share the same musical interests. The cons are that the music landscape is more competitive, so you have to find your own niche to stand out from the other artists. Once you find that niche, people will gravitate toward you.”

“My versatility helps to separate me from other artists! I see myself as a vehicle moving Antiguan music forward. I’m not asking for acceptance, I’m taking my seat at the table and I’m hungry! Very hungry! Antigua’s music has been taking a backseat in this industry for far too long and as my manager Clint likes to say, ‘Ah Time Fu disturb di Ants Nest.’”

His advice to upcoming artists is to follow their dreams.

“My life motto is to achieve any dream that you have, put in your best effort. My dreams are becoming a reality everyday as we speak. No one can tell me I can’t. I’m having the chance to watch my journey right now. I have a story to tell other young people – just put forth your best effort and grind,” he says.

His initial hit ‘Boom Pon It’ has caught the attention of fans and others in the industry in sound and video.

“I had a fun time filming it. There was a lot of energy on the day of filming. It was different from anything I’ve done before. I wanted to make the visuals mesh with the song. I wanted it to be something that girls and guys can dance to. I wrote ‘Boom Pon It’ in my room. To see that song go from my bedroom to the radio to videos on TV is a great feeling and it tells me that what I’m doing is on the right track.”

He dreams one day of collaborating with one of the best arrangers and bands in the business.

“I’d say Oungku from Burning Flames. He has had a lot of influence on me because he also started off so young. His success and vibe tell me that what I’m doing is possible.”

AC is in the studio as he, like other artists, await the end of the coronavirus (COVID-19) pandemic effect on the music scene. “I definitely want to come out with an album. Right now, I’m in the studio recording more music, networking, meeting DJs and promoters, and getting my face out there as much as possible. I’m just grinding and trying to get people to put a face to my name. I definitely want to tour and meet fans in person soon.”

Although performing in a competitive environment, AC does not fancy winning prizes. “I don’t like competition! Especially when it creates a divide! I’m more for collaborations, working together than against each other.”

“A girl got my name tattooed on her shoulder, which is crazy. I would not say I’m a celebrity or a superstar. I’m not on that level yet but knowing that I have die-hard fans is a blessing and pushes me,” he says.

Outside of music he likes going to the movies and kicking it with friends.

“I’m humbled for this opportunity to bring joy into the life of others! I’m ready for whatever comes my way!! I’m giving this my all! And trust and believe you will hear the name AC Tafari in 2021 and beyond.”

AC is relishing his management with a US-based Antiguan-oriented group.

“Since signing with Limerz Inc it has allowed me to focus more on my music and connect with my fans! I have pending bookings in Atlanta, NYC, and few other Caribbean islands,’’ he mused.