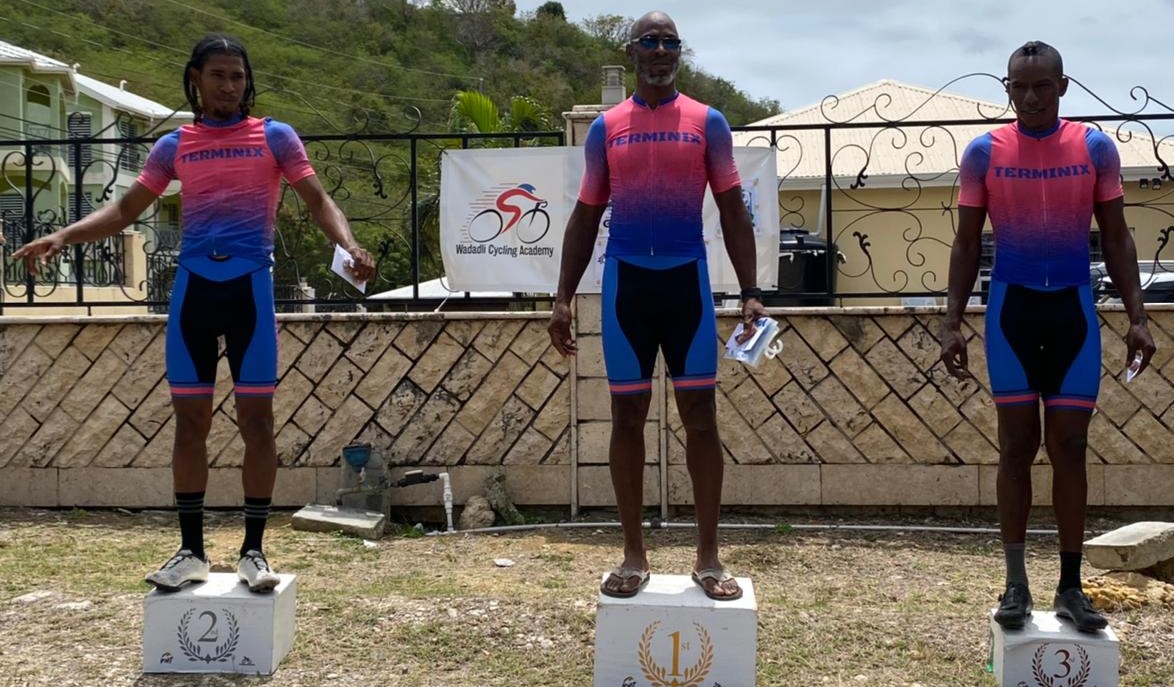 Shawn Weathered recorded his second victory this season when he prevailed in the Elite Male Class of the Avalanche Road Race staged by the Antigua and Barbuda Cycling Federation (ABCF) on Sunday.

Conroy Thomas captured third place to ensure Team Terminix made a clean sweep of the podium places for the Elite Male class.

Weathered had won the first race of the 2022 ABCF’s domestic season, an Individual Time Trial on 20th February.

Duffy’s lone competitor Zhanna Prikhodko failed to complete the race having fallen out after completing only two laps of the course.

Aden Murray-Watkins of Wadadli Cycling Academy took third place in the class, which was contested by just the three cyclists.