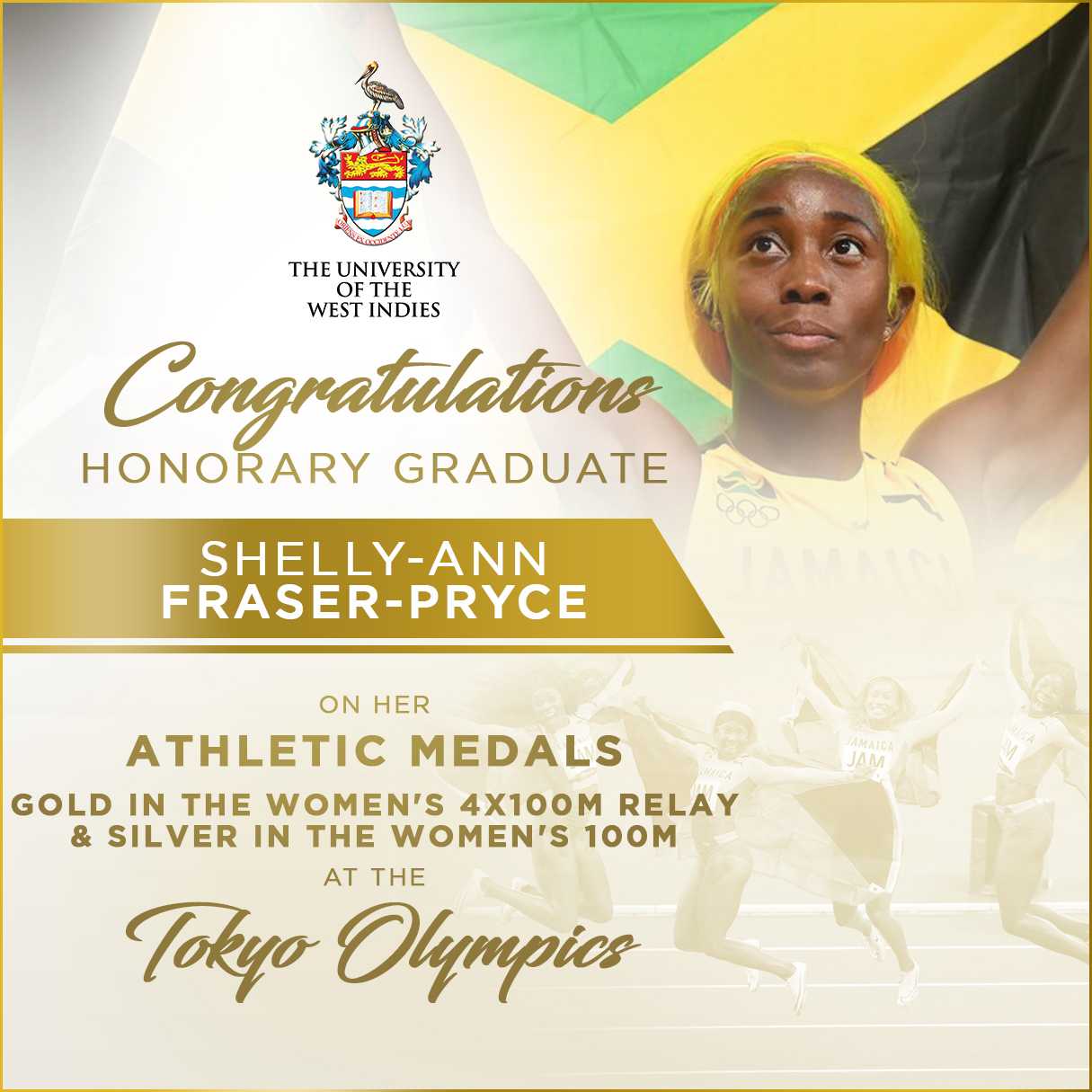 The University of the West Indies (The UWI) is sharing in the Caribbean’s celebration of Olympic glory. UWI current students, alumni, coaches and sports medical support staff were among the Caribbean contingent at the Tokyo Games, including four athletes who collectively won two gold medals, one silver and two bronze. The UWI community proudly congratulates all the athletes and staff who represented both their countries, and the regional university by extension.

The four medals were won by Jamaican competitors: 2017 UWI graduate, Hansle Parchment who won gold in the men’s 110 metre hurdles; Shelly-Ann Fraser-Pryce, an honorary graduate of the University, who also copped gold in the Women’s 4x100m relay as well as a silver in the Women’s 100m; and current Mona Campus students Candice McLeod and Roneisha McGregor who were part of the bronze medal-winning team in the Women’s 4x400m relay. 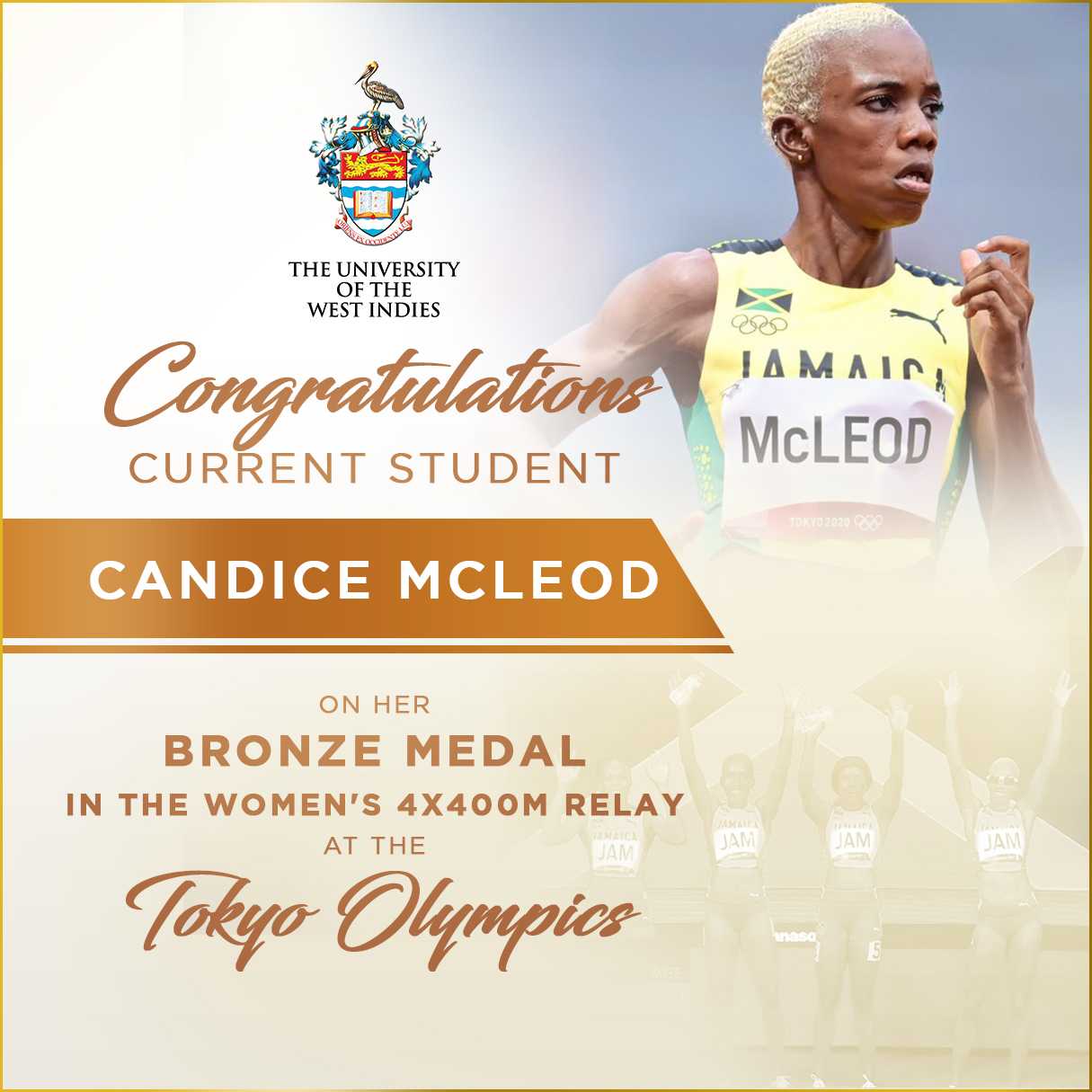 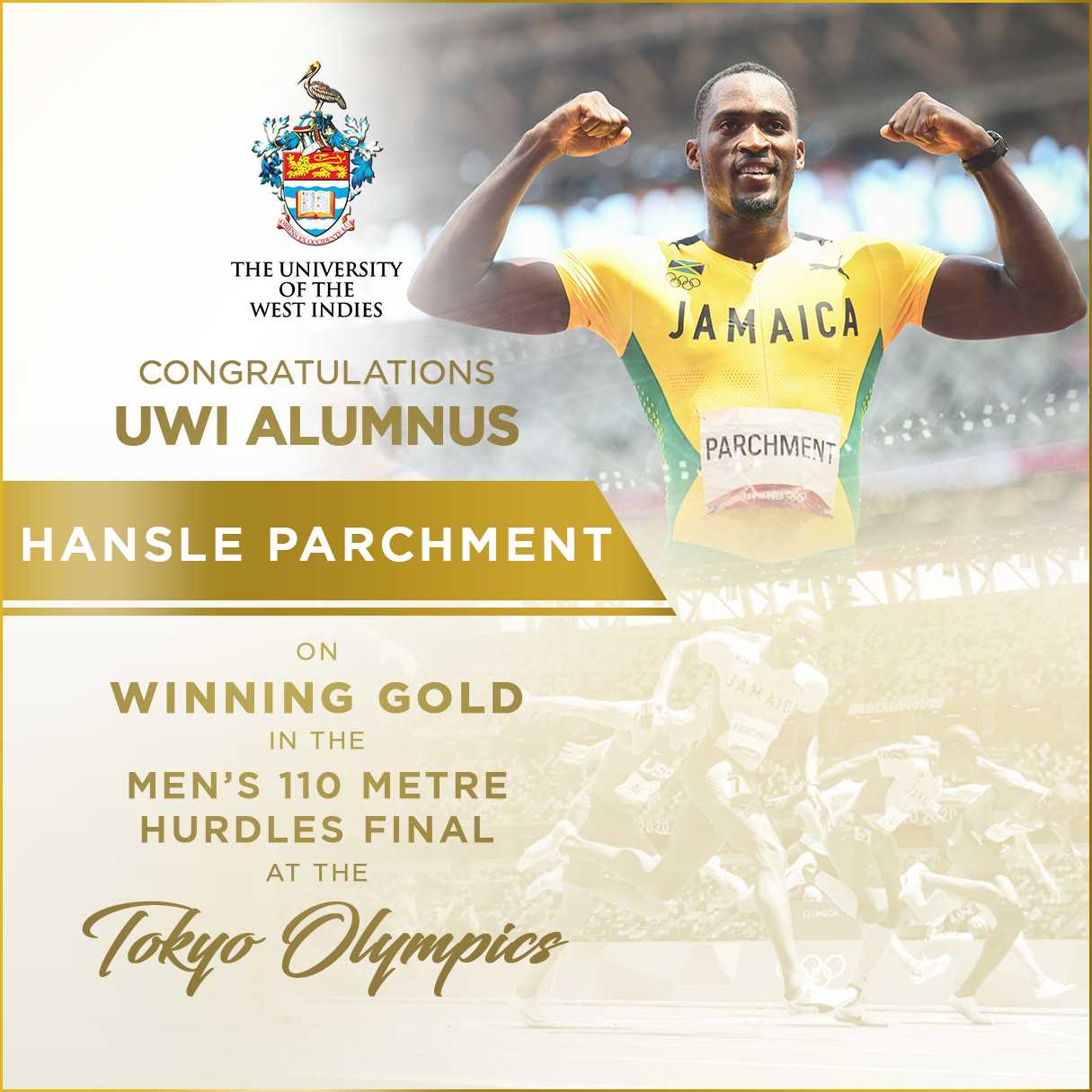 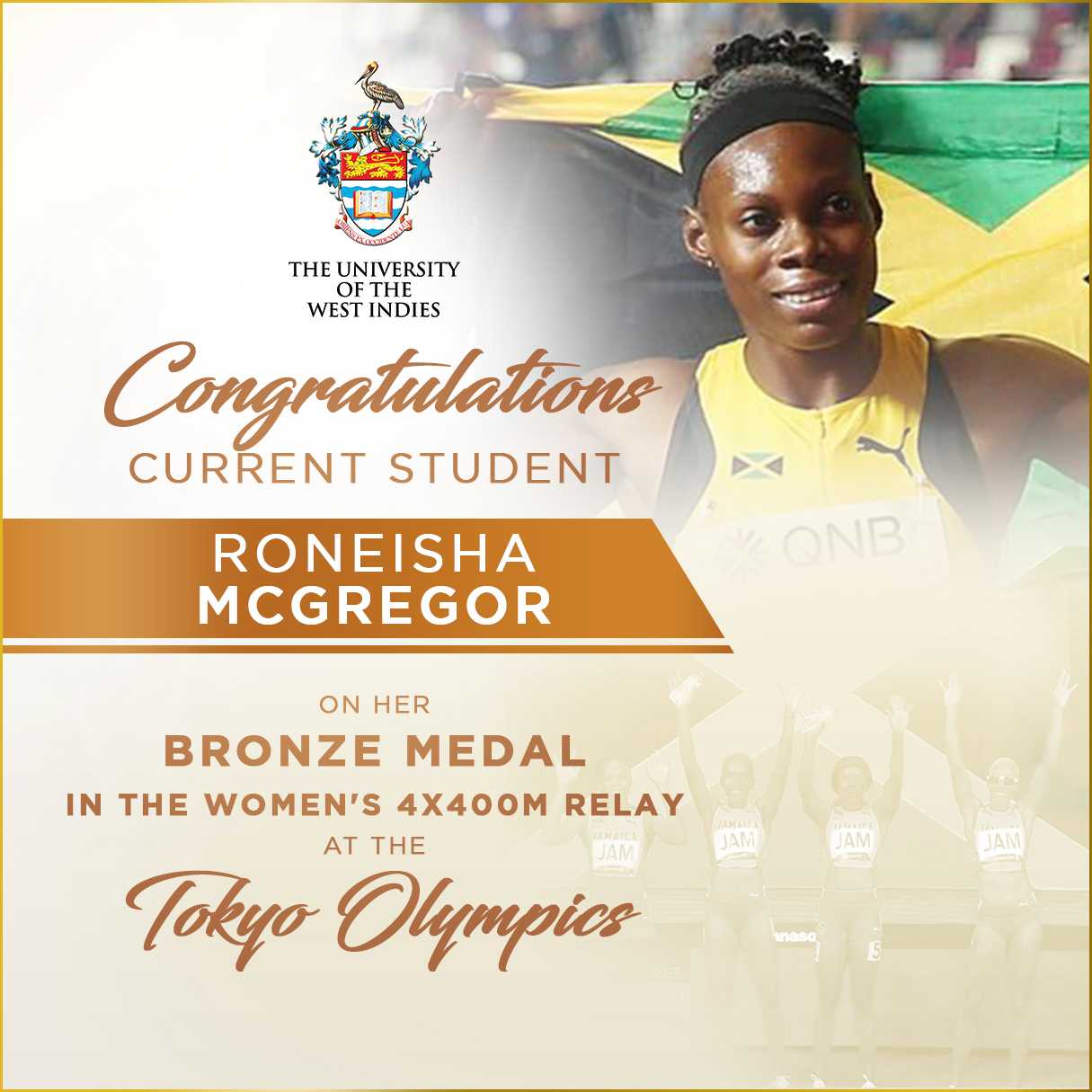 In addition to the athletes, Throws Coach, Julian Robinson and Head Coach, Fitz-Albert Coleman, both from the Mona Campus were also among members of The UWI community participating in the Olympics. Although Coleman didn’t travel to the Games, he is credited with the top performances of Jamaica’s hurdle athletes. Open Campus student, Deon Sutherland doubled as President of the Belize Athletics Association and coach for the Belizean Olympic team and St Augustine Campus staffer, Mr. Shurlan Bonas was one of the massage therapists on the Trinidad and Tobago Olympic team.

As part of its mission, to foster the positive transformation of the Caribbean, The UWI is keen on nurturing and celebrating Caribbean sporting talent and becoming more recognised regionally and internationally as a centre for sports excellence. Towards this objective, the University launched its regional Faculty of Sport in 2017, with Academies of Sport operating at the Cave Hill, Mona, Open and St. Augustine Campuses. These Academies are responsible for sporting and academic activities, provide athlete support at all levels, as well as outreach to communities through sports.

When the 2020 Summer Paralympics begin on August 24, the Faculty will be represented by current Open Campus student, Shauna-Kay Hines who is pursuing a BSc Sport Leadership and Management. She will participate in Para-Taekwondo on behalf of Jamaica.