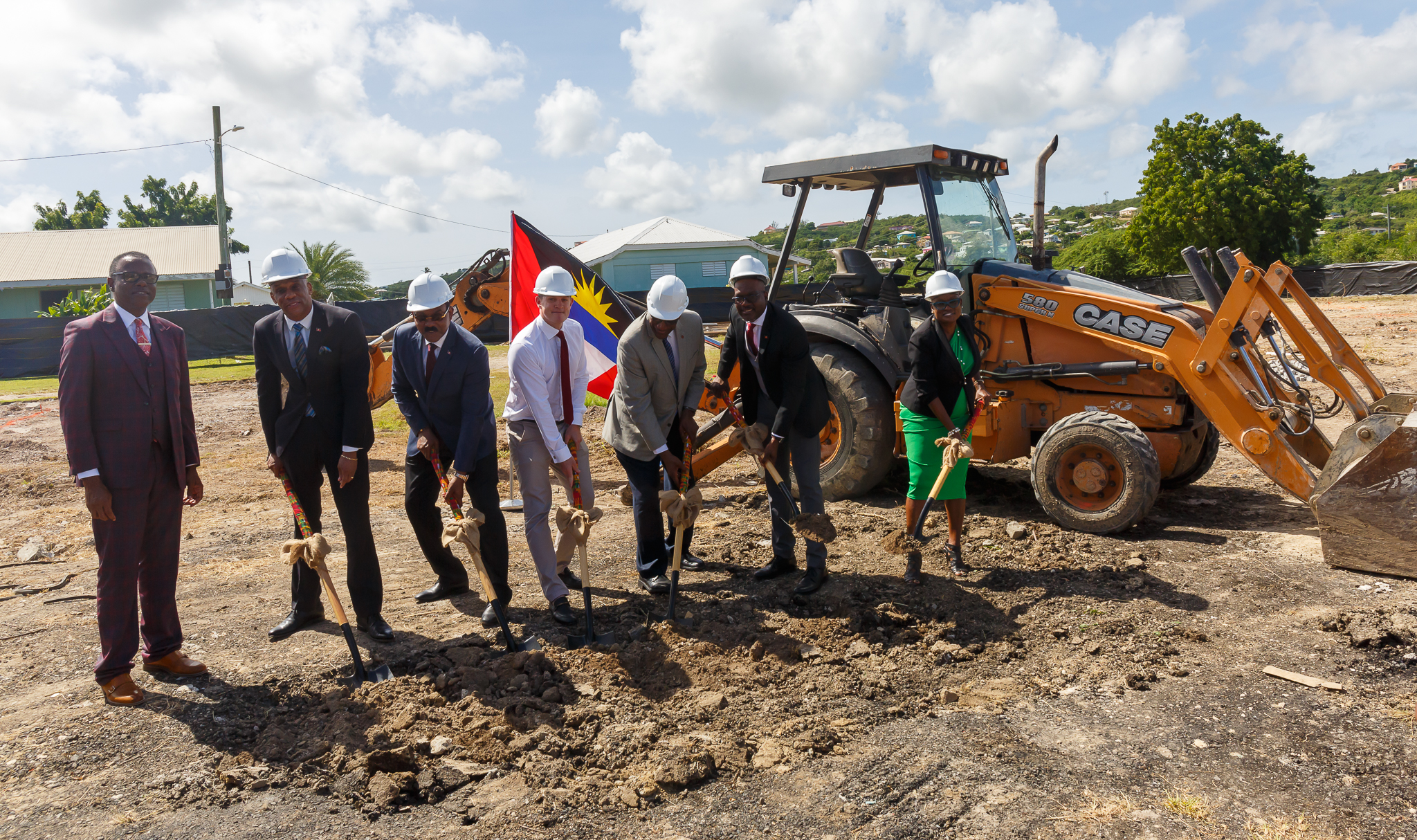 Prime Minister Gaston Browne has reiterated his government’s commitment to the advancement of education as sod was turned for construction of the Harrison Centre Antigua and Barbuda Institute of Continuing Education (ABICE).

In May, a Memorandum of Understanding was signed in London between the government of Antigua and Barbuda and British entrepreneur and philanthropist, David Harrison, for the construction of the facility at Tomlinson.

The new campus will be financed through grant funding of £4 million. 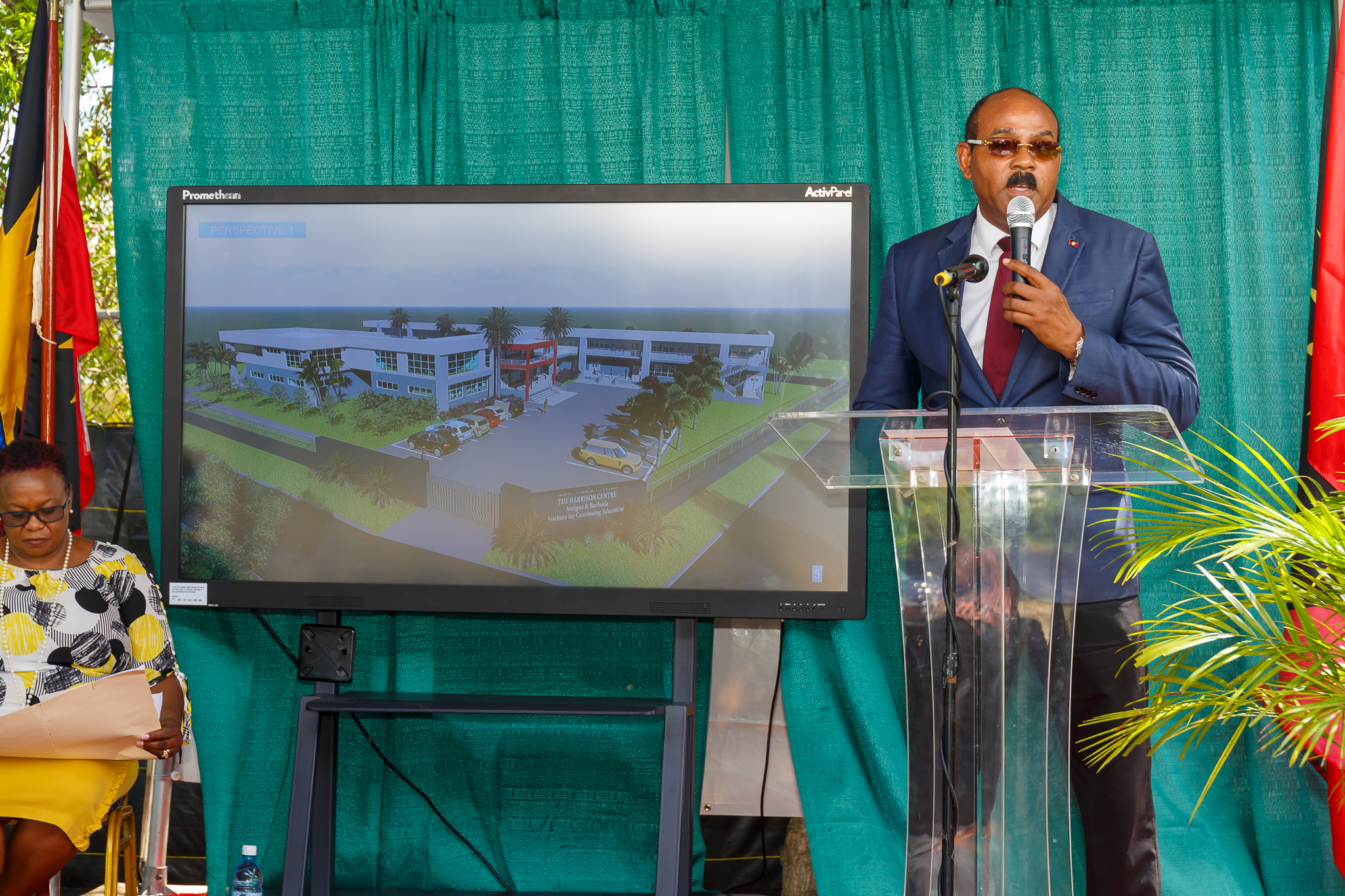 On Monday morning, Prime Minister Browne said the centre, once operational, will serve as a conduit through which students will acquire academic and technical qualifications which will allow them to compete in the global job market.

“When we say next level, it is not a cliché; the very construction of this modern facility is a next-level project and even the courses that will be offered, they will be internationally certified.”

The prime minister appealed to ABICE’s faculty to upgrade their own academic qualifications to avoid displacement once the centre is complete.

“The government of Antigua and Barbuda will extend scholarships for the faculty to upskill. We cannot offer rudimentary training in the 21st century. We want to make sure that when the students leave this facility, that they can compete anywhere in the world.

Browne expressed confidence that his government’s investment in education will ensure that Antigua and Barbuda is “a significantly better place a decade from now”.

Browne said the improvements being made at ABICE are part of his administration’s plan to transform Antigua and Barbuda into an economic powerhouse.

“Our ambition is large and I do not want any Antiguan and Barbudan, no matter your circumstances, to limit your ambition.

“There are many who will continue to scoff at the idea of transforming Antigua and Barbuda into an economic powerhouse and that is because they have limited their own ambition and they do not have any further ambition for future generations.

“I want to make sure that we set the platform now so that future generations can benefit [from] the work we would have done, and that we will have citizens and residents who are globally competitive, who can compete with the best in the world,” the prime minister asserted.

During the sod turning ceremony, Minister of Education and Sports, Daryll Matthew, said the Antigua and Barbuda Labour Party-led government will spare no effort in meeting the needs of those seeking technical and vocational training as education plays a critical role in the development of a nation.

“As a nation that is now 41-years-old, it is incumbent upon us as leaders to close that circle of education, and as all of you will know, education is one of those pillars upon which the growth of any country stands, and it is one of the most effective ways for reducing and eliminating poverty in any country,” Minister Matthew pointed out.