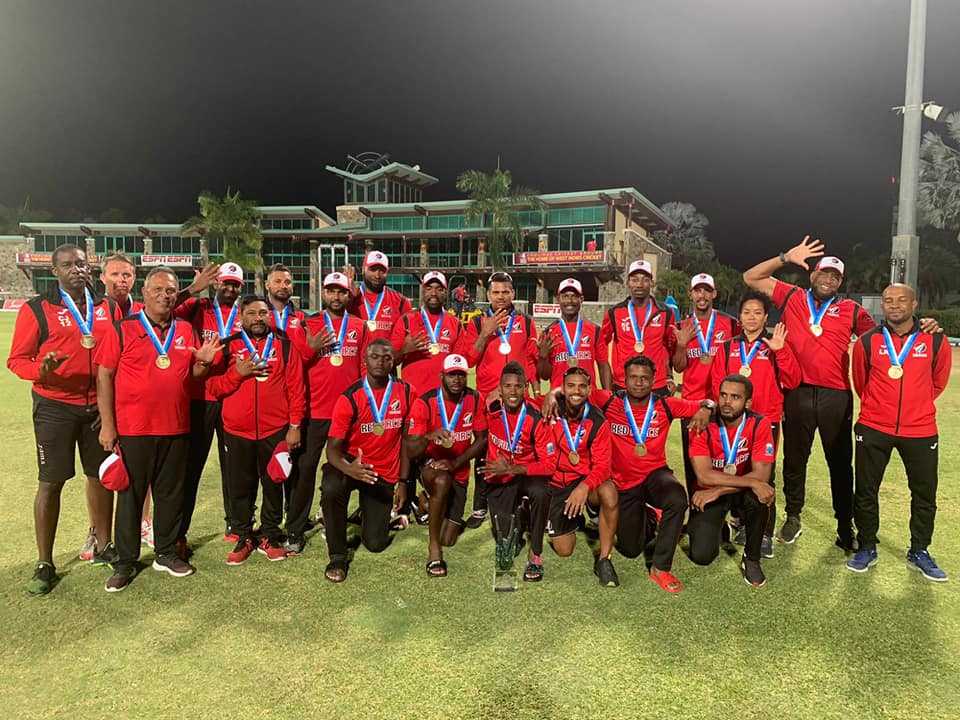 Trinidad and Tobago Red Force maintained their one hundred per cent record in the CG Insurance Super50 tournament over the weekend, rolling over the Guyana Jaguars to secure the Sir Clive Lloyd trophy. They accomplished the stated mission and showcased their dominance – winning all seven matches.

Lendl Simmons made a massive 146 as the Red Force made a whopping 362 for 5 off their fifty overs.

He smashed fifteen fours and seven sixes off 145 balls to register the highest score of this tournament, as well as the highest score by a Trinidadian in the forty-six years of the event. With a mammoth target to chase, Guyana fell well short being dismissed for 210 off 43.5 overs.

Left-hander Raymon Reifer played magnificently to end unbeaten on 97 to follow up his 90 in the semi-final against the Windwards. Captain Pollard said he was delighted with his team performance in the tournament, winning all seven matches to secure the title.