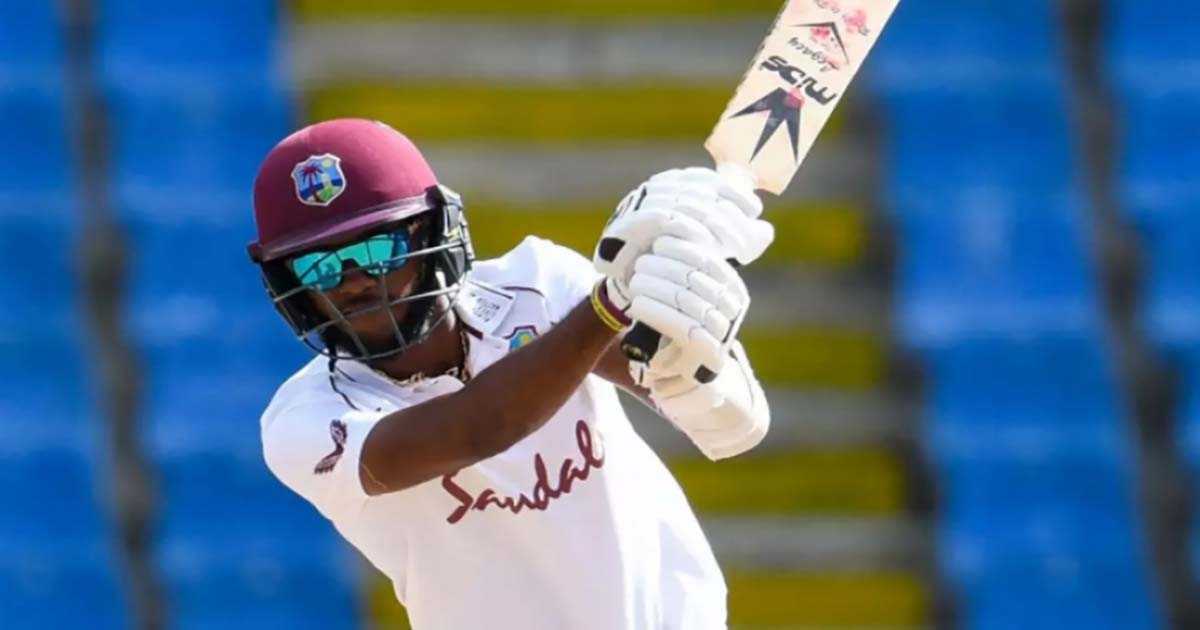 ESPNCricinfo – Kraigg Brathwaite completed a ninth Test century in the first over of the day, before Rahkeem Cornwall and later Lahiru Thirimanne completed half-centuries during a meandering day of Test cricket that ended with neither team ascendant, again.

West Indies’ eventual 354 was more than Sri Lanka would have liked to concede. But at stumps, Sri Lanka had gotten to a reasonable 134 for 3. On a pitch that offered little assistance to the bowlers, they were still in the hunt to haul in the opposition’s lead.

This was, however, a slow day of Test cricket. Only six wickets fell, and despite that, only 203 runs were scored across 86 overs – a scoring rate of 2.36. Only Cornwall batted with adventure, in the first hour of the day, with both West Indies’ and Sri Lanka’s remaining batsmen choosing to dig in on a slow track. The visitors had Dinesh Chandimal and Dhananjaya de Silva not out at the close. Chandimal was 34 off 80; de Silva 23 off 95. Slow.

There had been some excitement in the earliest overs of the day, however, as Brathwaite moved from his overnight 99 into triple figures with a single to fine leg. Cornwall then also completed a half-century, edging a ball behind point for four in the third over of the day.

It was in the first hour of play that West Indies made the most ground, and it was Cornwall who did most of the damage: flicking, punching, driving and sometimes edging fortuitously as Sri Lanka grew visibly frustrated that the eighth wicket had taken them so long. The pair batted through the first hour and wound up producing a century stand, the first of the innings. Their partnership was worth 103 when Cornwall holed out to mid-on to give Suranga Lakmal his fourth wicket, ending with 73 off 92 balls.

Kemar Roach attempted to hang in and managed to stick around for 36 balls while Brathwaite continued to hold his end tight, progressing only gradually. Dushmantha Chameera put an end to the innings though, having Roach caught behind and getting Brathwaite to play on for 126 in successive overs. Still, West Indies had frustrated the visitors for an entire session, and grown their total by 67 runs.

Sri Lanka’s response was sedate from the outset. Although Thirimanne began confidently, driving his second ball through mid-off for four, he quickly settled into a measured rhythm. That first boundary did set up something of a trend as Thirimanne collected four of his eventual six boundaries down the ground. But it was the less ambitious strokes that defined the innings – the blocks, the leaves and the singles square of the wicket. Not long after tea, he reached 50 with a run to point. It was his third consecutive half-century.

Around him though, the top order faltered. Dimuth Karunaratne fell cheaply again. He took a single off the first delivery he faced, remained scoreless for the next 15 balls, then fell attempting an expansive drive off the bowling of Alzarri Joseph. Karunaratne’s thick edge might have passed between the cordon and gully, but Nkrumah Bonner provided the best piece of catching in the series when he leapt hard to his right and clinched the ball one-handed as it threatened to zip rapidly by him.

Oshada Fernando produced an uncharacteristically pained innings, making 18 off 71 as he survived several close lbw shouts before eventually succumbing to a Kyle Mayers delivery that jagged in off the seam. Not long after, Thirimanne fell after inside-edging a Roach ball that hit his pad, then ricocheted into the stumps.

Chandimal and de Silva were meticulous in their defence as they took Sri Lanka through to the close. West Indies thought they had de Silva caught behind in the last over, but his bat had flashed right past the legside delivery from Cornwall bowling a negative line around the stumps, and the hosts lost a review. De Silva padded away the next delivery to end the day’s play.