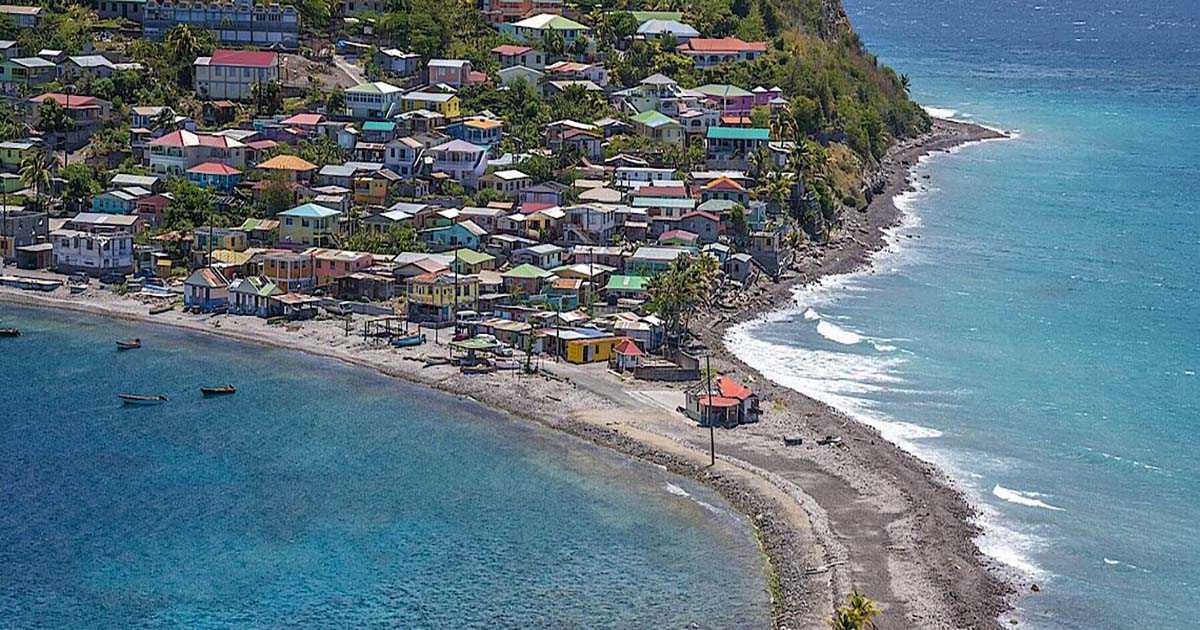 Many of the Caribbean’s sovereign states have enough vaccines to cover their populations. They knew how to profit from international competition

For the small island states of the Caribbean, vaccine diplomacy is crucial to managing the Covid-19 pandemic. Even if their population is barely that of a district of São Paulo, countries like Grenada and Antigua & Barbuda are sovereign states, and as such they have a seat and vote at the United Nations – just like Brazil or Mexico. The 15 states in the Caribbean Community (CARICOM) together have more voting power than the whole of South America. And the current crisis shows how this sovereignty can be converted into a supply of vaccines that larger states can only dream of.

Take, for example, Dominica (not to be confused with the far larger Dominican Republic). With its 70,000 inhabitants, the island had already received 70,000 vaccine doses from India at the beginning of February – not just promised or planned, but actually there on the island, ready to be used. In the meantime, China has stepped forward and flown in more vaccine doses. Dominica has the epidemic under control like no one else: so far, there’s not [been] a single death [from COVID-19] on the island. The number of infected people is 161 – not per week, as on the neighbouring islands of Guadeloupe and Martinique, [which belong] to France – but in total.

Not all Caribbean island nations have a record as spectacular as Dominica. But many are benefitting from the international competition of vaccine diplomacy. Barbados has received 100,000 doses from India as a donation; 40,000 vaccine doses went to Antigua & Barbuda; and additional doses have been sent to other CARICOM states. For a country like India these are not huge quantities. In these small island states, on the other hand, they cover a substantial portion of the adult population. Barbados has already vaccinated over 20 percent of its population, and they intend to cover the entire population by the beginning of May. They are already beginning to offer ‘vaccination vacation’ packages to the tourist trade.

Walking a tight rope between Taiwan and China

Many Caribbean nations have long played Taiwan and China off against each other, to their own advantage. Five of the 15 states worldwide that officially recognise Taiwan diplomatically are in the Caribbean – namely, Belize, Haiti, St. Lucia, St. Kitts & Nevis, and St. Vincent & the Grenadines. In return, they can count on loans and WiFi expansion, public works, and study-in-Taiwan programmes. With the onset of the Covid-19 crisis, they also received masks, rapid tests and ventilators with ‘Taiwan helps’ stickers.

Likewise, the other non-sovereign territories of the Caribbean also have little opportunity for active vaccination diplomacy.

For vaccines, however, Taiwan itself is dependent on imports. To make up for it, the country has made generous promises in the form of post-Covid economic recovery programmes. Since 2016, Panama, the Dominican Republic and El Salvador have switched sides. Taiwan is willing pay significant sums to prevent a chain reaction.

With regard to vaccine deliveries, China is playing its cards right. For example, the Dominican Republic cut ties with Taiwan three years ago. Accordingly, on 17 March, a Chinese plane landed in Santo Domingo with one million doses on board. The arrival at the airport included photo ops with Chinese flags as the cargo was unloaded, and speeches invoking friendship and solidarity. Or, take the case of Guyana. When the country recently allowed Taiwan to open a trade office, Beijing made no secret of its disapproval. So when Guyana’s President Irfaan Ali ‘corrected’ this mistake a few weeks ago, Xi Jingping personally called to assure him of 20,000 doses of the Sinopharm vaccine.

The insignificance of COVAX

Almost at the same time that the Chinese delivered a million doses to the Dominican Republic, the first delivery of the multilateral COVAX initiative, in which the EU plays a major role, also reached the Caribbean. Its 14,000 vaccine doses reached Jamaica on 15 March. Over time, COVAX may have a significant impact; at the moment, however, it’s a matter of ‘too little, too late’.

The US also joined the COVAX initiative under President Biden. Otherwise, US vaccines have thus far played hardly any role in the Caribbean. However, to the extent that the rapid vaccination campaign is progressing in the US itself, this may change in just a few months when the States become an exporter of surplus vaccines. For now, the course of the vaccination campaign in Puerto Rico and US Virgin Islands also demonstrates the peripheral status of US-owned Caribbean territories: Their vaccination rate is still below that of Georgia, which itself is the lowest of the 50 US states.

Likewise, the other non-sovereign territories of the Caribbean have little opportunity for active vaccination diplomacy. Europe’s vaccine shortage affects the Netherlands Antilles and the French overseas departments. While in other respects, the connection to the mother countries promises access to superior social and health services of the ‘First World’, the islands find themselves in the unfamiliar role of looking enviously at the often significantly better vaccine situation of their independent neighbours.

While vaccines from Russia are also used in Argentina, Bolivia and Mexico, they have not yet played a role in the Caribbean – even though St. Vincent & the Grenadines was the first country in the region to approve the Sputnik V vaccine.

The major exception in Caribbean vaccination diplomacy is Cuba. The socialist government has not imported any vaccine – even though it certainly could have obtained one from China or Russia. Instead, Havana is relying entirely on self-sufficiency. Despite the economic crisis, medicine and biotechnology are still powerful and up-to-date sectors. The government is proud that Cuba is the only country in Latin America to develop its own vaccines. The most advanced (‘Soberana 2’) is currently in Phase 3 testing with 44,000 people in Cuba and another test group in Iran. If these prove successful, the nationwide vaccination campaign could begin in the second quarter.

Cuba hopes that its vaccine will become a major export and source of foreign currency. According to the announcement, 100 million doses are supposed to be produced by the end of the year. A video has already been shot inviting foreigners to do their vacations in Cuba ‘with sun, beach and vaccination’. Of course, they also want to help other countries in solidarity with Latin America, Africa and Asia by providing free vaccine deliveries.

Cuba had very low infection rates throughout 2020. But since January the spread of the virus has skyrocketed. In addition to the precarious supply situation, there is also a tense epidemiological situation. Relying entirely on in-house development – and thus forgoing any importation of vaccines – is a high-risk strategy with many unknowns. How effective will the vaccine be, and how safe? When will it be available in sufficient numbers? After all, there is a formidable challenge not only in development, but mass production too, not to mention international certification.

The Caribbean is the most tourism-dependent region in the world. The collapse of air traffic has plunged the entire region into a deep economic crisis. However, the Covid-19 pandemic seems to be leading less to a rethinking of the development strategy than to a desire to open again as quickly as possible – as both safe tourist destinations and a source of vaccinations.

Many Caribbean island nations have achieved remarkable success with skillful vaccine diplomacy. The US and the EU are merely playing a secondary role. The help coming from new friends in Asia may not be entirely altruistic, but rather a quid pro quo in return for relevant voting behaviour or other gestures of solidarity. However, this will cause little concern in the Caribbean in the current crisis, but is rather seen as ‘diversifying relationships of dependence’.