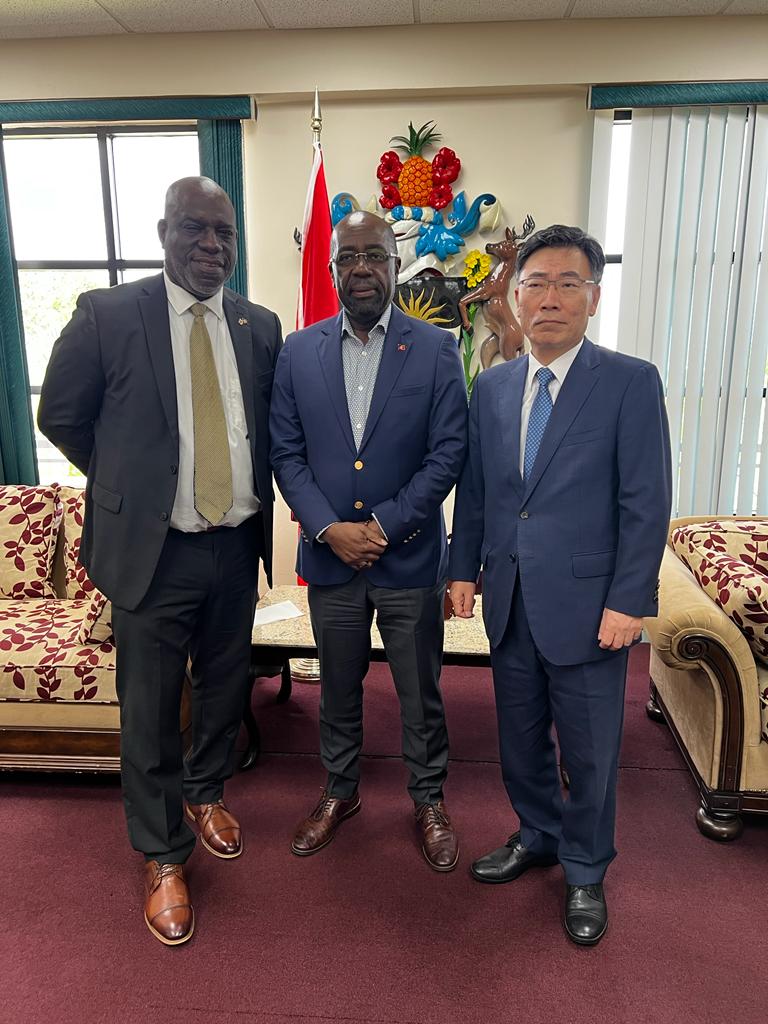 South Korea is seeking Antigua and Barbuda support for its bid to host World Expo 2030.

The request came from the country’s ambassador to Antigua and Barbuda, Inho Lee, who is based in the Dominican Republic, during a courtesy call on Foreign Affairs Minister, E. P. Chet Greene on Tuesday.

During the meeting, the Ambassador Lee presented a brochure titled Humanity and Plant Earth: The time for change is now which highlights South Korea’s strengths and makes the case for why it would be an ideal venue for World Expo 2030.

He described South Korea as a “Symbol of Hope and a Powerhouse of Culture and Technology”, noting that the Asian nation has advanced from being a recipient of aid to a global contributor.

Lee said South Korea is at the forefront in the 4th Industrial Revolution and soft power.

In response, Minister Greene spoke extensively on the relationship that exists between the Republic of Korea and Antigua and Barbuda. Further, he agreed that South Korea is a contributor to developing nations.

The foreign minister also identified the several ways in which Antigua and Barbuda has benefitted from that country’s generosity.

As a result, Greene urged South Korea to continue its assistance to Antigua and Barbuda by making training opportunities available to nationals.