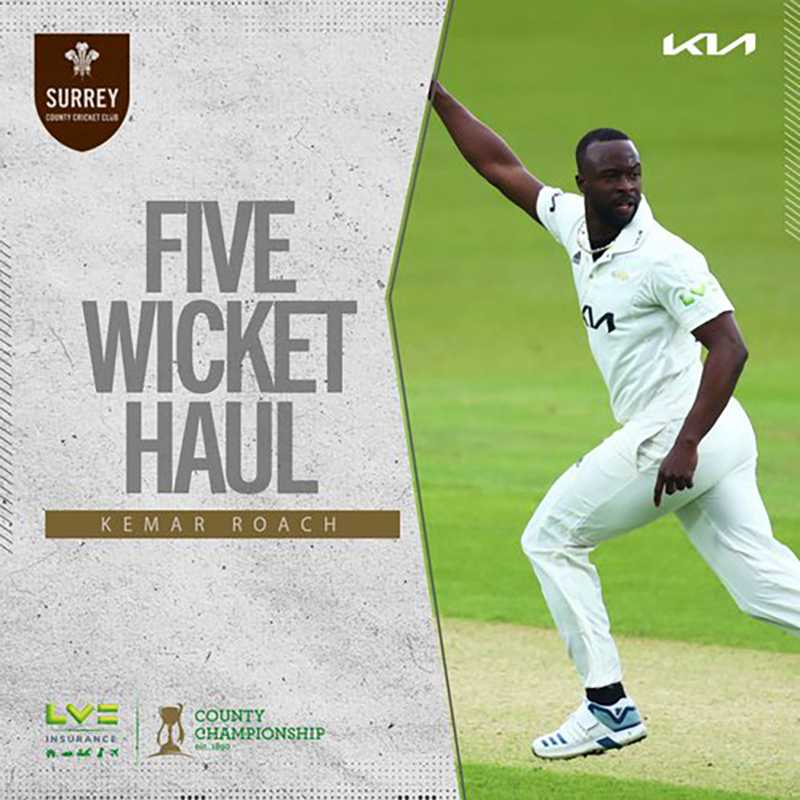 St JOHN’S, Antigua CWI – Our ace pacer Kemar Roach warmed up for the Test series against South Africa with a brilliant four-wicket for Surrey in the County Championship clash against Middlesex at the Oval in London. He ended with 4-61 from 15 brilliant overs to earn the hosts a 30-run lead in the first innings.

Kemar Roach returned and took a superb five-wicket haul as Surrey earned a draw with Middlesex in an exciting finish to their contest Sunday.

Asked to chase 290 for victory on the final day at the Oval, Middlesex 250-6. They were in the driver’s seat at 219-2, then Roach claimed 5-86 with a telling burst which all but ended Middlesex’s victory bid.

The performance left Roach with a nine-wicket match haul following his first innings 4-61, and with 22 wickets from four matches.