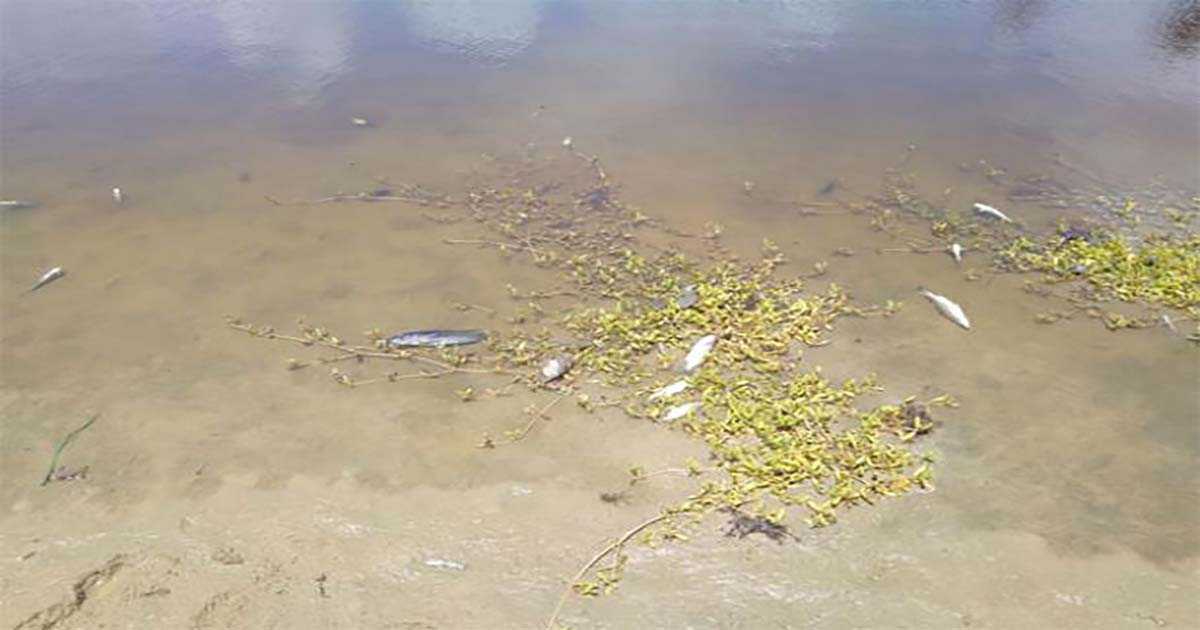 Barbados Advocate – The Sargassum seaweed invasion on Barbados’ eastern beaches has proven to be more than just a nuisance. Most recently, it has been named as the culprit behind a fish kill at Green Pond, St. Andrew. The victims? Mostly tilapia and mullets.

When a rapid response team from the Ministry of Maritime Affairs and the Blue Economy, headed by Minister Kirk Humphrey, went to the scene this week following reports made, it was revealed that the Sargassum seaweed had found its way into the pond and caused a rapid depletion of oxygen in the water, starving the marine life.

Speaking during a briefing at the site, Director of the Coastal Zone Management Unit (CZMU), Dr. Leo Brewster, explained that the seaweed was introduced into the pond by high swells.

“There is a weak point here at Green Pond at the mouth of the entrance to the watercourse, and the waves actually over-tuck the berm, which is the highest point on the beach, and they pushed the Sargassum into the water body and, therefore, that caused the stagnation and depletion of the oxygen in the water body. A lot of Sargassum got pushed in here and it has extended pretty far inland in terms of the amount of Sargassum that was transported by the tide upstream, and that also contributed to the fish kill,” he said.

Pointing out that a number of other lifeforms in the ecosystem could also be adversely affected, Dr. Brewster went on to explain exactly how the oxygen would have been depleted.

“Of greater significance for us is the fact that this area here, because of its nature as an ecosystem, is a brackish water ecosystem and forms a transition point between some of the freshwater/brackish water species that live here and their process for getting out to the sea. When the seawater comes in and is trapped behind that, obviously the salt water will stagnate the fresh water and just totally reduce all the oxygen.”

With the first order of business being the removal of the Sargassum, releasing some of the salt water and the reintroduction of oxygen into the pond, Minister Humphrey said that manual removal of the seaweed is extremely crucial and is set to begin on Wednesday.

Stating that this particular beach is very susceptible to Sargassum inundation due to the high swells normal for the area, Minister Humphrey said that there is a long-term plan in place for the management of seaweed.