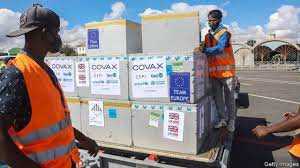 Al Jazeera – Wealthy countries could potentially have a surplus of more than one billion COVID-19 vaccine doses available by the end of the year that are not designated as donations to poorer nations, according to a new analysis

Vaccine stock in Western countries has reached 500 million doses this month, with 360 million not earmarked for donations, according to new research by data analytics firm Airfinity. By the end of the year, these countries will have a potential of 1.2 billion surplus vaccine shots, with the overwhelming majority – 1.06 billion – not marked for donations, it said.

The full report, which focuses on the available supply of vaccines in the United States, the United Kingdom, the European Union, Canada and Japan, will be published on September 7.

Vaccine inequality has been denounced by many prominent health figures and officials. COVAX, the UN-backed global vaccine-sharing scheme, had initially aimed to provide two billion vaccine doses to people in 190 countries this year – including 92 lower-income countries – ensuring at least 20 percent of populations are vaccinated.

However, the wealthy countries’ deals with vaccine manufacturers have limited the vaccines available to COVAX and led to vaccine hoarding.

Last month, the director of the World Health Organization, Tedros Adhanom Ghebreyesus, told reporters he was “really disappointed” with the scope of vaccine donations worldwide as many countries struggle to provide first and second doses to more than small fractions of their populations, while wealthier nations maintain growing vaccine stockpiles.

Ghebreyesus went on to say that of the 4.8 billion vaccine doses delivered globally, 75 percent have gone to only 10 countries – while vaccine coverage in Africa is at less than two percent.

This was echoed by John Nkengasong, the head of the Africa Centers for Disease Control and Prevention (Africa CDC), who described the vaccine rollout on the continent as a “total disappointment“.

Brown, who is a United Nations special envoy, called on US President Joe Biden and other Group of Seven leaders to urgently ship vaccines from warehouses in America and Europe to Africa.

“We are in a new ‘arms’ race – to get vaccines into people as quickly as possible – but this is an arms race where the West have a stranglehold on the vaccine supplies,” Brown said.

The stockpiling has also delayed dose-sharing by G7 countries with Africa and low-income countries, Brown said.