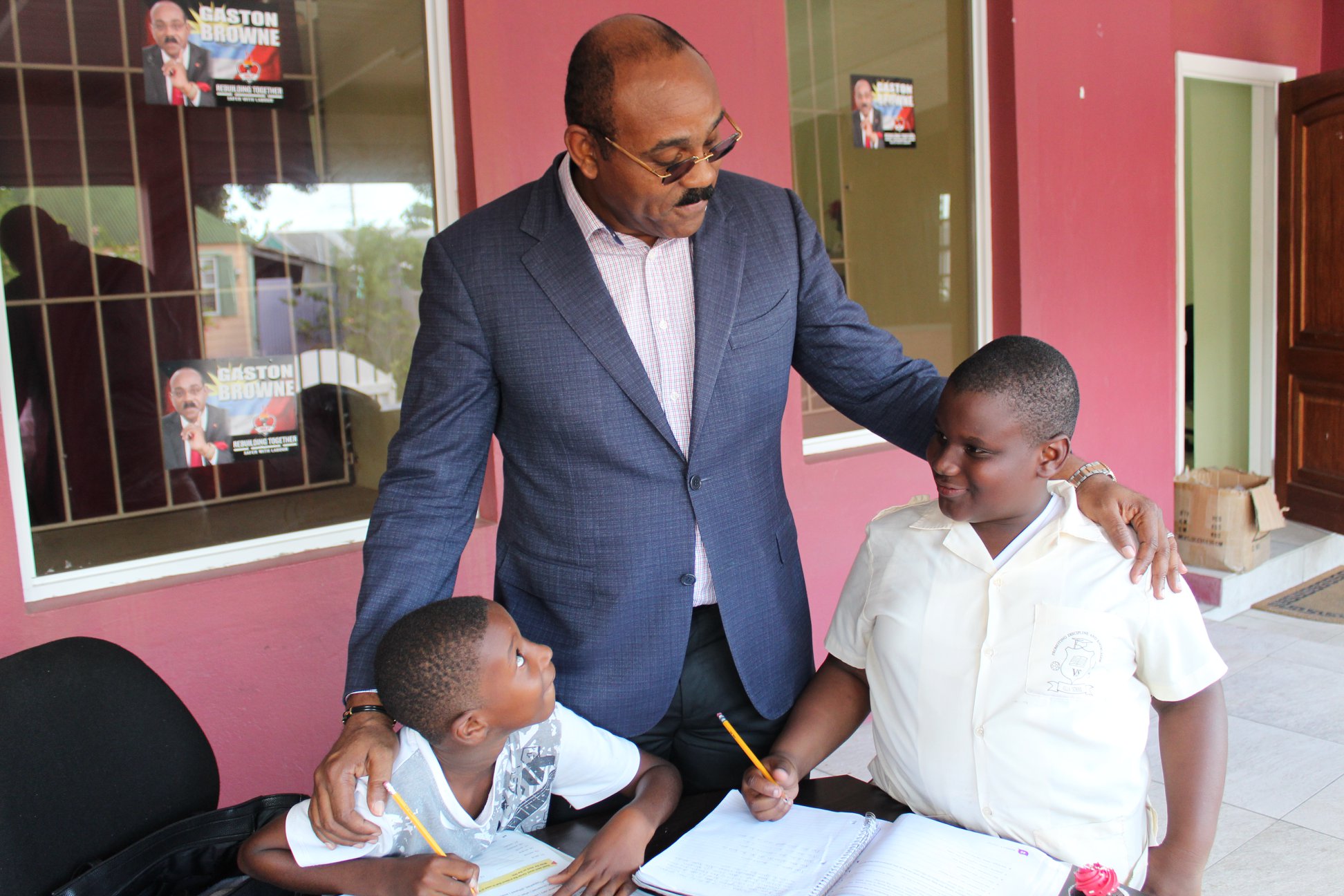 Keiron Murdoch’s resignation as the host of one of Observer Radio’s flagship shows, The Big Issues, has drawn a response from Prime Minister Gaston Browne whose cancelled appearance on the Sunday programme triggered a chain of events leading to Murdoch’s departure.

A statement issued by the prime minister on Sunday opined that the deep rooted, personal hatred high ranking members of the United Progressive Party (UPP) bare toward him has clouded their professional judgement.

His comments took aim at the leader of the UPP, Harold Lovell, and Antigua Observer by NewsCo’s Managing Director, who is the UPP St. George’s candidate, Algernon “Serpent” Watts.

Browne said their unfettered hatred of him, which led to the decision to revoke his appearance on the show, has resulted in the censorship of the information UPP supporters have access to which is intended to keep them in darkness.

Prime Minister Browne’s statement is printed in full below.

“The definition of insanity is doing the same thing over and over again and expecting a different result.

“Observer Media Group and their UPP Allies are going insane.

“They are hell bent on keeping their blind loyalists and unsuspecting supporters/followers in ignorance, even through censorship of discourse.

“He who seeks to undermine, or hide the truth has no moral integrity.

“My political opponents have tried for over two decades to break me without success. As a consequence, they have now resorted to hatred. Their hatred is so egregious that they have become desperate, accentuating every mole hill, or articulation of humour into a mountain of immorality and illegality, without any supporting facts, or evidence.

“I will never allow the limited perceptions of my opponents and the mercenaries who they co-opt from time to time, to define me.

“I know who I am. I am a man of faith; I believe in doing good for the benefit of all. I am a realist, not a perfectionist. I do not practice falsities and fakery. What you see is what you get.

“I believe in and practice honesty and integrity uncompromisingly. And I am empathetic to the needs of all, especially the poor and vulnerable.

“Any guilt surrounding my conduct is for doing what is right and saying what is true, without malice or ill-will.

“The Truth is not always beautiful, and it may be offensive, but inviolable. I stand [always] on the truth.

“Notwithstanding their like, or dislike; no one could justifiably condemn me for incompetence, any act of unintegrity, or malevolence towards anyone. My philanthropy, empathy and kindness is well known and acknowledged.

“UPP’s misleading and dumbing down rhetoric about Gaston Browne & ABLP, is nothing but cheap, unenlightened, valueless politics.

“UPP supporters need to take responsibility to seek other views and information to find the truth. PFM (Pointe FM) is a great source of information and truth, especially the Browne & Browne Show on a Saturday.

“It is frightful to see the amount of people who lack integrity; competence, many of them functionally literate, with past criminal convictions, who are dominating the UPP’s hierarchy and exerting a crudely dumb influence on the institution its supporters.

“As a consequence of their low-level discourse, issues of national, hemispheric, and global interests are ignored.

“The UPP has failed to join the ABLP in discussing:

“The subject of their choice, which has now grown to obsessive proportions, is the demonization of Gaston Browne using lies, half-truths and innuendos.

“The various polls, including theirs, confirmed that they are losing and losing badly.

“The demonization of Gaston Browne is evidently not working.”