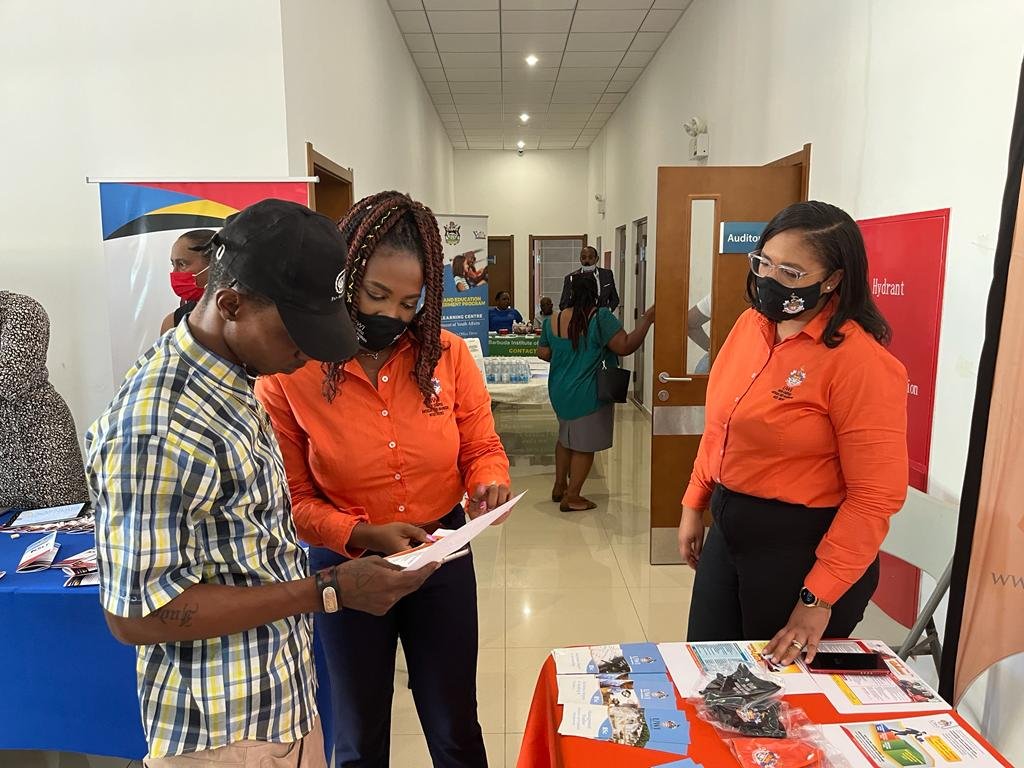 Providing educational opportunities to residents is a key priority of the Gaston Browne Administration and this is evidenced by the $50 million spent annually to this end.

That was the pronouncement of Prime Minister Browne on Tuesday as he addressed the Education Expo at the Villa Community Centre.

The expo was held under the theme, “Youth on the Move”.

The fair brought together several educational institutions which offered information at their booths to the scores of young people in attendance.

According to the prime minister, education has received the largest slice of the annual budget since his government took office eight years ago.

According to Browne, at any one time, as many as sixteen hundred people who all receive government assistance are abroad pursuing tertiary level education.

The assistance offered includes scholarships, student loans and other forms of assistance.

Coupled with those who attend local institutions, the number of people pursuing higher education represents as much as 2 percent of the nation’s population.

Browne asserted that Antigua and Barbuda spends more, per capita, on education than any other Caribbean nation.

“Let me give you some valuable details about my administration’s commitment to education. On an annual basis my administration spends no less than $50 million to support tertiary education. This is primarily for scholarships for those studying abroad as well as those who are registered on online programmes.

“So from the Prime Minister’s Scholarship Fund in 2021, we gave grants totaling $21 million,” he revealed.

He disclosed that the Board of Education awards an additional $8 million which includes the economic costs paid to the University of the West Indies.

The National Student Loan Fund offers assistance to the tune of $3 million annually, and over the past two years, the government has spent $15 million annually to finance the UWI Five Islands Campus.

“When you look at the amount of money spent, especially in 2021, considering that our revenues were down by as much as 40 percent because of COVID-19, this speaks volumes about the commitment of my government to education,” he remarked.

The prime minister acknowledged that there have been times when funds were not readily available because of cash flow issues, however, the government has never wavered in its commitment to assist residents achieve their goals in education.