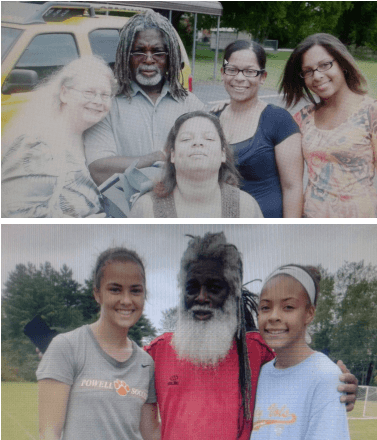 Passion for his country, youths and football

Former national striker, Paget ‘Humpty’ Morris, is still remembered fondly by football fans who recall the 1970’s. Morris was known best for his speed, power and precision finishes at the goal. PointeXpress caught up with Humpty who now resides in Knoxville Tennessee
for the past 28 years.

“I always had a passion for football since the age of 9 and would travel all over Antigua playing football after being discovered by the legendary former national player and
coach Pin Hewlette” Morris noted. Humpty recalled being passionate about the sport even
as a child. He was often taken to task by his grandmother for coming home late from
school because he had stayed back to watch fiercely played Premier League games at the
Antigua Recreation Grounds. Morris’ skills quickly elevated him to the Antigua Barbuda National Team. His first goal at the national level in a match against St. Lucia at the ARG.

“Veron Edwards Sr. picked up the ball in midfield and played a beautiful pass sending me on my way and I finished with a powerful left foot shot just outside the 18 yard box. My second goal was a header against Trinidad and Tobago in a world cup qualifying game,” he shared. Eventually Humpty gravitated to the Church of the Nazarene where he was baptized by Reverend Lee, father of the legendary Luther Lee, who is responsible for many
athletes being able to travel abroad for university.

“A trip to Trinidad for bible school was my next venture and I met my lovely wife Jeanne  Morris in Port of Spain as she was there as a tutor,’’ said Paget. “God was watching over
me and I received a five year scholarship to Southern Nazarene University in Oklahoma. I was so excited. I informed Jeanne who decided to journey back with me to Antigua to meet my family before leaving for the United States in 1982. Knoxville was my first destination where we got married, then journeyed on to Oklahoma for school where I spent three years aquiring a Bachelor of Arts in Religion,” Morris shared.

He now lives in Tennessee with his wife and said his life, guided by God, has been  wonderful. Humpty has three daughters with his wife; Felicia, Joy and Chara, and four grandchildren. Morris, who remains dedicated to football and the development of young people, acquires football equipment which he sends to Antigua to assist young players who are in need.

“I just sent off a shipment to Veron Epilus Edwards Jr. and have traveled to Antigua
and done work with Petra Williams at Dredgebay. I am very happy living with my family and doing what I love the most; one and one training with young prospective talent. I also want to help my country in whatever way I can and hope the authorities will reach out and accept my help as a past national player,” he explained. Morris has also worked with many football academies in the United States.