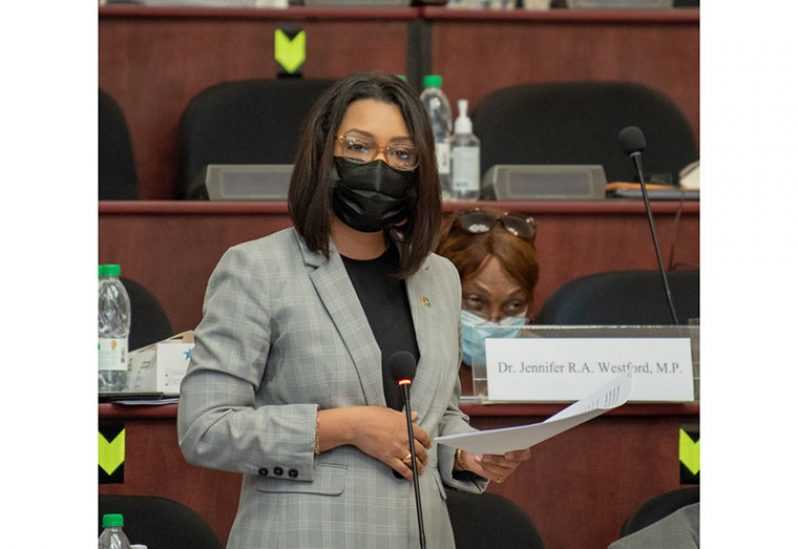 (Guyana Chronicle): In responding to claims from Opposition Parliamentarians that the government has no vision for development, Minister within the Ministry of Housing and Water, Susan Rodrigues, affirmed that Guyanese could expect greater access to water, as the People’s Progressive Party/Civic (PPP/C) administration has set aside over $844 million to increase the supply of this necessity nationwide.

“Under our Hinterland Water Supply programme, the sum of $344 million has been allocated. Given the aggressive nature of the programme, I will make mention of some of the new projects slated for 2021,” Minister Rodrigues said during her presentation on day one of the 2021 budget debates.

Despite heckling from the opposing side of the House, Minister Rodrigues continued to outline the government’s plan, noting that $10 million was allocated for the construction of a pump station and activation of a new well in Port Kaituma, while $14 million was allocated for the drilling of new wells, the installation of PV, storage, distribution networks and service connections for the communities of Waramuri, Huradiah, Khans Hill, Wauna, Baramita, Arakaka and Matthew’s Ridge, in Region One (Barima-Waini).

Some $10 million has also been set aside for the drilling of wells, upgrading of PV systems, upgrade and extension of pipe networks and installation of stand pipes for the communities of Kwebanna and Manawarin, in Region One (Barima-Waini).