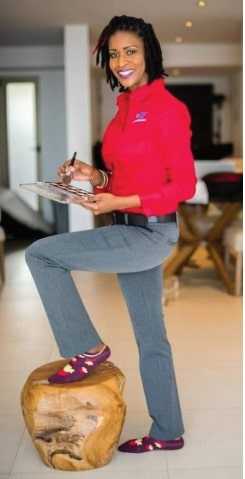 There are many sides to Lisa Abraham, who is also fondly known as ‘LisaLis’ and ‘The Racing Beautician’.

Lisa is a Cosmetologist with a specialty in natural hair, color, aesthetics and makeup artistry. She is also certified in motorsports management, a race car driver, auto motorsports enthusiast, radio personality and DJ and a social media influencer.

On November 15 this year, she also celebrated the one-year anniversary of the rebranding and merger of her two loves; beauty and motorsport.

In a recent sit down with PointeXpress, Lisa gave an overview of the journey to her 1st anniversary of entrepreneurial iteration.  She expressed gratitude to God for providing her with multiple opportunities and gifts. She also thanked her parents for supporting her along every step of her journey.

Her love of cars came naturally. Her father, a mechanic, introduced her to the field early and she grew to love the auto industry.  As a student, Lisa said her lunch breaks were often spent at Antigua Motors and during holidays she found work part-time at Harney Motors which later became her first full time job.

Working in the auto industry fuelled her passion for motor vehicles, but when it came to her passion for racing, she soon developed a preference for Honda built vehicles.

She fondly recalled the childhood chant, “Ah hard me hard in me Honda Accord. Slick me slick in me Honda Civic. Ah rude me rude in me Honda Prelude.”

Lisa said when she first entered motorsport she had a clear preference for the Prelude. Later on, however, she gravitated toward the Integra.

Despite her love of Honda as a performance vehicle, she said she still has a soft spot for Toyota, which she’s opted to go with for daily transport.

Her love of cars did not affect her equally strong passion for beauty and personal care. After completing high school and saving enough money for her education, Lisa attended cosmetology school.  She eventually opened the House of Pamper Unisex Salon & Day Spa which she operated from 2006 to 2016.

In 2014, Lisa was elected President of the Antigua Barbuda Drag Racing Association (ABDRA) where she was given the opportunity to oversee the development and evolution of motorsport in Antigua and Barbuda.

Two years later in 2016, Lisa decided that she would mark her 40th year alive by traveling the world and exploring motorsport in other places. She developed an excellent network during this time which increased her profile in the field and contributed to greater global motorsport connections for Antigua and Barbuda.

This extended absence came at a cost, however, as her business, House of Pamper, suffered a major downturn

“My client pool suffered as a result of putting my all into the other side of me,” she explained.

She continued to travel in 2017, this time funded by Antiga Pro Racing. Never one to let a setback work against her, she also used this time to revamp her business, renaming it ‘The Racing Beautician’.

“I wanted to create a brand that persons could identify me by and I could use to brand my business and by extension myself.  Although I know I would be always involved in many things, motorsports and beauty were the two that were dearest to my heart and I played around with variations of the two and came up with ‘The Racing Beautician’.  It sounded cool and had a nice ring to it so I stuck with it and registered it.”

By 2019, Lisa recommitted to her beauty business and completely retrofitted and rebranded her original enterprise. Her business now operates under the name ‘The Racing Beautician Salon & Day Spa’. 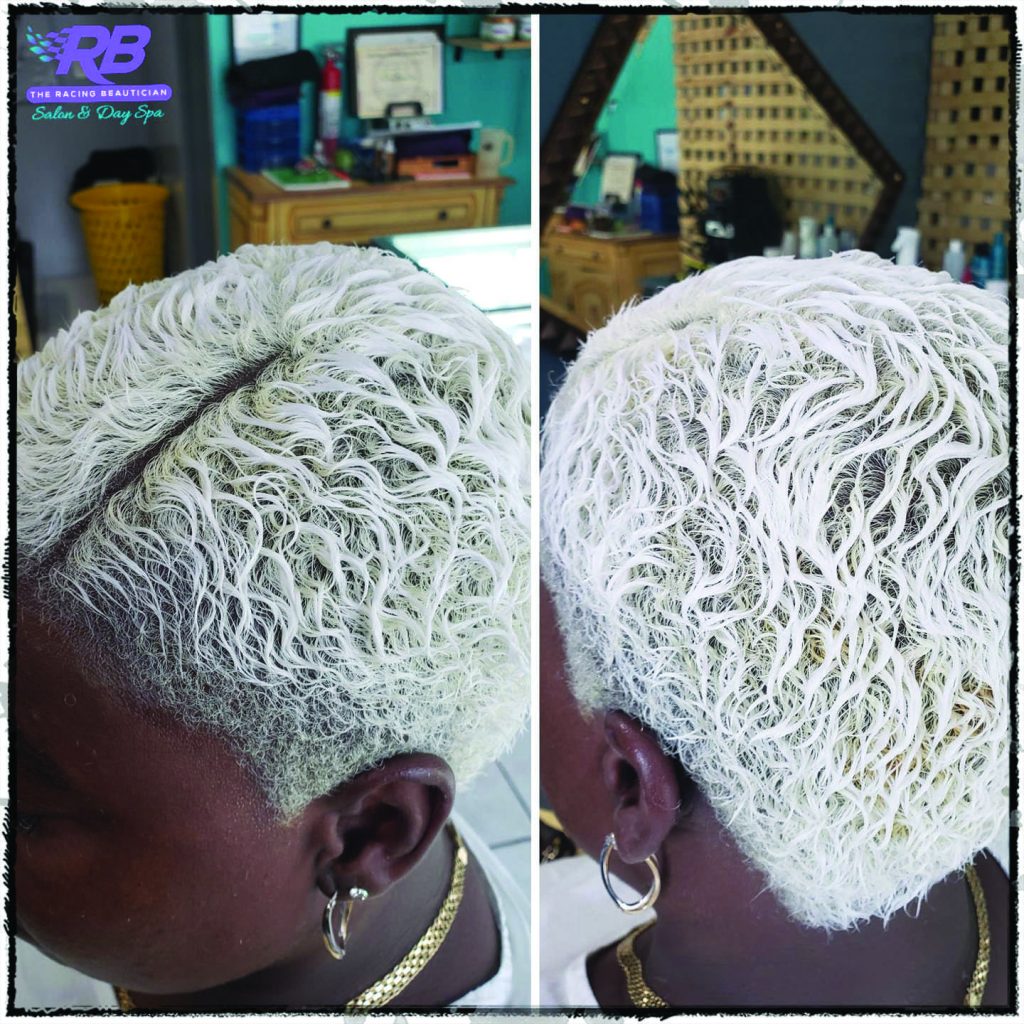 During this period, she also dedicated significant time to her mother who was suffering major health challenges.  She acknowledges the support of Community First Credit Union and her father in financing the project.

Within a few months the global pandemic, together with the responsibility of caring for her mother, she was forced to close her business for several months.  When the country reopened for business and her mother’s health improved, however, Lisa got right back to work.

While business has not returned to its former glory days, Lisa says she is content that her entrepreneurial journey is moving in the right direction.

Among her major business-related challenges is identifying quality staff. Even having provided training to many people, she said this is one factor that is inhibiting her business’ growth.

Naturally, thoughts of drag racing were not too far behind. She indicated that she remains passionate about the sport and continues to enjoy racing events in other parts of the world. Her hope, however, is that motorsport in the region can soon resume here at home and in the region.

Asked to outline her most impactful decision since her entrepreneurial evolution, The Racing Beautician said that would be her commitment to supporting female entrepreneurs.  Networking opportunities brought her into contact with a hair and skincare line from St. Kitts Nevis which she uses exclusively for clients’ facials and also provides retail. The relationship has proven very successful.

Combining her roles as a businesswoman and an influencer, The Racing Beautician launched ‘Add some boost’  a pay-it-forward initiative in which two female entrepreneurs are identified and whose products she retails at no cost to them for a year. She sees this initiative as part of her investment in the development of Antiguan and Barbudan entrepreneurs.

Lisa said she is looking forward to the continued recovery of the economy, the growth of her clientele and the return of drag racing.

For bookings and more about Lisa Abraham, follow The Racing Beautician on social media or call 562-5501.