National kite surfer, Tiger Tyson, has been flying under the radar on the sports scene in Antigua and Barbuda. The 18-year-old, who already has a wealth of experience as a kite surfer, has been representing the nation at the highest levels on the world youth circuit. The two-time youth North American/Caribbean champion is very passionate about the sport and says, despite the setback of the COVID-19 pandemic, he continues to train since it’s a non-contact sport. 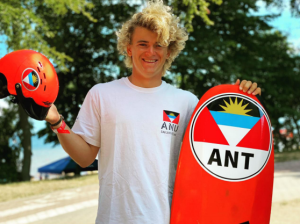 “I do most of my training at Jabberwock beach or out at Green Island,” Tyson stated. In 2017, Tyson participated in the Open World Championship, where he was ranked number. In the Youth Olympics in 2018, he secured fifth place and a year later in 2019 at the Pan American Games he finished in sixth place. Tiger, who also competed in the 2017, 2018 and 2019 World Championships and European Championships, says he is looking forward
to the 2021 Olympics slated for Tokyo, Japan.

Adam Anton is another instrumental figure in the development of kite surfing on the island. Anton says kite surfers are moving toward forming an association in order to better organise and grow their sport. He also noted that kite surfing is a very expensive sport which may be part of the reason why there are not more participants locally. Nonetheless, Anton is encouraging young Antiguans and Barbudans to try kite surfing which is a
very exciting sport. The cost for a startup gear costs in the region of US$1000.00. Intense
lessons lasting between three and seven days at minimum are also required before new participants in the sport will be ready to go out to sea alone. 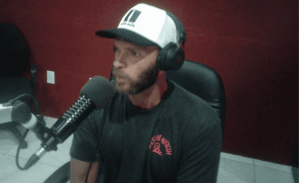 The community of Antigua and Barbuda kite surfers have also expressed that they are eagerly looking forward to 2021 and to the continuation of amicable relations with the Ministry of Tourism. In a conversation with PointeXpress, Anton further explained that kite
surfing has the potential to create revenue for Antigua and Barbuda through sports tourism.

In support of this he pointed to the vast numbers of people from Europe and North America who travel to the Dominican Republic to participate in the sport. Anton, Tyson and other
kite surfers can be found regularly at Jabberwock Beach honing their skills.