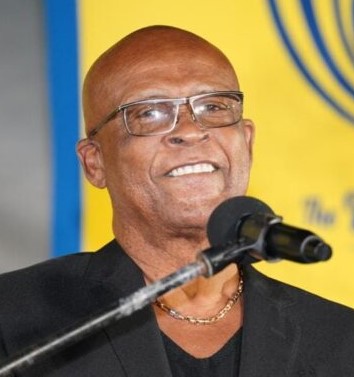 Harry Josiah’s brief period of celebration after walking free on corruption and fraud charges earlier this month came to an abrupt end on Tuesday when the office of the Director of Public Prosecution (DPP) filed a Notice of Appeal with the High Court.

Josiah was served with notice of the DPP’s intention to appeal his acquittal yesterday.

The office of the DPP was taken over by former Chief Magistrate Joanne Walsh recently after Anthony Armstrong’s departure on administrative leave, following his implication in an almost two-decade old legal scandal in Jamaica.

Josiah’s legal woes began in September 2014 when he was general manager of the Antigua Barbuda Transport Board (ABTB). Following an investigation into the operations of ABTB, the statutory body’s former boss was slapped with eight counts of corruption and four of fraud in March 2015.

He was accused of allegedly performing his duties for the purpose of obtaining company vehicles and causing the same vehicles to be transferred to other people by virtue of a forged document.

Genevieve Phillip, who was charged along with Josiah and appeared as co-defendant, was accused of fraudulently acquiring one of the cars.

For seven years, the matter dragged on until this year on 4th March, when Justice Stanley John dismissed the charges against Josiah after a ‘No Case’ submission by his legal team led by Dane Hamilton QC.

Handing down his decision on the No Case submission, Justice John agreed that the prosecution failed to prove that the ABTB owned the vehicles or that documents were forged by Josiah.

“I am not satisfied that the Crown discharged that burden and placed before me evidence upon which I can reasonably act,” Justice John said.

In relation to Philip who was only charged with abetting Josiah, Justice John continued, “Phillip did not aid and abet Harry Josiah in any corrupt act. If anyone is responsible for aiding, it must be Harry Josiah.”

Josiah and his attorney, QC Hamilton, both expressed the view following the acquittal that the prosecution was politically motivated.

However, shortly after Josiah’s acquittal, Prime Minister Gaston Browne called the matter “unfortunate” and said his administration had no interest then, or now, in pursuing the issue. Browne pointed a finger at his cabinet colleague Dean Jonas, who was the chairman of ABTB in 2015, as being responsible for launching the Kem Warner audit that led to the police investigation, and ultimately, the charges of corruption against Josiah.

He noted, however, that the executive branch of government does not interfere with the operation of the judiciary, therefore, it is now in the hands of the court to decide the outcome.

Harry Josiah will return to court for the next chapter of his legal battle when the OECS Appeals Court next convenes in Antigua and Barbuda.