GUT leader Jude Bartholomew: “I will not be intimidated” 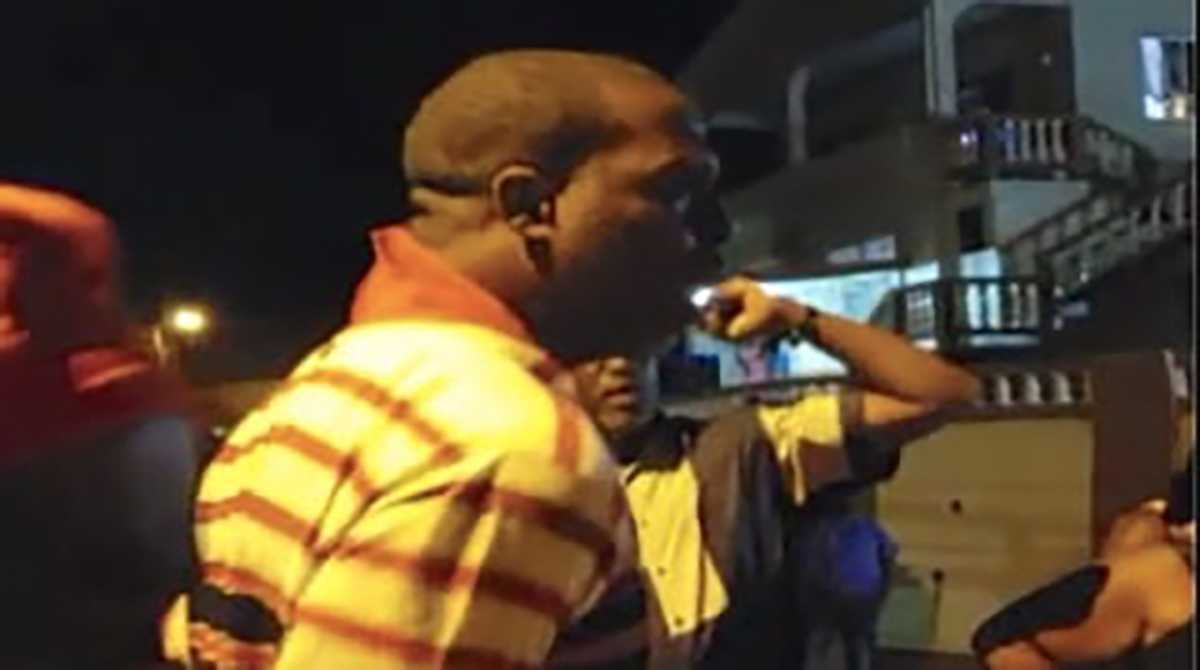 “I think that the government has made a big mistake.”

The New Today – Those were the words used by newly elected President of the Grenada Union of Teachers (GUT), Jude Bartholomew, minutes after he walked out of the St. David’s Police Station Saturday night after he was interrogated in what is believed to be a criminal investigation being carried out against him by the Royal Grenada Police Force (RGPF).

Bartholomew was called in for questioning by members of the Criminal Investigation Department (CID) of the police force in connection with an alleged breach of COVID-19 protocols during the 7th April protest in St. George’s by teachers over the four per cent salary and wage increase issue.

Flanked by the leaders of three other unions – Senator Andre Lewis of the Technical & Allied Workers Union (TAWU), George Mason of the Commercial & Industrial Workers Union (CIWU) and Brian Grimes of the Public Workers Union (PWU) – the new teachers’ boss and an estimated sixty supporters walked from the station to the entrance of the nearby Belle Vue playing field as a show of defiance in what they see as an attempt by the Keith Mitchell-led administration to intimidate the unions in the ongoing four per cent battle.

Several teachers made their way to the St. David’s Police Station when word surfaced on social media that their leader was inside the police precinct for interrogation.

Bartholomew was kept at the station for approximately three hours as he was questioned mainly by Inspector Terrence Mason and Sergeant Tyson Greenidge of the CID main office in the city.

When he was released around 8:00 p.m. to a crowd of waiting supporters, whom he led on the march to Belle Vue junction, he then briefed them on what had transpired earlier in the day and said he wanted to send a clear message that he will “not be intimidated.”

“This is the most proud moment in my life,” the GUT boss said to the cheering crowd of supporters, adding that it is in times like these “that we have to stay firm” in the fight for the four per cent.

“That would never shake me,” he declared.

In an exclusive interview with The New Today after addressing the gathering, Bartholomew indicated that it was just after 3:00 p.m. when three senior police officers clad in plain clothes showed up at his home in Pomme Rose, St. David, requesting that he accompany them to Police Headquarters at Fort George, St. George’s for questioning.