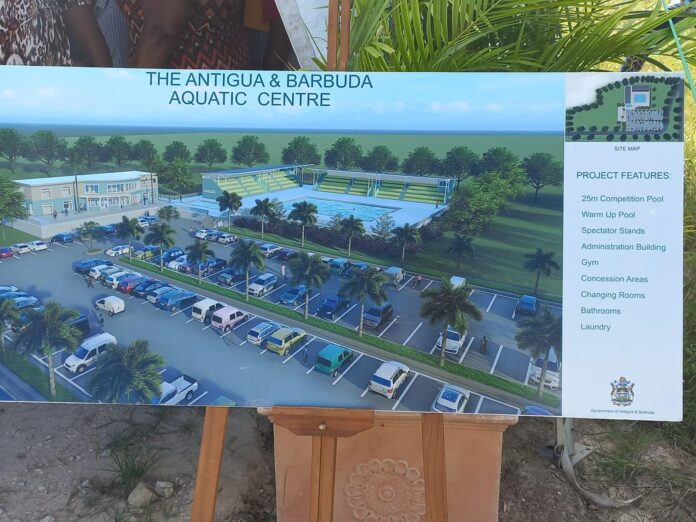 A groundbreaking ceremony was held on Wednesday to signal the start of construction of the promised Aquatic Centre which will be housed at the Sir Novelle Richards Academy in Tomlinsons. 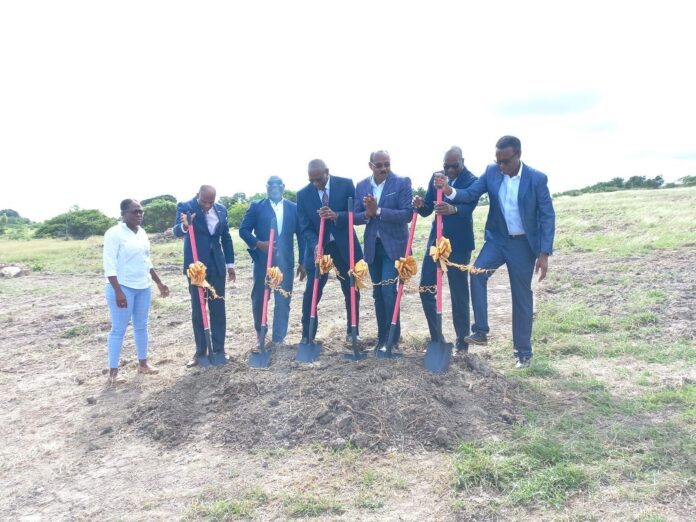 Sports Minister Daryll Matthew said he felt proud of his role in ensuring that this major project gets off the ground.

He also revealed plans for a multi-sport indoor facility.

“It is our commitment to invest greatly in sports infrastructure in Antigua and Barbuda and today is just one of the many others added to the list of complexes and investments the Gaston-Browne administration [has undergone].

“I am happy to say it will not stop here as plans are also being worked on to build a multi-sport indoor facility so that sports like volleyball and netball and basketball can improve upon their standard,” Matthew said.

According to the designer of the Aquatic Centre, architect, Chad Knight Alexander, the completed facility will house a 25 metre competition pool, a warm up pool, two spectator stands capable of accommodating 300 people each, administration building, gym, concession areas, changing rooms, bathrooms and laundromat.

The groundbreaking ceremony yesterday heralded the beginning of the final phase of the development of the facility.

Discussions to begin planning its construction began in 2018. Following intense and involved consultations with stakeholders, including the swimming federation, the design of the facility and elements to be included were agreed upon.

The Gaston Browne administration has been keen to invest in facilities that will support the development of national athletes and promote sports tourism in Antigua and Barbuda.

When the Aquatic Centre is completed, it will have the capacity to support international events.

In his presentation, Prime Minister Browne noted that the secondary pool will be open to the public for recreational use. It will also specifically be used to “introduce youngsters and families to water sports while teaching them the life-skill of knowing how to swim”.

Construction of the facility, according to Minister Matthew, will begin immediately.