Copyright 2021 - All Right Reserved
Home Editorial Give Thanks
Editorial 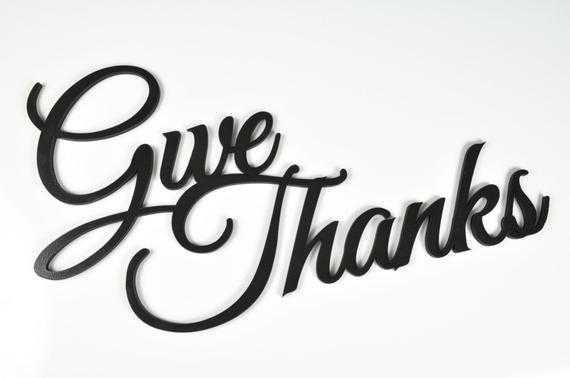 The season of Christmas is a time for celebrating the birth of our risen and ascended Lord, Jesus Christ. While there are those who may argue that the date is misplaced, there are few who would doubt the importance of the yuletide season in Western thought. More than just a season of celebration, it also presents an opportunity for reflection and planning. It is also a season to give thanks!

Readers of PointeXpress would have read, ad nauseum, articles that speak about the extraordinary year 2020 has turned out to be, for all of the wrong reasons. Within the dreary shadows of the dark clouds of this year, there were many success stories that can be highlighted. Comforting has been the number of nationals and residents who have used the challenges presented by the COVID-19 pandemic to awaken their latent entrepreneurial spirit. It reminds of the age old adage that one should never allow a good crisis to go to waste. If necessity is the mother of invention, then it must be true that entrepreneurship is born from that inherent spirit of not wanting to lose, but to conquer. And conquer we did, as a nation!

We have heard the oft repeated calls for the government to announce an economic stimulus injection, similar to what some governments in the OECS and the wider CARICOM region have implemented in their countries. The question has to be asked, though, to what does one refer when one speaks about economic stimulus? Is it simply offering cash to persons who may be in need? The Gaston Browne-led administration has succinctly made the argument that such a move could have had a deleterious effect on the kind of entrepreneurial spirit that came out during the course of the pandemic. Moreover, one has to remember that government resources are not infinite and such a move cannot be sustained ad infinitum.

Nevertheless, there are some things that the government has done that we believe ought to be highlighted, not the least of which is to ensure that all public servants received their full salary, and on time, during the months of the total lockdown. We do not believe that most persons in Antigua and Barbuda understand the enormity of that feat. To put it in perspective, this is what happened: when government revenues were down by as much as 80%, the government paid all public servants their full salaries on time, even while they were at home not working. That singular move ensured that the economy remained alive, even at reduced levels. For that, we ought to give thanks!

Additionally, we tend to forget that there are other social safety nets in place that ensured the shock from the pandemic was much less severe. For example, subsidized utility bills and food vouchers for the elderly, discounts for paying utility bills early for the general population, school uniform grants, school meals, the pandemic barrel, duty free concessions on the purchase of toiletries and disinfectants, additional payments to medical professionals at the forefront of the pandemic response. For all these things, we ought to give thanks!

We should also give thanks to the people of Antigua and Barbuda who despite the inconveniences and difficulties have largely adhered to the health protocols that have been enforced since the end of March this year in light of the pandemic. It has been a remarkable achievement and a show of immense discipline by our people. Because of this, Antigua and Barbuda has done a relatively good job in keeping the number of active cases in single digits most of the time.

We should also give thanks that a stable of the Antigua and Barbuda and indeed the regional skies – LIAT – has returned to its inter-island connectivity role albeit with a limited commercial schedule. The airline was saved from certain death by the government and people of Antigua and Barbuda and now the island is re-establishing itself as truly, the Caribbean Airline.

There were some hiccups along the way when two countries imposed artificial barriers to the airline’s return to their territories, but even those have been surmounted. LIAT is indeed rising like a phoenix from the ashes of despair and under-capitalisation and mismanagement.

The people of Antigua and Barbuda should give themselves a collective ‘pat on the back’ for the understanding displayed with the cancelation of Carnival, limited use of the beaches and no LIVE shows and how through all of this have come creativity and ingenuity that deserve notice and commendation. Well done!

But much more than being proud, we at PointeXpress implore you that when you sit at the dinner table this Christmas to cut into that delicious meal, that mouth-watering ham or turkey,  to  give thanks for the gift of life, for mercies large and small. GIVE THANKS!