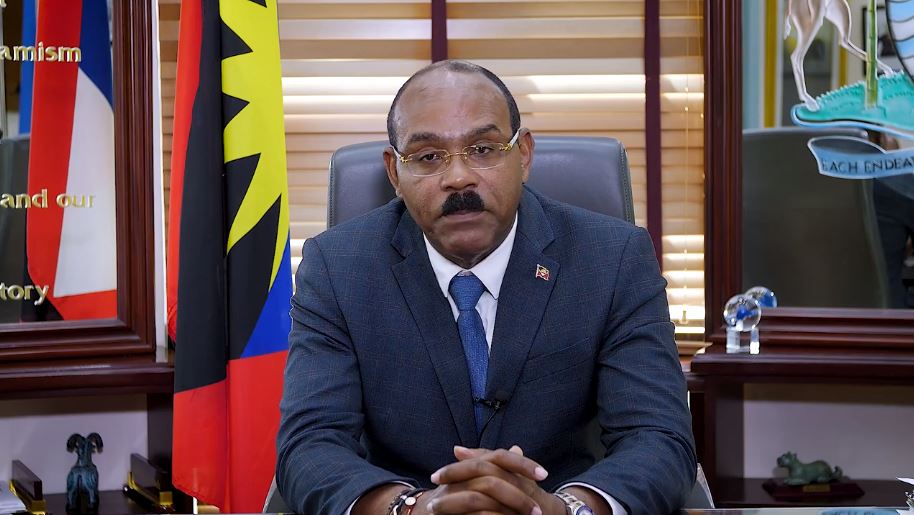 He said that the economy of Antigua and Barbuda, as projected by the United Nations Commission for Latin America and the Caribbean (ECLAC) has grown by a whopping 8.3 percent, surpassing almost all countries in the subregion.

This he said is due to sound government and creative policies implemented by his administration.

The country’s leader pointed out that the nation is now at a pivotal moment as troubling global circumstances have not subsided.  He said to combat these challenges, the country requires tried, tested and successful leadership and government.

“We have before us a fork in the road, and a decision of which path to take. One path was risked before with disastrous consequences, including economic failure, represented by a 25 percent decline in the economy and high unemployment; bank failure which cost taxpayers over $300 million to resolve; fiscal failure that included burdensome debt with over 50 percent in arrears; the imposition of personal income tax; late payments of salaries & wages, and social security pensions; and expanded poverty,” he pointed out.

He noted that all of this occurred under the UPP government with Harold Lovell as the Minister of Finance.

“The other path is the one that has always taken our nation to higher heights of employment, economic growth, and development; that has attracted investments; improved health services; expanded education facilities; increased home, car and business ownership; more than doubled water production; delivered high speed broadband facilities; created opportunities for all; and – most significantly – successfully lifted us up as a nation,” stated Prime Minister Browne.

He also pointed out that in a matter of weeks, Antiguans and Barbudans will be called upon to make a choice between the established economic success of the ABLP administration and the proven financial failure of the UPP and Harold Lovell.

“The UPP choice is worse this time.  Not one of the UPP aspirants to office has any proven successful track record in government, in financial administration and in economic competence,” he said.

Prime Minister Browne said that risking the UPP, is risking retrogression and the country’s future, as well as, the future of the nation’s children.

“For just as it took years to recover the country from the last UPP government, so it will take years to rebuild what we would lose,” he pointed out, concluding that, “the prospects are real, and the future is bright if sound government and visionary leadership continue.”